By Simon Gerard on August 22, 2011 in Articles › Entertainment

Billionaire venture capitalist Peter Thiel is best known for cofounding PayPal and his angel investment that helped launch Facebook out of colleges to the whole world. He made headlines recently in the fall of 2010 with his start-up to get students to drop out of college. This idea was centered around the idea that college isn't always a worth-while investment for some and that the time and money spent would be better used on entrepreneurial ventures.  His Thiel Fellowship plans to give $100,000 grants to 20 students to fund their business ideas.  Two grants have been given already, one to a student to develop a mobile payment system for developing countries and one student to develop space-industry technology to extract resources here on earth.

His new start-up poised to finally earn him the title of most eccentric billionaire, is a new artificial island nation. He has donated $1.25 million to the Seasteading Institute, which is pioneering the idea of starting sovereign nations on oil-rig style platforms.

The Seasteading Institute plans to start its first new nation using large freight ships or cruise ships, with future plans of using oil-rig style platforms. A single platform will be a movable, diesel-powered 12,000 square foot structure and is estimated to hold a population of around 270. With a successful platform, they plan on building and connecting more platforms to expand the new country. The eventual goal is to have hundreds joined together by 2050 holding millions of people to establish a United Nations recognized country that is open to trade with existing countries for food and energy.

The concept relies on the fact that all land on earth is claimed by existing governments. Once you get 200 miles off the coast you're in international waters, where countries have no direct jurisdiction. This new nation will follow a Libertarian ideology and run more like a business than a government. This small scale nation would be much more flexible and forward-thinking than existing governments and plans to be profitable and run much more efficiently and eco-friendly.  There will be no minimum wage, welfare, bureaucracy and few restrictions on weapons. It will serve as a floating experiment to test governmental policies, hoping to inspire existing governments with what they find successful. 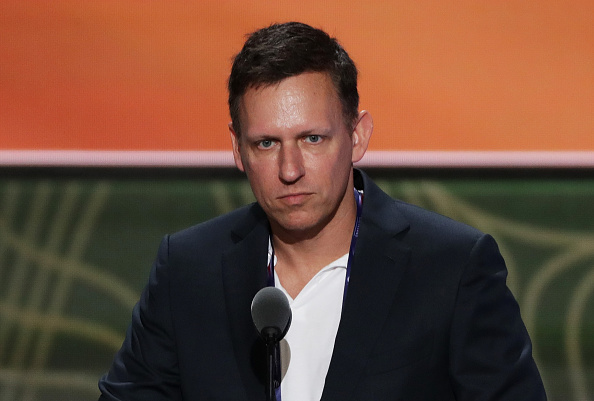 At a Seasteading Institute conference in 2009, Thiel said "Since they don't think it's possible they won't take us very seriously. And they will not actually try to stop us until it's too late. The Seasteading Institute plans to start by launching a platform of offices off the coast of San Francisco, with full-time floating settlements by 2020. The first full settlement is also planned to be situated off the San Francisco coast in international waters. If you ask me, I'd stick in the Caribbean somewhere for the warmer climate. The warmer climate would also decrease the demand for coffee, hopefully saving space with fewer Starbucks locations.

With many disbelievers and critics of this utopian idea, at a Seasteading Institute conference in 2009, Thiel said "Since they don't think it's possible they won't take us very seriously. And they will not actually try to stop us until it's too late."

Here are my predictions for what will happen to this new country:

-It will become a reality TV show

-It will turn into Las Vegas

-Exactly what happens in the movie "Water World"

What do you think will happen? Would you move to a lawless floating island country?