By B. George Young on February 16, 2015 in Articles › Entertainment

Paul Gauguin's "Nafea Faa Ipoipo" (When Will You Marry?) just became the most expensive painting ever sold.  The final price? $300 million.

The beneficiary of the $300 million is a retired Sotheby's executive named Rudolf Staechelin, who lives in Basel, Switzerland. Staechelin owns over 20 pieces of artwork through his family trust. Gauguin's "When Will You Marry?" has been on loan to the Kunstmuseum Basel for almost 50 years. While the buyer of the painting is unknown, sources say it was purchased by someone in Qatar. The Qatar Museum did not comment on the purchase of the artwork. Rumors have been circulating that it was the Royal Family of Qatar itself that bought the piece. 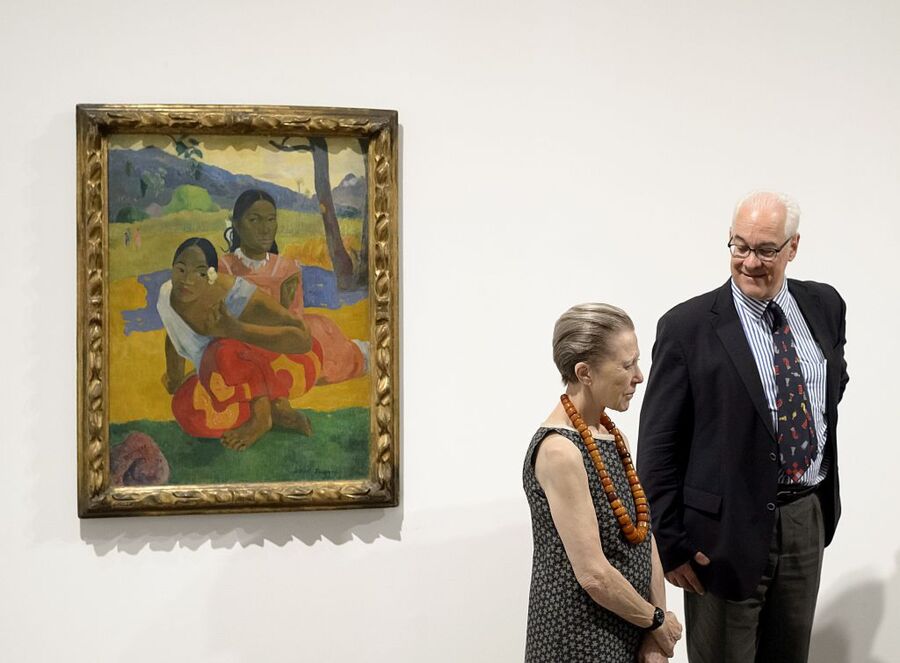 The Royal Family in Qatar is known for being highly selective art collectors with extremely deep pockets. In fact, they are responsible for the previous, all-time record of the most expensive painting sale, when in 2011, they paid $250 million for Paul Cezanne's "The Card Players." The record before that was the sale of Pablo Picasso's "Le Reve (The Dream)," which sold for $155 million in 2013. The piece was formerly owned by casino magnate Steve Wynn and inspired a show at Wynn Las Vegas.

So what prompted Staechelin to sell the outrageously expensive painting? His family's trust decided to end its loan to the Kunstmuseum Basel museum after a small dispute. It seems the family trust wanted the piece to hang at a top museum with no lending fee and for it to become part of a permanent exhibition. Staechelin's grandfather, who was also named Rudolf, originally obtained the art for the collection. Grandson Rudolph chose not to hang the works in his family home because they were too expensive and he wanted everyone to be able to appreciate their beauty.  Selling the painting can also help him diversify his assets.

The Kunstmuseum was also about to close for renovations, through 2016. For a few days it waived admission fees and let a record crowd of 7,500 people take a last look at the Gauguin piece.  Art enthusiasts can still get a look at a special Gauguin exhibit in Basel, at the Beyeler Foundation. It will then go to the Reina Sofia museum in Madrid, Spain, and then the Phillips Collection in Washington.