By Simon Gerard on August 26, 2011 in Articles › Entertainment

Paul Allen, tired of double parking his mega-yachts out front, is selling his private island for $13.5 million, almost half his asking price of $25 million in 2005. Allan Island (named after a Navy hero who discovered it) is found off the coast of Washington, covering 292 lush, green acres.  He first picked it up back in 1992 with the plans to turn it into a full vacation retreat. He never fully developed it. It has a private wood lodge, with separate staff facilities and residence, along with installed plumbing. It also has an airstrip and a dock. It remains very private, but is not far from the coast and features views of the Olympic mountains.

Just a reminder, Paul Allen is most famous for co-founding Microsoft. Along with Bill Gates, he lives in Washington State and also dropped out of college.   He also founded Vulcan Inc. which manages his investments and philanthropic endeavours. Through this Allen has a permanent place among the world's richest. Unlike Bill Gates, who is more known for his philanthropy and charities, Allen is more known for balling out. 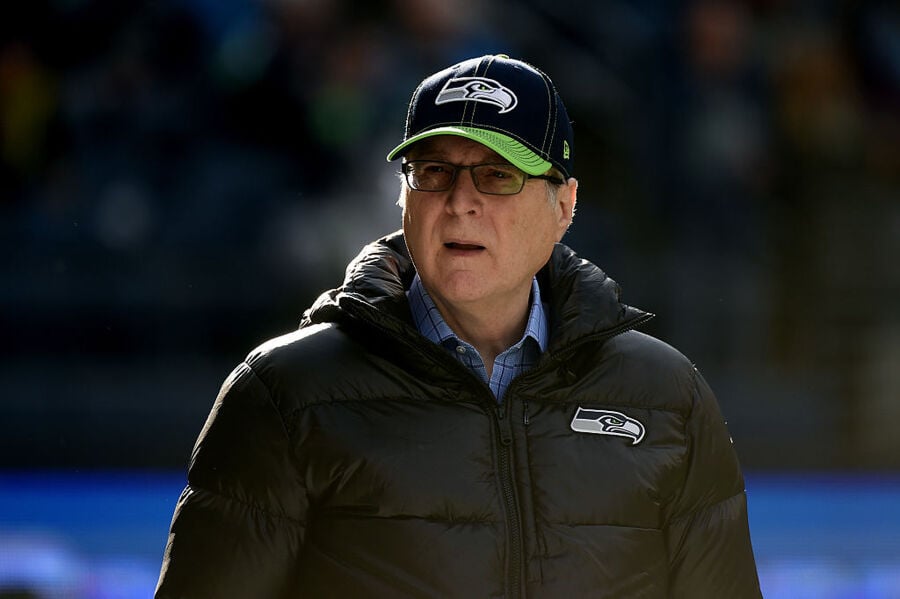 He owns not one, but two professional sports teams, with the Seattle Sea Hawks and Portland Trail Blazers. He bought the Trail Blazers in 1998 from Larry Weinberg, a Californian real estate developer. The Trail Blazers are valued today at around $350 million. When former Seahawks owner threatened to move the team to Southern California, Allen figured he'd buy that too, for $194 million. The Seahawks are worth almost a $1 billion today.  He is also co-owner of the Seattle Sounders soccer team, which he probably reached into his back pocket to chip in for.>

Outside of his real-life fantasy sports teams, he has an impressive collection of grown-up toys.  He owns a collection of collectable aircraft, including a buying his own MiG-29 jet fighter in March 2011. No price has been disclosed, but the plane is in working order. Allen plans to move it to a location where he can actually use it.  Allen made headlines earlier this year, selling his Boeing 757 for $100 million to Donald Trump. The 757 is twice the size of Trump's current 727, which he is having trouble selling for $8 million, most likely because of its gold-plated sinks and two conference tables. The average private jet owner probably only has one conference at a time and doesn't want to be blinded in their bathroom by reflecting gold. Allen has been reported to own two 767s himself, among smaller private jets.

His most famous toys are of course his mega-yachts. The "Octopus" is 414 feet long and when finished in 2003, it was the biggest yacht in the world (it's now the12th). It has a swimming pool, basketball court and music studio (in case he wants to take up rapping). It has two helicopters, one in the front and one in the back, so you don't have to walk all that way. It also has seven boats hiding in there somewhere, a bunch of jet skis and two submarines. One submarine he can control by remote from the yacht.  It cost $200 million to build and $384,000 a week to run.

His second mega-yacht, used mainly to make grocery runs, is the "Tatoosh" and is 303 feet long and cost $100 million. It has a, two custom boats, 5 sea-doos, movie theater, swimming pool, a limestone fireplace and a lobster tank. He only had one helipad on this one, but it's big enough to fit two.  If you're interested, he's trying to unload this one for around $150-$170 million. 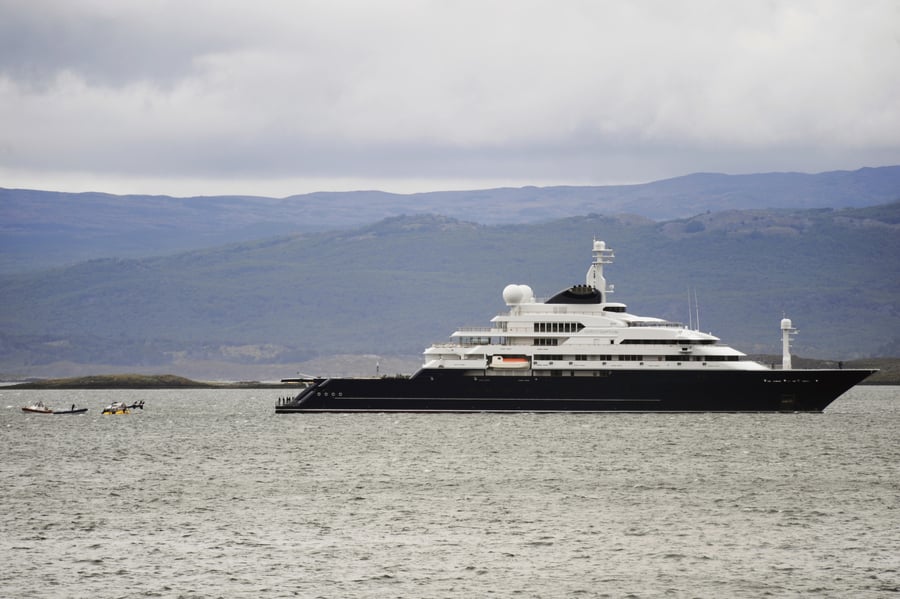