Patrick Soon-Shiong Is The Richest Doctor In the World And The Richest Person In Los Angeles. Now He Wants To Buy The Clippers.

Earlier today, Shelly Sterling (estranged wife of racist slumlord billionaire Donald Sterling) announced that she will accept offers this week from people who are interested in buying The Los Angeles Clippers. The list of potential bidders features some very familiar names like Magic Johnson, Steve Ballmer, Larry Ellison, David Geffen, Oprah Winfrey and Dr. Patrick Soon-Shiong. Wait, what was that last name? Patrick Soon-Shiong? Most people reading this (especially if you live outside of Los Angeles) are probably hearing that name for the first time. And despite not being nearly as famous as fellow bidders, this former surgeon and son of South African Chinese immigrants, is already considered the front runner. So who is this stealth billionaire? And how on earth does someone go from being a humble surgeon to the richest person in Los Angeles, the richest doctor in the world, a Lakers minority owner and the potential majority owner of The Clippers???

Patrick Soon-Shiong was born to Chinese immigrants in South Africa on July 29, 1952. His parents fled China during the war with Japan in the 1930s and settled in Port Elizabeth, South Africa. His parents owned a small grocery store where his father specialized in selling herbal medicines. After graduating from high school at the age of 16, Patrick earned his medical degree from the University of the Witwatersrand in Johannesburg at the age of 23. His specific focus in school was the pancreas because he wanted to study what many consider the most complex organ in the human body. Next Patrick earned a Master of Science from the University of British Columbia before moving to Los Angeles for surgical training. At UCLA, Patrick performed the first successful pancreatic transplant on the West Coast of the United States. He hadn't turned 30 years old yet.

From Humble Surgeon to Multi-Billionaire

If you've ever been friends with a child of Chinese-immigrants, you are probably well-aware that Patrick's career up to this point is the ultimate dream come true even the most demanding tiger mom and dad. High school graduate at 16? Doctor by 23? Soon after turning 30, Soon-Shiong, became a full-time faculty member at the UCLA Medical School. While working at UCLA between 1983 and 1991, Patrick was published in over 100 scientific papers and successfully filed for more than 50 patents.

Apparently the academic and medical life wasn't intellectually satisfying enough for Dr. Soon-Shiong. In 1991, Patrick left UCLA and founded a biotechnology company called Abraxis BioScience. Using his father's connections in China, Patrick set out to create a generic drug manufacturer. Nothing crazy. Just a run of the mill generic medicine company. Instead, the company ended up developing what would eventually become a revolutionary drug used in the treatment of breast, lung and pancreatic cancers. The drug, Abraxane, was approved by the FDA to treat chemo therapy resistant breast cancer in 2005. The European FDA approved the drug in 2008. By 2009, Abraxane was generating $315 million in revenue per year. In 2010 Abraxis BioScience, which was still solely owned by Patrick Soon-Shiong, was acquired by American biotech company Celgene for $3 billion in stock. Over the next three years, Celgene's share price soared nearly 200%.

And as it turns out, this acquisition would soon be Patrick's SECOND biggest success in the business world! In 1997, Patrick founded a company called American Pharmaceutical Partners (APP). APP's goal was to manufacture generic intravenous medicines. By 2008, APP was generating $750 million per year in revenue, of which roughly $300 million was pure profit. In July of 2008, a German-based company called Fresnius SE agreed to acquire APP for $5.6 billion. At the time of the transaction, Patrick Soon-Shiong owned 80% of APP's shares. That put an additional $4.6 billion in Patrick's pockets before taxes. 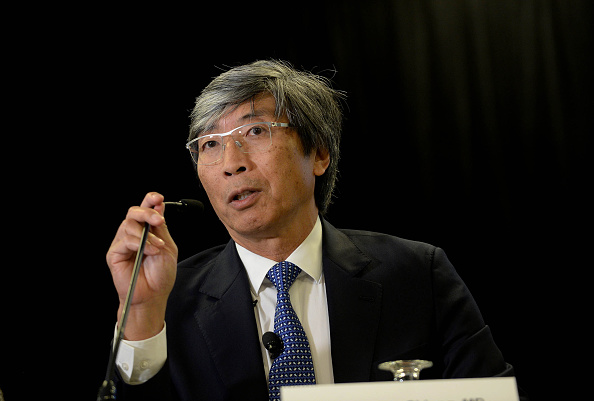 Not one to rest on his laurels, Soon-Shiong founded another company called NantWorks in September 2011. Nantwork might be Patrick's most ambitious project yet. The company's goal is to use big data, algorithms and the cloud to help doctors diagnose and treat diseases exponentially faster than they can today. Nantworks' the health division, NantHealth, has developed a super computer that is able to analyze and transfer the genetic data from a tumor in under a minute. This is considered very important to the scientific community and has contributed greatly to the Cancer Genome Atlas.

Patrick is a member of the Gates-Buffett Giving Pledge which means he has vowed to give away at least half of his fortune. He was named Los Angeles healthcare champion of the year in 2013 after he donated $136 million to St. John's Health Center in Santa Monica, California. (Side note, this hospital is 10 blocks from where I live and where I am writing this article). Patrick also vowed to donate $100 million to reopen Martin Luther King, Jr. Hospital, a much-needed county hospital in South LA. This helped restore a vital healthcare facility that serves a mostly lower-income population.

With a current net worth of $10 billion dollars, Patrick Soon-Shiong is currently the richest person in Los Angeles and the richest doctor in the world. In 2010, Patrick used a small portion of his fortune to purchase Magic Johnson's 4.5% ownership stake in the Los Angeles Lakers. Magic famously signed the deal from his iPhone while flying on a private jet. The purchase made Patrick the largest Lakers owner outside of the Buss family. With the transaction, Soon-Shiong also acquired Magic's four courtside Lakers seats. He can frequently be seen at the games high-fiving fellow courtside owners Jack Nicholson, Denzel Washington and Jimmy Iovine.

As we mentioned in the first sentence of this article, earlier today Donald Sterling's estranged wife Shelly announced that she was accepting offers to buy The Clippers. As you probably have heard by now, Sterling is being forced to sell the team after he made a series of extremely racist comments to a girlfriend who happened to be recording their conversation. Though the Clippers have traditionally been an embarrassment in the NBA, thanks to stars like Blake Griffin and Chris Paul, the team has literally never been more valuable than it is right now. In 2012 the team was valued at $430 million. Today, it is being reported the starting bid is $700 million. Sports columnist Bill Simmons from Grantland.com conservatively believes there is no way The Clippers will sell for less than $1.5 – $1.75 billion.

So will Patrick pony up the dough to become the majority owner? $1.5 billion would be a fairly large chunk of his net worth. But when you've got another $8.5 billion lying around… do you really care? Or even notice? Either way, Patrick Soon-Shiong is an astoundingly impressive person and I look forward to seeing what he does next in life!