By Joseph Gibson on November 15, 2015 in Articles › Entertainment

The Bible is where the phrase "money is the root of all evil" originates, but churches remain a pretty dependable way to turn a profit. That's especially true of "megachurches" like the Southern Baptist Elevation Church based in Charlotte, North Carolina, which pulls in an estimated half a million dollars every weekend in donations from attendees alone, but unlike most churches in which those same attendees help make financial and other operational decisions, worshippers at Elevation Church have had no say in, and in fact aren't even aware, of how much head pastor Steven Furtick makes in a given year.

Furtick's personal finances are the subject of some controversy lately, as the pastor recently gave his first public interview in seven years to a Charlotte TV station. During the interview, he holds firm on his decision not to reveal personal financial details, such as his salary with the church, saying that he knows he has "to have integrity" in his personal lifestyle as a public man of God and on the grounds that to reveal specific details of his salary would violate divine mandates about being discreet in one's charitable contributions:

"To go on record and say, 'Here's how much money we've given away and here's what we do with our finances' – to me, that would be the most arrogant thing that I could do and it would rob me of the blessing of doing what Jesus said, which is, 'When you give, you don't get up and tell everybody how much you've given.' … (And) I wouldn't do that to my wife and my kids." 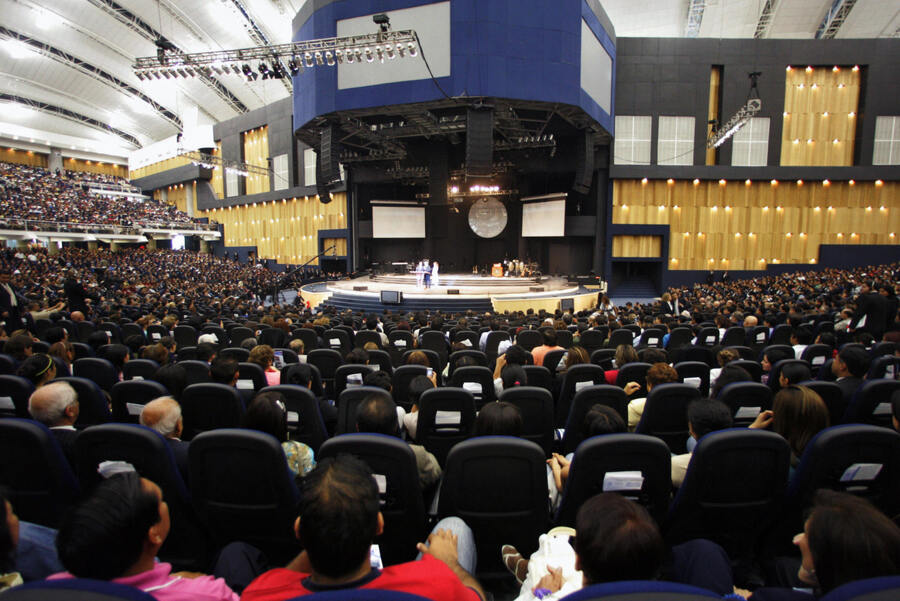 Of course, it's no secret that Furtick and his Elevation Church are doing very well, as the church continues to expand with expensive facilities that are reported to have cost millions of dollars to build. That's in addition to Furtick's recently built 16,000-square-foot gated property, the source of much of the ongoing controversy surrounding his own personal wealth. Interestingly, the TV interview, which recently aired on WCCB-TV in Charlotte, is said to have taken place at the church, rather than in Furtick's home (a photo of the mansion was aired as part of the interview, however).

Despite any criticism that may be directed toward him, Steven Furtick says that he plans on continued growth for Elevation Church (and, presumably, his own bank account), stating that he hopes to one day count 100,000 people in his congregation.