By Joseph Gibson on February 25, 2019 in Articles › Entertainment

It's been a while since we've heard anything about the growing controversy regarding Salvator Mundi, which became the most expensive painting in the world, back in 2017, when it sold for a record-breaking $450 million. Since then, the painting has been subject to increasing scrutiny and questions regarding its authenticity as a true work by master Leonardo da Vinci, as well as where it was even located at any given time. Now, it reportedly appears that the famous Paris Louvre "will not show" the painting due to those questions.

Jacques Franck works as a consultant to the Louvre on restorations of da Vinci's work, and he tells the Sunday Telegraph that it's more than a question whether the painting is not truly Leonardo's work, but rather in all likelihood the product of the artist's workshop or possibly even a later artist. He even went so far as to say that those in the know at the Louvre and in high-level politics "know that the Salvator Mundi isn't a Leonardo." 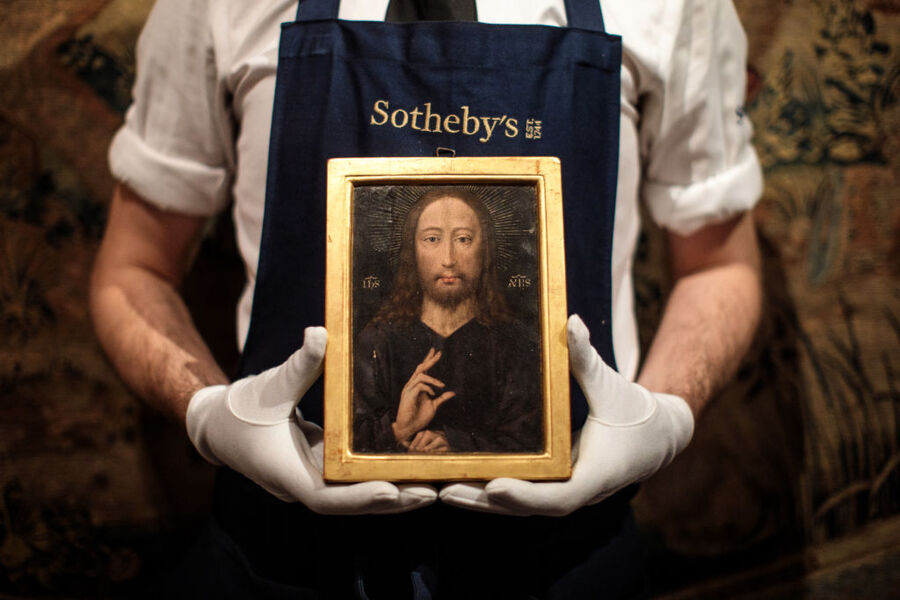 Franck wrote a letter to no less than French President Emmanuel Macron advising against exhibiting the painting, saying that to do so would qualify as "almost scandalous." He went on:

"The Louvre is the dominant museum collector of Leonardo in the world. They have the Mona Lisa, Saint Anne, Saint John the Baptist, the authentic version of The Virgin of the Rocks, and plenty of drawings.

"It would be a shame to have a 'workshop Leonardo' next to the Mona Lisa. I wrote to Macron not to inaugurate the exhibition if it were to be so. A lot of politicians have told me, it must be stopped. Macron cannot compromise himself inaugurating an exhibition where not-a-real Leonardo would be next to the Mona Lisa, presented as a beautiful masterpiece… Unthinkable."

The Louvre's big da Vinci exhibition is slated for this fall, and it remains to be officially announced whether the painting will be displayed as work by da Vinci, a workshop piece, or at all. A spokesman for the museum tells the press that "[t]he answer will be given in October," so you can the art world to stay tuned.