By Simon Gerard on August 18, 2011 in Articles › Entertainment

Her regular appearance on the "most hated person in America" list by E-Poll Market Research, well known for their celebrity rankings, hasn't slowed her takeover of Asia. Paris Hilton's business ventures in Asia continue to expand with a new line of sunglasses, a new Paris Hilton store and a new luxury resort partnership in the Philippines.

While ranked 8th "most hated person in America", Paris was met with a huge reception on a recent visit to the Philippines, greeted by hundreds of fans and journalists, she showered with gifts everywhere she went. She also met with world boxing champ and Philippines congressman Manny Pacquiao and his wife, who are proclaimed Paris fans. There were even rumors that she would meet the Filipino president, which started a controversy when a top Filipino model said the president should have better things to do with his time This caused a backlash through Twitter from Paris fans, stirring up the local press, which led to an official statement from the government saying it was just an rumor.

Paris visited the Philippines to promote the opening of her fourth boutique store under her name in the country. The Paris Hilton store sells only her products, many of which she designed, selling (you guessed it) handbags and accessories. Her other venture in the Philippines is her partnership with Century Properties, a Leading real estate firm, to let her design the Azure Beach Clubhouse and be their official ambassador. The firm says that her success as a business woman, her travel experience, her position as a fashion icon and zest for living the good life shows that she's perfect for the job.

This beach clubhouse is part of the popular new Azure Urban Resort, which is an award-winning mini-city like design by architectural firm Broadway Malyan. Themed after famous beach destinations such as St. Tropez, Rio, Santorini and Positano, it features an open park, zen garden, multiple playgrounds, pools, waterfalls, bars, volleyball courts and more. The Azure Beach Clubhouse is already set to have a restaurant, THX movie room, children's area, gymnasium, massage/spa facilities and function rooms.  With pink being her official favorite color we'll have to wait to see the aftermath. There was no official mention of complimentary purse dogs and hidden night-vision cameras being installed in the rooms.

Continuing on a line of branded sunglasses released in 2009, she also has a Asian line of eyewear coming out, that will include frames, sunglasses and colored contact lenses. Beakstalk, a global brand licensing firm, has set up this deal with a leading Asian eyewear manufacturer called the OEM & Design Firm. The Paris Hilton branded eye is scheduled to be launched by Paris personally in February 2012 at the Shanghai Optical fair. She plans to sell her product line through department and specialty jewellery stores across Asia, including China, Hong Kong, Japan, Malaysia, Singapore, Taiwan and also the Australasian region. 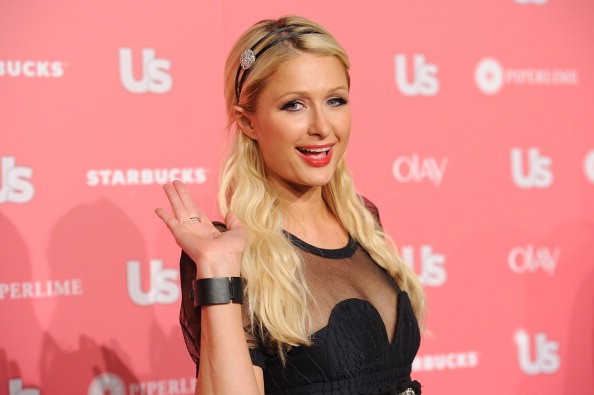 In 2007, Paris was cut-off from her portion inheritance from Barron Hilton, her grandfather and son of the founder of the Hilton Hotels brand. She was originally entitled to $100 million of the $2.3 billion inheritance, but due to her well-known behaviour and reputation, she is now due to receive only some pocket change, totally around $5 million, with the rest going to the Conrad N. Hilton Foundation, to help the homeless with housing. In spite of her family's disapproval and rough public image, she seems to have inherited her family's keen business sense.  Leveraging her notoriety and family name to build her own personal brand and company, she's managed to amass a solid net worth that continues to grow with new ventures in new global markets.