By Amy Lamare on October 7, 2021 in Articles › Entertainment

The leak of the so-called Pandora Papers is making some extremely wealthy people, extremely uncomfortable this week.

Earlier this week we chronicled how an alleged girlfriend of Vladimir Putin has amassed a $100+ million portfolio of real estate and other assets. Yesterday we reported on the King of Jordan's secret $140 million American real estate portfolio that includes three side-by-side clifftop Malibu mansions.

In today's hot seat? The ruling family of Azerbaijan. 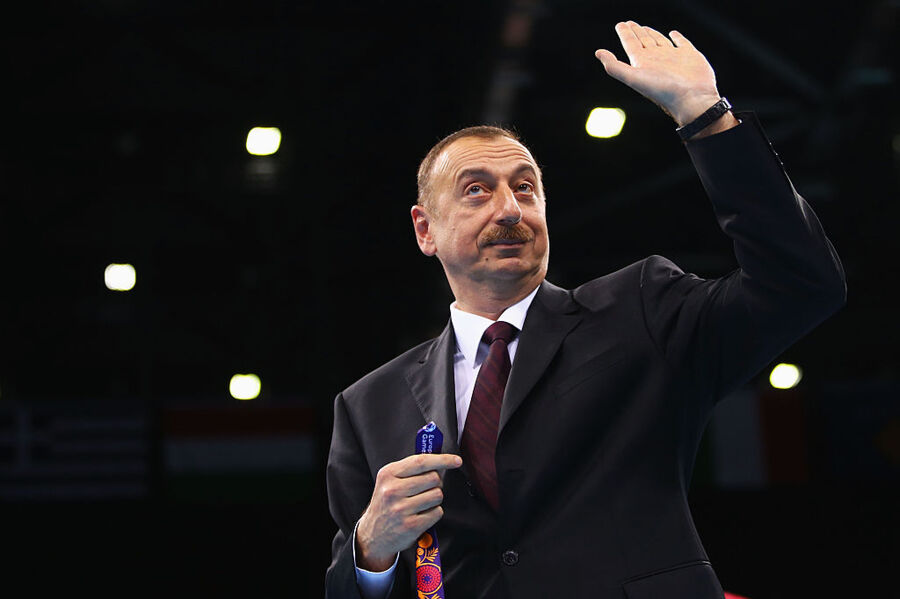 Ilham Aliyev has been president of Azerbaijan since October 31, 2003. He was elected after his father Heydar, the former president, died. Ilham's election allegedly featured an extraordinary amount of fraud. Not a great note to start out on, and his time in office has not exactly been a shining example of leadership. During his tenure as president, Aliyev has been accused of corruption, bribery, human rights abuses, torturing journalists, and vote-rigging.

The Institute for Democracy in Eastern Europe and the Human Rights Watch reported arrests of Aliyav's opposing candidates, widespread fraud and abuse in the election, and police violence against journalists and people taking part in election rallies. In 2012, Ilham Aliyev was named the person of the year in organized crime and corruption by the Organized Crime and Corruption Reporting Project. The Aliyev family was also implicated in a complicated money-laundering scheme in 2017 paid bribes to prominent European politicians in exchange for them offering a positive image of his presidency.

The country is rich in oil. This oil has made the ruling family wealthy. Extremely wealthy.

Over the years, extended members of the Aliyev family have built up enormous fortunes thanks to their ownership of several state-run industries The Aliyev family owns large parts of several Azerbaijani banks, construction firms, and the country's oil and gas industries.

Their wealth is hidden through a complicated network of offshore companies. Prior to the Pandora Papers leak, we estimated that Ilham Aliyev was personally worth $500 million. We might need to double that number, especially if you include his children and other family members.

According to the Pandora Papers, Aliyev's three kids, Leyla, Arzu, and Heydar are listed as shareholders in 44 companies registered in the British Virgin Islands. Five of these  companies were allegedly used to buy $120 million of high-end property in London between 2006 and 2009.

According to the Panama Papers, the ruling family of Azerbaijan owns more than $500 million worth of real estate in London alone.

Over in Dubai his children reportedly own $75 million worth of real estate.

Queen Elizabeth has also been dragged into the mud thanks to the Pandora Papers and Ilham Aliyev. It's being reported that in 2018 The Crown Estate, which manages all of the Queen's finances and real estate holdings, paid $91 million for an eight-story office and retail building in the Mayfair area of London through The Crown Estate. The sellers were allegedly members of the Aliyev family. The sellers took home a $42 million profit on the sale of the real estate to Queen Elizabeth. The property was bought in 2009 for $48 million through a company owned by Aliyev's daughter Arzu.