Operation Varsity Blues has been grabbing headlines and attention ever since it was revealed that actresses Felicity Huffman and Lori Loughlin, fashion designer Mossimo Giannulli, and dozens of other parents conspired to cheat to get their kids into elite universities by cheating on college entrance exams or faking athletic prowess and then bribing coaches and university officials. (You're welcome R Kelly and Jussie Smollet.) The details of this scandal are unfolding, and it just keeps getting more and more juicy. One thing is for sure, Ryan Murphy isn't going to have any issues writing or casting another season of American Crime Story!

In addition to the well-known names of the actresses and fashion designer, a slew of top business executives were named in the $25 million cheating scheme to help the children of wealthy parents get into top colleges including Georgetown and USC, the alma maters of some of your fav Celebrity Net Worth writers. Yeah, we are annoyed. The suspects allegedly paid bribes to coaches and administrators of the schools to gain admission even though the students didn't meet academic requirements. U.S. Attorney Andrew E. Lelling of Massachusetts said the colleges are not co-conspirators and the schools themselves have not been charged.

The scheme also involved cheating on the SAT and ACT college entrance exams on behalf of students.

Others charged in the complaint include Douglas Hodge, a former CEO of Pimco who, according to the criminal complaint, "agreed to use bribery to facilitate the admission of two of his children to USC as purported athletic recruits." 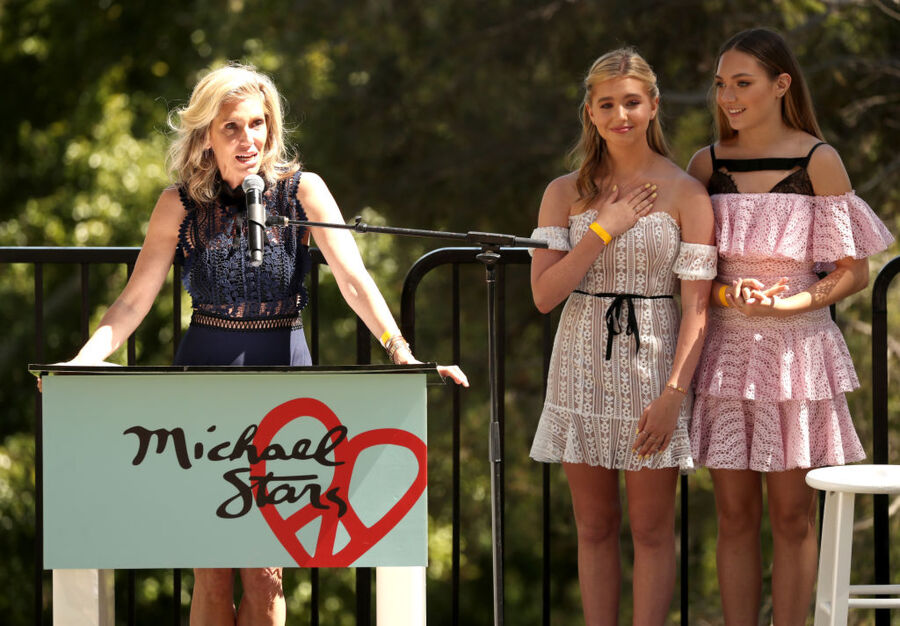 William McGlashan Jr., a senior executive at TPG Capital, thought creating a fake sports profile for his son would be hilarious according to the transcripts of the wiretapped conversation below. CW-1 refers to Criminal Witness 1 and is William Singer, the mastermind of the scheme.

CW-1: I have to do a profile for him in a sport, which is fine, I'll create it. You know, I just need him– I'll pick a sport and we'll do a picture of him, or he can, we'll put his face on the picture whatever. Just so that he plays whatever. I've already done that a million times. So–

McGLASHAN: Well, we have images of him in lacrosse. I don't know if that matters.

CW-1: They don't have a lacrosse team. But as long as I can see him doing something, that would be fine.

CW-1: So, you know, essentially she [Heinel] told me when I get all the paperwork together, and I gotta create this profile pic. So what I'll probably need, if you guys have any pictures of him playing multiple sports, or something where you can kind of see his face a little bit in action?

CW-1: It would be helpful because I will Photoshop him onto a kicker.

McGLASHAN: (laughs) Okay. Okay. Let me look through what I have. Pretty funny. The way the world works these days is unbelievable.

CW-1: It's totally cra– like, last year I had a boy who did the water polo, and when the dad sent me the picture, he was way too high out of the water. That nobody would believe that anybody could get that high.

Devin Sloane is the CEO of an LA company that provides drinking water and wastewater systems. He was outraged that USC admissions counselors questioned whether his son was on a water polo team that didn't exist.

CW-1: They know about USC. One of the counselors questioned [your son] getting in as Water Polo player this week. My folks at [U]SC called me so we could restate [your son] playing in Italy as [his high school] does not have a team.

Sloane: The more I think about this, it is outrageous! They have no business or legal right considering all the students privacy issues to be calling and challenging/question [my son's]'s application.

Elisabeth Kimmel is the owner and president of Midwest Television. She and her husband

SPOUSE: So [my son] and I just got back from [U]SC Orientation. It went great. The only kind of glitch was, and I– he didn't– [my son] didn't tell me this at the time– but yesterday when he went to meet with his advisor, he stayed after a little bit, and the– apparently the advisor said something to the effect of, "Oh, so you're a track athlete?" And [my son] said, "No." 'Cause, so [my son] has no idea, and that's what– the way we want to keep it.

Jane Buckingham is the founder of trend forecasting and brand strategy firm Trendera. She is accused of paying an ACT proctor $50,000 to take the test for her son Jack in July 2018. She provided a handwriting sample to the consultant. In one of the phone transcripts related to Operation Varsity Blues, William Singer told Trendera CEO Jane Buckingham that in addition to getting her son a high ACT score, her bribe check would also be an IRS tax write off. "Oh, even better," she said.

And finally, Manual Henriquez was the chairman and CEO of Hercules Technology Growth Capital. He resigned in the wake of the charges against him and his wife Elizabeth. They paid a more than $1 million bribe to get their daughter Isabelle into Georgetown. The Henriquez family reportedly paid Singer $25,000 to have a proctor sit with Isabelle during the October 2015 SAT. They paid for the proctor to be flown to San Francisco to help Isabelle with the test at her high school. The proctor sat next to Isabelle during the test and provided her with the answers to the questions. She received a 1900 out of 2400, which was a 320 point improvement on her previous SAT score. Henriquez and his wife also paid the Georgetown tennis coach $950,000 to designate Isabelle as a recruit for the tennis team, according to the criminal complaint. On her Georgetown application, Isabelle claimed to have a "Top 40 ranking in the USTA Junior Girls Tennis division for her sophomore, junior, and senior years of high school. Records obtained from the USTA do not show that she played at any tournaments in high school.

Charges for the nearly 50 people involved in this cheating scheme include conspiracy to commit mail fraud and wire fraud.