By Amy Lamare on October 22, 2017 in Articles › Entertainment

Julia Kogan is an opera singer who used to date the screenwriter Nicholas Martin. During their relationship, Martin was writing the 2016 Meryl Streep film Florence Foster Jenkins. Kogan is suing Martin, claiming that she helped write that script while the two were dating. She is seeking a writing credit and a share of the profits from the Oscar nominated film that took in $44 million at the box office.

In the film, Meryl Streep plays a New York City socialite in the 1940s named Florence Foster Jenkins. Florence has an incredibly bad signing voice. She achieves her dream of becoming an opera singer and sells out Carnegie Hall. Hugh Grant plays her husband.

Kogan insists that she was an integral part of the screenwriting process. Her attorney argued that the screenplay was conceived of and written during Kogan and Martin's relationship as "two highly literate and creative people exchanged ideas and words freely." He said the former couple had a "closely intertwined collaboration" on the project. 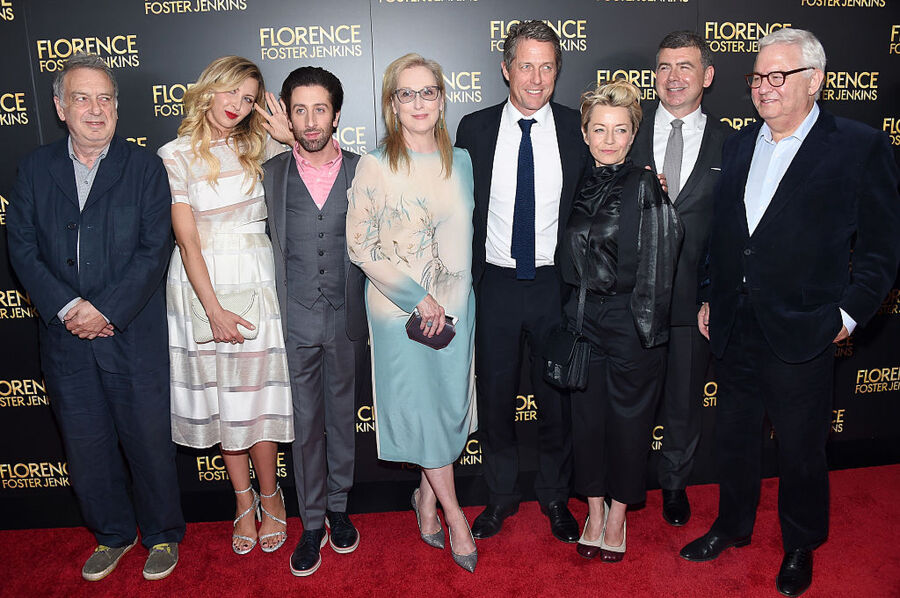 Martin's attorney argued that Kogan was merely a proofreader, lover, and sounding board for the script. He stated that

"…none of these things promote her into an author."

Kogan said that she always publicly called it Martin's script because she thought that if she confronted him with her demands, she would lose him. Her attorney argued:

"Florence Foster Jenkins is fundamentally about an opera singer, opera singing and rehearsing and the world of opera in the 40s, milieu of which Mr. Martin had no experience, knew nothing and which had never formed the subject of any previous work by him. By contrast Ms. Kogan was and is a modestly successful professional opera singer, with appearances at Carnegie Hall among other famous venues, where a key part of the action takes place in the film."

Kogan maintains that she brought an insider's view of the world of opera and how opera singers rehearse and perform as well as a very extensive knowledge of opera music to the script. These aspects make up a critical element of the screenplay. Kogan said text that she wrote for the screenplay ended up nearly verbatim in the final draft and that director Stephen Frears had acknowledged her contribution to the project.

Martin's attorney maintains that there is no evidence of Kogan writing a single line of the screenplay. Prior to Florence Foster Jenkins, Martin was an occasional writer for television in the UK.

Kogan is seeking an injunction against three production companies that would prevent them from publishing the script without her being credited. Those firms support Martin and refer to an email Kogan sent Martin in which she said:

"This is totally your baby."

The case is currently before a judge who has reserved judgment on this matter to a later date.