By Brian Warner on November 6, 2018 in Articles › Entertainment

Jared Polis just pulled off a remarkable feat in Colorado. The Congressman is now officially the first openly-gay man to be elected Governor of a US state. Jared has lived an incredible fascinating life even before tonight's historic win. He made a fortune at the peak of the dotcom bubble thanks to online greeting cards. He then made another fortune. He then became a politician. His personal net worth is $400 million. He's also a major philanthropist. He loves video games… This is his story:

In 1996, while still a student at Princeton University, Jared founded an internet service provider called American Information Systems. He sold that company and used the money to launch an online greeting card company with a few co-founders. Were his co-founders friends from college? Nope. Fellow young internet tycoons? Nope. He co-founded bluemountain.com with his parents.

Believe it or not, back in 1998, an online greeting card company was extremely novel. You could go on to their website, enter your friend's email address and send them a birthday card that featured music and moving graphics. People actually PAID to send these greeting cards!

The company was exciting enough to get the attention of search engine Excite. Specifically their search portal arm [email protected]

In 1999 [email protected] agreed to acquire bluemountain.com for… get this… you're not going to believe me…

But that wasn't the only digital company Jared owned at the time.

In 1998 he founded online florist ProFlowers. ProFlowers was a publicly traded company from 2003 to 2005 until it was acquired by Liberty Media for $477 million in cash.

Now you know why Jared is worth $400 million, which made him one of the 10 richest members of Congress. 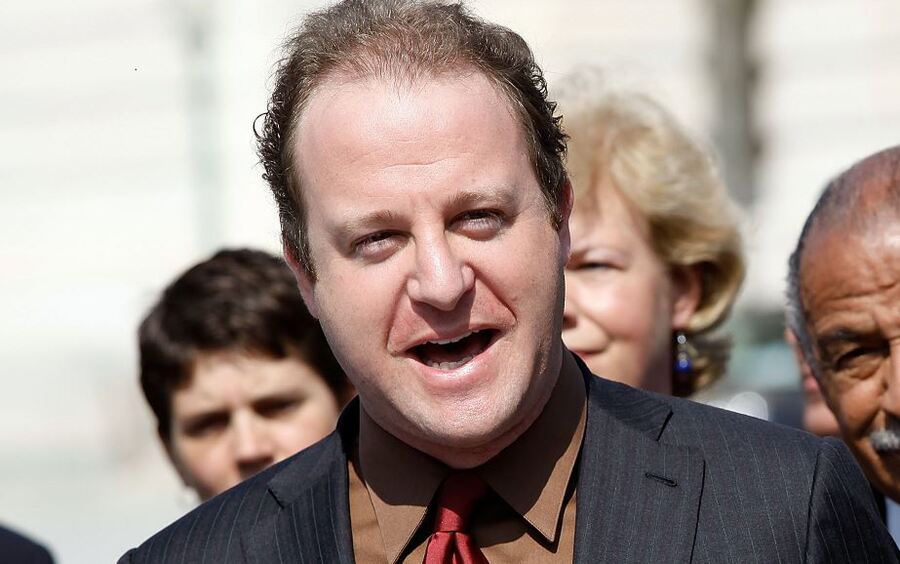 Jared jumped into the world of politics in 2000 when he ran for Colorado's State Board of Education. In this election 1.6 million votes were cast. Jared won the race by just 96 votes.

In 2008 he successfully ran for Congress, representing Colorado's second district. He was one of only a few openly gay politicians serving in Washington D.C.. He won again in 2010.

As we mentioned previously, tonight Jared extended his lifelong winning streak when he became the first openly gay man to be elected Governor of a U.S. state.

Congrats to Jared and his family!