This Former NASA Scientist Earned An Insane Fortune Off An Accidental Invention Called: The Super Soaker

By Paula Wilson on January 31, 2016 in Articles › Entertainment

Imagine that you are a nuclear scientist who holds multiple degrees in various types of very high level complex engineering. You have a B.S. in Mechanical Engineering and an M.S in Nuclear Engineering. You go on to have an incredibly successful career helping NASA launch missions to Mars, Jupiter and Saturn. In your free time you also come up with over 100 patents that are highly respected by the scientific community. Now imagine that none of these accolades matter at all. In fact, they are all completely overshadowed by one invention that has nothing to do with science or nuclear engineering or space exploration. Bummer, right? Well, if it makes you feel better, this invention is beloved by millions of kids around the world and has vastly improved summer vacations forever. Oh, and it also earned you a massive fortune. Not a bad consolation prize, right? This is the story of Lonnie Johnson, former nuclear engineer and NASA scientist, who is probably much more famous for inventing a little thing called The Super Soaker… 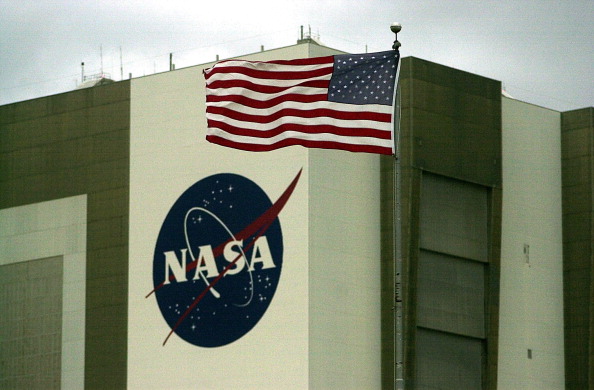 Lonnie George Johnson was born in Mobile, Alabama on October 6, 1949.  An exceptionally smart child, with an excellent analytical mind, he began building toys with his father not long after graduating from diapers. When he was 10, he built a fully functioning motorized go-kart.  It was an awesome invention until the police pulled him over and confiscated it.  Despite showing a clear passion for science, Lonnie was often discouraged from pursuing a career in engineering since he was black man in Alabama in the 50s and 60s.  However, he persevered, and even won the 1968 Alabama State Science Fair for his compressed-air powered robot built from junkyard scraps.

After graduating from high school, Lonnie went on to earn a B.S in Mechanical Engineering and an M.S. in Nuclear Engineering from Tuskegee University.  From there, he joined the US Air Force, where he worked as part of the Strategic Air Command, developing the technology used for the stealth bomber.  Soon – NASA came calling.  His work in NASA's Jet Propulsion Lab made him a man to watch in the scientific community.  He was a crucial member of the engineering team behind the Galileo mission to Jupiter, the Cassini mission to Saturn, and the Mars Observer.  When not working for NASA, his mind was constantly churning out new ideas.  In his free time, Lonnie would eventually go on to create more than 100 patents and dozens of random inventions. At least twenty of his inventions are actively in use.

At some point, Lonnie grew restless working for other people and launched several companies of his own.  Two of these companies eventually earned him major accolades among his peers.  With his company, Excellatron, Lonnie developed the next generation of rechargeable batteries, known as thin film batteries.  His other company, Johnson Electro-Mechanical Systems, pioneered the Johnson Thermo-Electrochemical Converter System. The system, which converts thermal energy to electric energy by pushing hydrogen ions through membranes, has the potential to revolutionize solar and thermal power.

Not that any of these incredible achievements matter. As we mentioned earlier, Lonnie Johnson, highly decorated nuclear engineer and NASA scientist, invented something much more important to humanity: The Super Soaker toy water gun.

If you were alive in the 90s, there's a very good chance that you (or your parent) bought a Super Soaker. Most kids had one glued to their hands for hours at a time. Especially during the summer. So how does a nuclear scientist invent a beloved children's toy? Completely by accident.

Lonnie Johnson came up with the idea for the Super Soaker in 1982.  At the time, he was trying to develop an environmentally-friendly heat pump that would use pressurized water instead of Freon to pump chilled water out of your refrigerator water pump. One night, Lonnie hooked an early prototype heat pump up to the bathroom sink. In his own words:

"I turned around and I was shooting this thing across the bathroom into the tub and the stream of water was so powerful that the curtains were swirling in the breeze it sent out. I thought, 'This would make a great water gun.'"

Unlike every other squirt gun up until this point, the Super Soaker was unique because it used a hand pump to generate air pressure that could send a concentrated stream of water 20-30 feet. It was sure to be a huge hit with kids every where, but there was just one problem: Lonnie was running out of money.  So instead of building and selling the gun himself, he decided to license his concept to an existing toy company. The first company he worked with was called "Daisy", but this partnership never worked out. Next, Lonnie signed a licensing deal with a company called "Larami".  The toy gun finally went into mass production with Larami in 1989, eight years after the original invention.  The first generation was called the "Power Drencher", in reference to the pressurized air used to direct the water that shot through the toy. Larami did little to promote the Power Drencher, so sales were non-existent in 1990. In 1991, the name was changed to "Super Soaker" and a huge television ad campaign was launched.

The newly named Super Soaker instantly became the absolute must-have toy to own for every kid in America. In 1991, over two million Super Soakers were sold. It was popular with celebrities and featured in movies and on dozens of television shows. Michael Jackson reportedly bought a thousand guns for Neverland ranch.  Within the first 10 years of the toy's production, Larami sold over 200 million Super Soakers and had generated over a billion dollars in revenue.

And keep in mind that every time a Super Soaker was sold, Lonnie earned a royalty. How much money are we talking about? Well, in 2012, Lonnie made headlines when he won a major lawsuit against Hasbro (which took over production of the Super Soaker in 2001) that gives us a small insight to the dollars at stake. In the lawsuit, Lonnie alleged that Hasbro failed to pay his royalties between 2007 and 2012. A judge eventually agreed and ordered Hasbro to pay him every penny he demanded. The lump sum, which covered just five years worth of missed royalties, came to $72.9 million. That's just five years. In total, Lonnie has earned hundreds of millions of dollars since the Super Soaker became popular in the early 90s. Today, his personal net worth stands at $360 million. Not bad for a nuclear scientist egg head!

Now in his mid-60s, Lonnie Johnson shows no signs of slowing down.  He is a famous scientist who is managing to do his own thing without a whole lot of corporate or government interference.  It's a rare position for an engineer as prolific and consistently successful as Lonnie Johnson is.  It's a position he holds because he invented everyone's favorite toy.  Designing a hugely successful toy and then working to save the planet through alternative energy?  Nuclear engineer or no – that's a pretty awesome legacy!