By Paula Wilson on July 14, 2015 in Articles › Entertainment

Everybody is aware of just how crazy the bridal industry is, all over the world. People spend millions of dollars (really!) on getting hitched, and some weddings are front page news. From the bouquets, to the cake, to the party favors, everything about a wedding can be scrutinized, analyzed, and blogged about by someone. However, nothing is more microscopically examined than the bride's dress. The wedding dress is EVERYTHING, and for many brides, the search for the perfect dress, be it bought or designed, can take a year or more. Designer Vera Wang has built an entire career on designing the ultimate in wedding dresses. While all of her clothing is quite fashionable, it is her wedding dresses for which she is most widely known. Her eye for creating fairytale-worthy wedding frocks has earned her a net worth of $400 million, and the adoration of brides around the world.

Vera Wang was born on June 27, 1949 in New York, New York. Her parents had moved from Shangai, China to the United States a few years before. Her father was in pharmaceuticals and her mother worked for the United Nations as a translator. Vera Wang was always interested in art, but her first love was figure skating. She began training when she was in elementary school and went on to compete at the 1968 U.S. Figure Skating Championships in Pairs with James Stuart. She was even featured in an issue of Sports Illustrated. However, she was unable to qualify for the US Olympic team, so she shifted her focus soon after. She went on to attend Sarah Lawrence College and the University of Paris. She graduated from Sarah Lawrence with a degree in Art History. 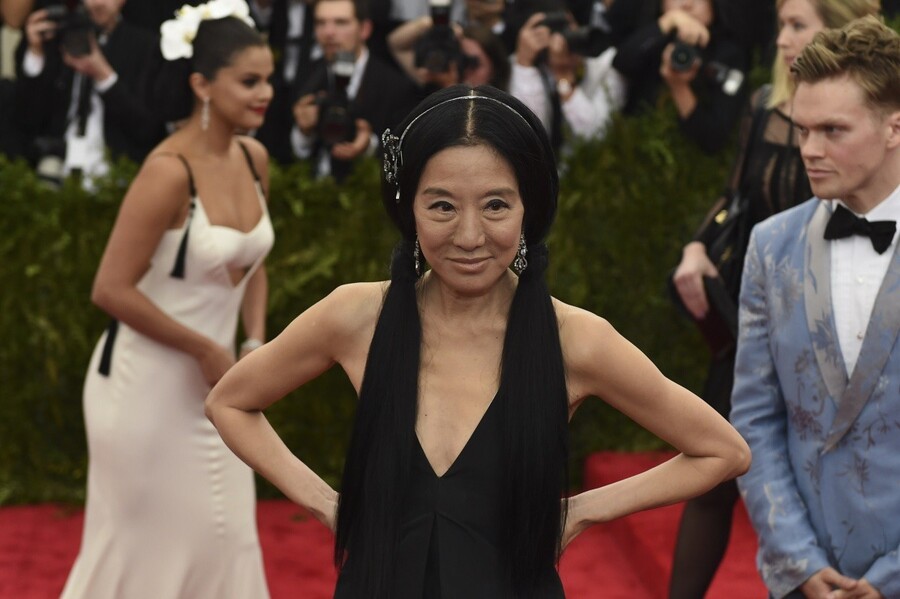 She had a rather rarefied childhood. Her family was well-off financially and she was one of the many debutantes paraded around the Waldorf Astoria Hotel in 1968, as part of the International Debutante Ball. She represented China, though she had never lived there. Additionally, even though the ball was meant as a way to introduce young ladies to potential suitors, everyone conveniently overlooked the fact that she was engaged. The debutante life was not for her, and just two years later, she was hired to work for Vogue. She rose rather meteorically at Vogue, and became Senior Fashion Editor within her first year there. 15 years later, she left the magazine to become the Accessories Design Director for Ralph Lauren.

In 1990, she launched her first bridal collection, by sketching her own gown design, and paying a tailor $10,000 to create it. With a loan from her father, she opened her first store in the Carlyle Hotel in New York that same year. The Vera Wang Bridal House featured gowns by a number of designers during its early years, including Carolina Herrera and Christian Dior. However, it was her own designs that became the most popular, and she eventually launched her own full line. Her gowns were an almost instant hit. With a combination of clean lines, sumptuous fabrics, and a certain fairytale quality, her gowns quickly became THE wedding gowns to wear. She gained even more notice when she designed Nancy Kerrigan's iconic white costume for the 1992 Winter Olympics, and her stunning beaded ensemble for the 1994 Olympics. Her evening gowns also began to sell like hotcakes, and by the late 90s, Vera Wang was everywhere. So much so, in fact, that in 1997, she got her own Barbie Doll – the "Vera Wang Bride: Barbie Doll." It would become the first of three Vera Wang Barbie Dolls. 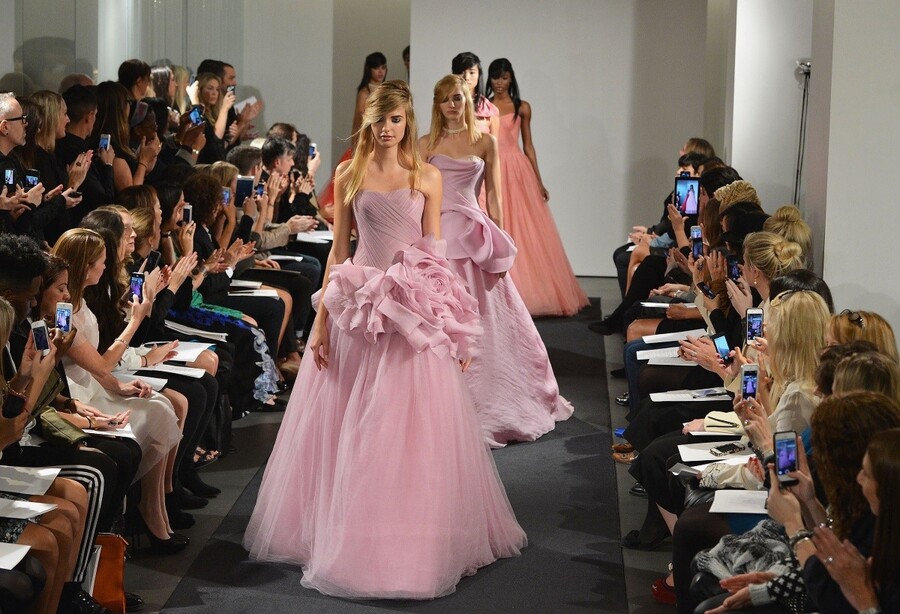 The base rate for a gown from the Vera Wang Bridal Collection – her basic line – is $2,900. It goes up from there. The Luxe Collection, which allows for more customization, and features richer fabrics and more intricate design work, starts at $6,900. Her gowns have been featured on multiple television shows, including "Sex and the City," "Buffy the Vampire Slayer," "Gossip Girl," and "How to Get Away with Murder," among other productions. The waiting list to be fitted for a gown at one of her showrooms is 2-4 weeks long. She now has 21 locations around the world, including shops in London, Seoul, Hong Kong, Sydney, Tokyo, Moscow, Athens, Kuwait City, Istanbul, and Beijing. In 2011, she formed a partnership with David's Bridal to feature a less expensive line of her wedding dresses. Known as "White by Vera Wang," the collection of dresses runs from $600 to $1,400. She also launched The Vera Wang China and Crystal Collection, as well as a line of ready to wear fashion for Kohl's called, Simply Vera, and a line of tuxedos for men for Men's Wearhouse. She also has fragrance and lingerie lines.

She has received numerous design awards over the years, including a FiFi Award for her fragrance line; the 2005 Council of Fashion Designers of America Womenswear Designer of the Year award; and the 2006 Andre Leon Talley Lifetime Achievement Award from Savannah College of Art and Design. She's even been inducted into the US Figure Skating Hall of Fame as an honorary member, as she has designed costumes for Nancy Kerrigan, Michelle Kwan, and Evan Lysacek, among others.

Now in her mid-60s, Vera Wang shows no signs of slowing down. Her Spring 2016 line is already making waves – and creating long waiting lists at her stores around the world. When it comes to planning a wedding, a lot of decisions must be made. If you have the time, and the right amount of money, you won't have to make much of a decision about where to go look for a dress. Vera Wang has most definitely cornered the market, and she has a $400 million bank account to prove it!