Mark Zuckerberg Had One Roommate Who Decided To Stay At Harvard… Financially Speaking, This Was An Extremely Bad Decision.

By Paula Wilson on May 2, 2016 in Articles › Entertainment

Looking back on your life right now, is there anything you seriously regret?  Is there a decision you made that you wish you could go back and unmake?  It's amazing how a split second choice can completely alter the entire course of your life.  Take Joe Green, for example.  Joe Green attended Harvard University where, by the complete luck of the draw, ended up being roommates by a then-unknown computer enthusiast by the name of Mark Zuckerberg.  Joe Green was part of the group of college kids who created Facemash, the website that was essentially the precursor to Facebook.

However, when Zuckerberg indicated that he wanted to continue working on the project, Joe Green followed advice from his father and walked away.  Ooops.  So what caused one of the original minds behind the social media site of the last decade to walk away from all that potential?  The answer is actually fairly simple.

Joe Green was born in Santa Monica, California and was always interested in politics.  He was on multiple boards during high school, and even took on local politicians when he ran for a position on the local school board his senior year.  He also campaigned in support of a variety of causes, including securing a living wage for Santa Monica area hospitality workers.  His political ambitions and his grades landed him a spot at Harvard University, where he met another undergraduate named Mark Zuckerberg.  The pair were roommates, and came up with an idea for a website that would allow students to rate the attractiveness of their peers.  The site was called, Facemash, and it quickly became popular.  However, it wasn't the kindest idea for a website, and the higher-ups at Harvard were not particularly pleased with them for launching it.  Mark and Joe were threatened with expulsion from Harvard and the site was quickly taken down.  Anyone who has seen The Social Network knows exactly what happened next. Within a few weeks Mark, Joe and a handful of loyal followers launched TheFacebook.com and were making waves not just at Harvard this time, but around the world. It was at this point that the roommates and friends came to a fork in the road.

Mark wanted to drop out of school, move to California and turn Facebook into a real company.  Joe Green was on the fence.  He wanted to pursue a career in politics.  Creating a social media site had never really been his original goal.  Adding to Joe's hesitation was the fact that his father, a college professor, was adamantly against the idea of his son doing any more internet projects with the roommate who had almost gotten him expelled from Harvard.  Mark made several attempts to convince Joe to follow him to Silicon Valley. Zuck offered him a significant early stake in the company and a high level management position. What would you have done? 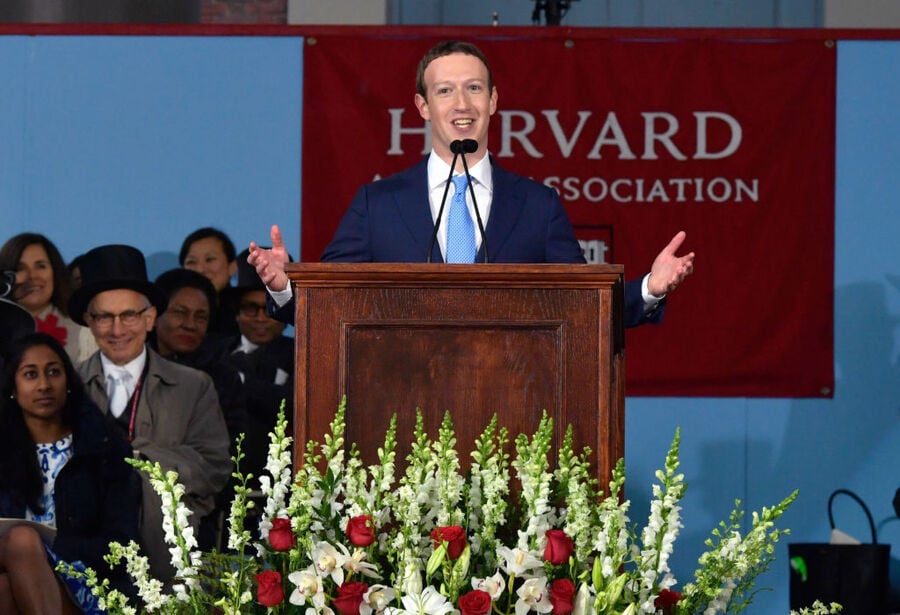 After much internal debate, Joe opted to stay at Harvard.

In hindsight, this turned out to be horrendously bad decision. A you may have heard, today Facebook is a massively successful public company. FB currently has a market cap of $450 billion. Mark Zuckerberg is one of the wealthiest and most powerful people in the world with a personal fortune of $50 billion.

Had Joe decided to continue working on Facebook, he would have been one of the largest individual shareholders.

Today his shares would be worth $800 million. Ouch.

Instead of moving to California and earning a $800 million fortune, Joe stayed at Harvard where he earned his degree and soon joined John Kerry's presidential campaign.  From there, he launched his own website, called Essembly.  He did eventually relocate to California where he began working with fellow Facebook insider Sean Parker, to build a social media site devoted to politics that he had always dreamed of.  Their project, called Causes, introduced people to a variety of charitable efforts and political issues.  Causes has become incredibly popular on, you guessed it, Facebook, and to date has raised nearly $50 million for over 50,000 charities. 6.5 million people use Causes each month.

Since then, Joe has continued to create new sites and initiatives, all of which are focused on using social media to spur political action.  In 2009, he co-founded NationBuilder, a service that allowed politicians and grassroots political organizations to build their own websites with limited web design knowledge.  He also served as President of the company from 2012-2013.  In 2013, he shifted his focus to an even more active role in politics.  He became part of a lobbying group made up of entrepreneurs, activists, and engineers called FWD.us.  He was elected President of the consortium, whose membership is primarily made up of men and women in the Silicon Valley area. The group lobbies Washington on issues ranging from immigration reform to education to technological innovation.  Mark Zuckerberg is also a member.

Over the years, many publications and pundits have called Joe Green's rejection of Facebook one of the worst business decisions of all time. It is literally a $800 million mistake.  On the other hand, today Joe is doing exactly what he wanted to do all those years ago when he turned Mark Zuckerberg down (minus a whole lot of money).  By sticking to his guns, he was ultimately able to create a way to make politics a social media-friendly activity.  And in doing so, he became instrumental in involving a whole new generation in political action and social responsibility.  While this has not made him as wealthy as Facebook would have, his work has had its own profound impact, and that's no mistake.

Wow! I can't even imagine how this must feel every day. I mean come on. $800 million! Makes me a little woozy just thinking about it.