One Day He Was The Richest Person In The World. The Next Day He was Bankrupt. The Unreal Life Story Of Nelson Bunker Hunt…

By Brian Warner on November 27, 2016 in Articles › Entertainment

A man you've probably never heard of died October 21, 2014 in Texas at the age of 88. The man died at a modest assisted-living center outside of Dallas, where nurses were treating him for dementia and cancer. I realize this news alone wouldn't normally be worthy of an article on Celebrity Net Worth. Similar scenarios must play out thousands of times a day at hospitals across the United States. Maybe even tens of thousands of times. But the person who died had a very unique life story. After all, how many people who die on a given day have the distinction of at one point being the richest person in the world??? Even crazier, how many people who die on a given day can say that they lost billions of dollars and were left bankrupt by one bad bet?  This is the unreal life story of Nelson Bunker Hunt.

Nelson Bunker Hunt was born on February 22, 1926 in El Dorado, Arkansas. The family moved to Dallas when Nelson was very young. His father was an extremely successful oil tycoon named H.L. Hunt who was one of the earliest people to discover oil in East Texas. H.L. Hunt was also an extremely successful procreator. Nelson's father would go on to have 15 children by three different wives.

Out of all of the Hunt children, Nelson was most like his father. Just like dad, Nelson dreamed of striking it rich in oil. And since dad had Texas pretty well tapped, Nelson decided to try his luck overseas. 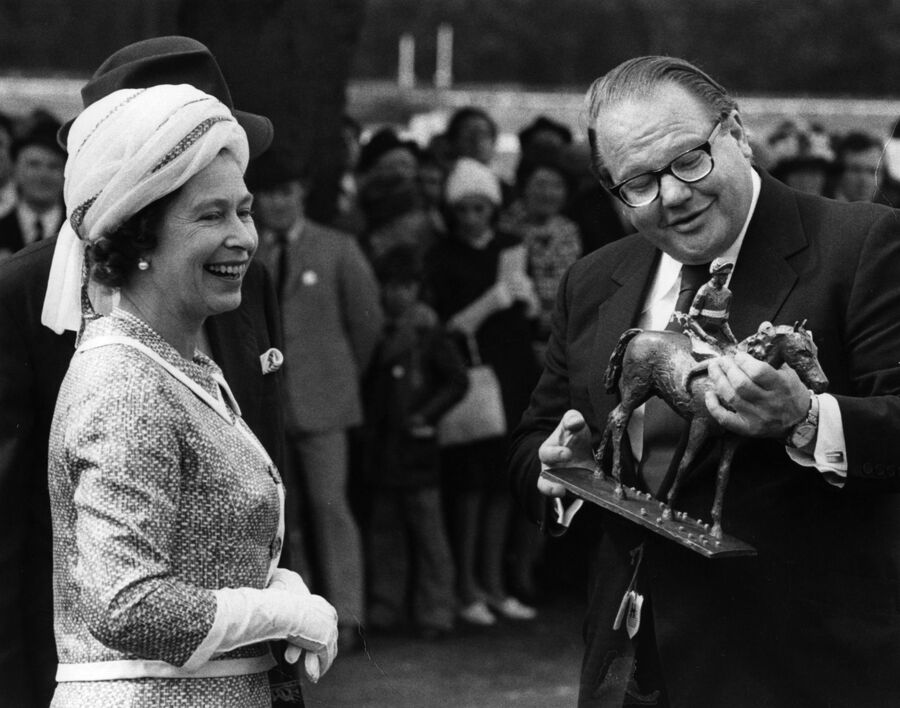 Nelson was also inspired to seek his fortunes abroad after seeing the enormous success Jean Paul Getty had in Saudi Arabia. If you'll recall from this article, prior to 1949 (the year Getty made his Saudi investment) 95% of all the oil in the world had been found in the United States. Saudi Arabia was a desolate little Kingdom with basically no naturally resources or wealth whatsoever. But after four years of painstaking work, Getty struck the motherload. Saudi Arabia became the unimaginably wealthy Kingdom that we all know today and Jean Paul Getty became the wealthiest person on the planet.

Following in Getty's footsteps, Nelson Hunt also tried to strike it rich in the Middle East. His first two oil leases, in Saudi Arabia and Pakistan, were huge disappointments that wiped out a lot of money and produced zero oil.

The third investment turned out differently. With the count at 0 and 2, in 1961 Nelson jumped from the Middle East to Africa and made a large bet in Libya. There he struck black gold on an enormous scale. He wound up discovering the Sarir oil deposits which to this day is the largest oil field in North Africa.

The Sarir oil fields made Nelson enormously wealthy. The discovery produced billions of dollars of revenue for Hunt International Petroleum for over a decade. The bonanza came to an abrupt halt when a little known future-dictator named Muammar Gaddafi came to power in 1973. Muammar Gaddafi quickly seized control of all of the Hunt International Petroleum's assets and nationalized the Sarir deposits. Over the next four decades, Gaddafi would use Sarir to stash a personal fortune that some experts estimated peaked at over $200 billion.

In the 1970s, Lamar, Nelson and their other brother William Herbert, also became heavily involved with a new investment: Silver. The brothers began amassing an enormous position in silver future contracts and physical silver bars and coins. At first it was just a small hedge, but by 1979, the brothers were literally attempting to corner the world's entire silver market. At their peak, they controlled 1/3 of the world's silver. Much of their investment was made with borrowed money.

At first the strategy seemed brilliant. In 1979 alone, the price of silver rose from $6 to an all-time high of $48.70. The Hunt brothers were hoarding so much silver that Tiffany's took out an ad in the New York Times condemning their strategy. The ad read "We think it is unconscionable for anyone to hoard several billion, yes billion, dollars' worth of silver and thus drive the price up so high that others must pay artificially high prices for articles made of silver". Throughout all the good times, Nelson always traveled economy on planes and used public transportation in every city he visited.

Richest Person In The World

Jean Paul Getty had been the richest person in the world, until his death in 1976. By 1980, with silver still going strong, the brothers' position was worth $7 billion. That's equal to $20 billion today. At this point,the financial press officially crowned Nelson Bunker Hunt the richest person on the planet with a personal fortune of $3-4 billion. That's equal to $8-11 billion after adjusting for inflation.

On March 27, 1980, a day that is now known as "Silver Thursday", the market collapsed. The silver bubble exploded and by the end of the day, their $7 billion dollar position turned into a $1.7 billion debt. Several exchanges called in margins that the brothers could not meet. Lawsuits flew over the next several years and eventually a Texas court ordered the brothers to pay hundreds of millions of dollars in restitution to a variety of creditors. In order to pay of their debts, they were forced to sell off most of the family's remaining assets. Although, Lamar was able to hold on to the Chiefs.

In September 1988, Nelson Bunker Hunt, once the richest person in the world, was forced to file for bankruptcy. His estate, which was valued at $150 million, was completely liquidated. The money that was raised from the liquidation went to pay down tens of millions worth of fines, and IRS debt. Nelson was also banned from ever trading commodities again in his lifetime.

At a congressional hearing that was called to examine the collapse of Silver, Nelson was asked about his personal net worth. Here is his exact response: "I don't have the figures in my head. People who know how much they're worth aren't usually worth that much. But a billion dollars ain't what it used to be."

As part of the bankruptcy filing, Nelson was also forced to sell off 580 thoroughbred horses which were kept at stables around the world. Nelson had developed a passion for horses and at one time owned over 1000 of various breeds that won many prestigious races.

Nelson's brother W. Herbert Hunt eventually had an amazing reversal of fortunes. Herbert was not quite as devastated by Silver Thursday or the ensuring legal problems. He went on to invest in Montana's oil fields. Herbert sold his Montana investments in 2012 for $1.5 billion and today is worth $3 billion.

Unfortunately, Nelson's fortunes never really turned around. He lived most of his remaining years modestly at a small home in Dallas. Poor health eventually forced him into an assisted living center, where he died at the age of 88. He was by no means a defeated man, more like a man with a really good life story to tell. I mean, how many people reach the literal pinnacle of wealth while battling global dictators, only to lose it all on one really really really bad gamble? Imagine what we would be writing today if that silver gamble actually paid off??!! Until the very end, Nelson Bunker Hunt's life was rarely boring.