Why Is An Olympic Gold Medal Only Worth $600?

By Mia Bencivenga on August 15, 2016 in Articles › Entertainment

The Olympic gold medal is a symbol of strength, determination, and the highest level of skill. There is no greater achievement for an athlete in any sport than to win the gold for their country.

But when you realize that the gold medal is only 1.34% percent gold, it almost seems like an insult to the athletes who have worked their entire lives to earn them. In an ironic twist, the gold medals are in actuality mostly silver – about 92.5%. The rest of the medal is made from a little over 6% copper.

This means that an gold medal is only in actuality worth about $600. If they were made out of pure gold, they would cost a whopping $25,000 each. Meanwhile, the silver medal (made out of the same amount of silver as the gold medal, with the remaining 92.5% made out of copper) is worth about $260.

The bronze medal is by far worth the least amount of money. The majority of its composition are very common medals; 97% copper, with the remaining 3% being zinc and tin. In the end, a bronze medal is worth a measly, and somewhat depressing amount–just over $3. 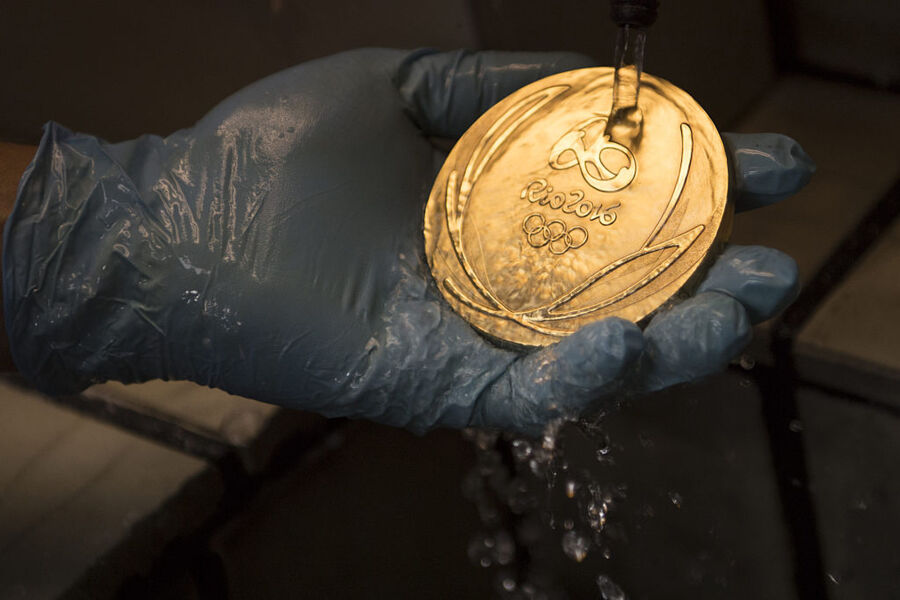 The lower-than-expected worth of the medals does have a purpose behind it. The Rio 2016 games have over 28 Olympic sports present, with 306 sets of medals. If each of the gold medals were actually made of gold, the Olympics would spend approximately $7.7 million on them alone.

The last time the gold medals were actually made out of gold was over a hundred years ago at the 1912 Olympic Games in Stockholm, Sweden. At the time, there were only 14 sports playing, barely any women participating, and the average of gold was $18.93 per ounce, in comparison to today's $1346.67.

The Olympic medals are still incredible symbols, despite their composition or worth – its just a shame the medals themselves don't reflect the greatness of the athletes who earn them.