It's official! Apple just confirmed that it is acquiring Dr. Dre's electronic company Beats by Dre for $3 billion. That's $200 million less than the amount that was originally leaked three week ago. This obviously puts to bed all rumors that Apple was getting cold feet over the deal. Turns out Apple just wasn't quite ready to make the announcement public. The deal will be comprised of $2.6 billion in cash and $400 million in Apple stock. At the end of the day Dr. Dre is still not quite yet a hip hop billionaire, but the deal does make him the richest rapper in the world with a personal net worth of $780 million. Both Dre and Beats co-founder Jimmy Iovine will be immediately joining Apple as executives in some capacity. Some analysts are actually speculating that landing Jimmy Iovine as an executive was one of the biggest reasons this deal made sense to Apple. Iovine has decades of experience in the music industry building relationships with every major media brand in the world. These connections could prove very valuable as Apple forges deeper into the world of streaming music and content licensing. We'll keep updating this article over the next couple hours as more information rolls in. If you want to learn more about the history of Beats By Dre and how this landmark deal (the biggest acquisition in Apple's history) will impact Dr. Dre's bank account, check out this article: Is Dr. Dre The World's First Billionaire Rapper? 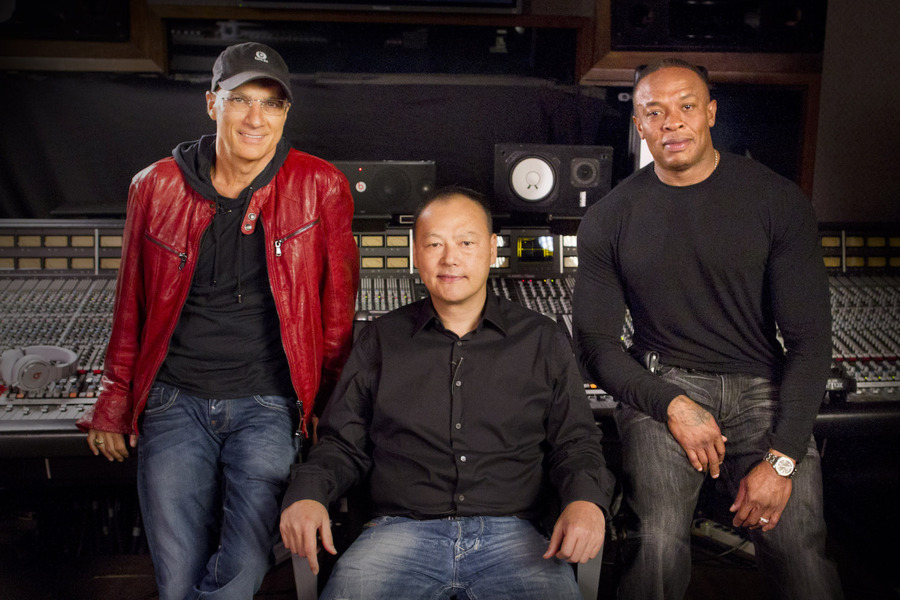 As we mentioned, this is the largest acquisition in Apple's history. It trumps the second largest acquisition by $2.6 billion. Maybe this is just the first of many large acquisitions for Apple. After all, the company still has roughly $150 billion in cash reserves just sitting in the bank. It also earned $171 billion in revenue last year alone.

"Music is such an important part of all of our lives and holds a special place within our hearts at Apple. That's why we have kept investing in music and are bringing together these extraordinary teams so we can continue to create the most innovative music products and services in the world."

Obviously Dr. Dre and Jimmy Iovine must be absolutely ecstatic that the deal finally closed, but you know who else must be really relieved? Tyrse Gibson. Imagine how guilty Tyrese would have felt if the rumors were true and that he caused Apple to kill the deal deal by prematurely uploading a profanity laced video to Facebook the night the story leaked???