By Amy Lamare on September 26, 2017 in Articles › Entertainment

Following in the footsteps of other presidents, former President Barack Obama has inked a deal for $1.2 million for a series of speeches for Wall Street firms. This comes after he attracted criticism from a number of Democratic senators for his decision to speak at a conference in September organized by the financial services firm Cantor Fitzgerald.

Obama is scheduled to give a speech next week. He has also already been paid $800,000 for two speeches he gave to Northern Trust Corp last month and the Carlyle Group last week.

Obama is scheduled to speak at Cantor Fitzgerald's three day conference for current and prospective clients. Cantor Fitzgerald is the firm that lost more than 600 employees during the September 11, 2001 attacks on the World Trade Center. 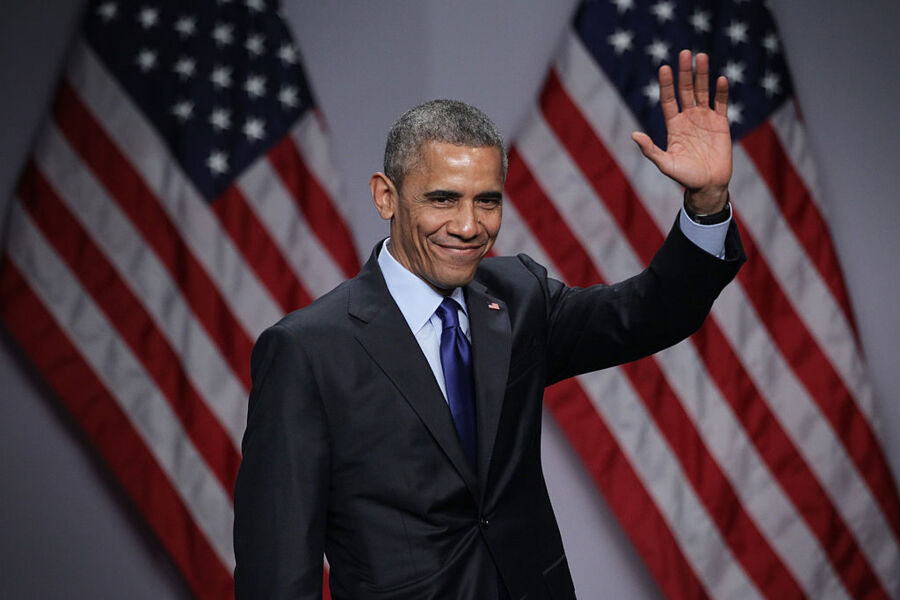 Of course, we all remember the intense criticism Hillary Clinton took during the 2016 U.S. Presidential campaign for speeches she gave to Wall Street firms after the stepped down from her position as Secretary of State. It was reported that Clinton gave 92 speeches to financial service firms, banks, and other Wall Street institutions between 2013 and 2015 and made $21.6 million. These speeches opened Clinton up to criticism from Bernie Sanders and Donald Trump. Her opponents called her an elitist who was out of touch with the average American voter.

These speeches are not the first ones that Obama has made. In April, he was paid $400,000 for a 90 minute conversation with author and presidential historian Doris Kerns Goodwin at an event organized by the cable network A&E.

Obama's spokesman, Kevin Lewis, has said that since leaving office, he has given speeches that remain true to the former president's values. Lewis told Bloomberg News:

Still, Democratic politicians continue to criticize Obama for his speeches. Earlier this year, when it was revealed that Obama had signed on to speak at Cantor Fitzgerald's event, Bernie Sanders said:

"I think it just speaks to the power of Wall Street and the influence of big money in the political process."

Massachusetts senator Elizabeth Warren told a radio station that she was "troubled by" the speaking fee.