By Amy Lamare on March 8, 2016 in Articles › Entertainment

Talk about a rock! A massive 404.2-carat diamond was just unearthed in Angola by an Australian company. Estimates value the gem at $14 million, but the emphasis is on "estimate," because it is not every day a 404.2-carat diamond needs a value placed on it!

The massive diamond was discovered by the Perth-based Lucapa Diamond company. It was found in the company's Lulo mine, about 300 miles east of Angola's capital of Luanda. Lucapa claims the diamond is the biggest diamond found by an Australian miner. In 2015, the Lulo Diamond Project began exploring nearly 1,200 square miles of land in central Angola. So far, more than 60 large special diamonds have been mined from the area.

The diamond measures about 7 centimeters or 2.75 inches across – roughly the size of a credit card. Yehuda, a New York based diamond retailer, tested the new diamond's color and clarity and categorized it to be a Type IIa stone. This means the diamond is virtually flawless. The diamond has also been classified D-colored, or completely colorless. This is the rarest and most valuable color grade of a white diamond. 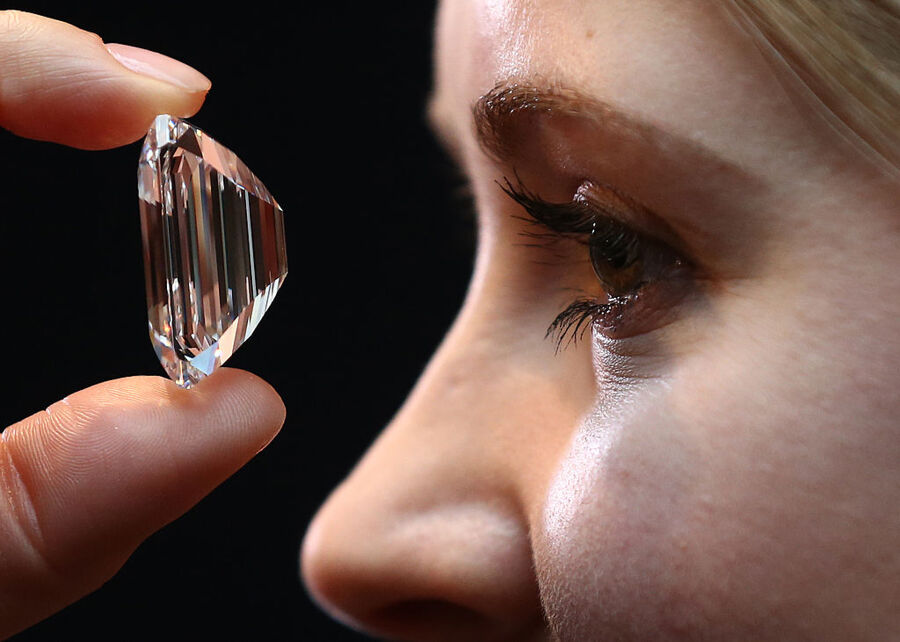 Lucapa is a fairly small diamond exploration company. It is traded on Australia's stock exchange. However, the company suspended trading a few days before the announcement of its find. When trading resumed on Monday, the share price jumped 30%.

Angola is the fourth biggest country in the world in diamond production. The 404.2 carat diamond is the largest ever to come out of the country. The previous record was set in 2007, with the 217.4 carat diamond called the "Angolan Star."

The world record for the largest diamond goes to a 3,106 carat gem that weighed a hefty 1.3 pounds and was discovered in 1905 in South Africa. That gem is called the "Cullinan" and it was cut to adorn the royal scepter, one of the crown jewels of Britain. The "Cullinan" diamond is almost triple the size of the second largest diamond, which was 1,111 carats and was unearthed in 2014.

The discovery of this 404.2 carat gem makes it the 27th largest diamond ever recorded.