By Amy Lamare on February 18, 2017 in Articles › Entertainment

The Biltmore House in Asheville, North Carolina is not just a national landmark—it is a national treasure. That makes putting a value on it a bit complicated. The Biltmore House is the largest private residence in the United States. It is a 135,000-square foot estate with 250 rooms built by George Washington Vanderbilt II at the height of the gilded age in 1895.

In the 1880s, George Vanderbilt, the youngest son of William Henry Vanderbilt, began to visit his mother in Asheville, North Carolina on a regular basis. He fell in love with the climate and scenery and decided to build a summer estate of his own there. He came up with the name of the estate by taking Bilt from "Bildt," the Vanderbilt's ancestral home in Holland and More from the Anglo-Saxon word meaning rolling land. 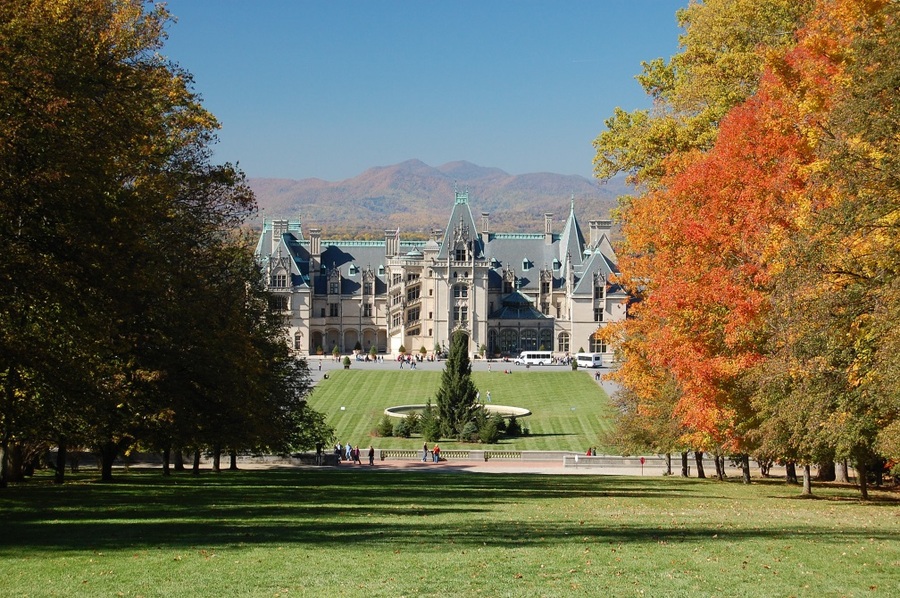 Vanderbilt hired New York architect Richard Morris Hunt to design the house after the Chateau de Blois in France. Construction of the house began in 1889 and concluded in 1896, though Vanderbilt and his wife moved into the estate in late 1895. To build such an enormous palace, a three mile long railroad spur was constructed to deliver materials to the building site and a woodworking factory and brick kiln were built onsite. The main house required more than 1,000 workers and 60 stonemasons to construct.

George Vanderbilt opened his estate on Christmas Eve 1895 to invited family and friends from across the country. Guests to the estate over the years included authors Edith Wharton and Henry James and Presidents William McKinley, Theodore Roosevelt, and Woodrow Wilson.

The estate was designated a National Historic Landmark in 1963, and remains a major tourist attraction with over one million visitors each year.

With a history like that, it isn't a surprise that Biltmore House's value—just the house by itself—is nearly $37 million and the 2,194-acre property it sits on is worth $64 million. The estate as a whole includes hotels, restaurants, outbuildings, private residences, and has a total value of $300 million.

Biltmore House is truly a one of a kind place in the U.S.