No, Cristiano Ronaldo Is NOT A Billionaire

Here we go again. All week long, dozens of articles have popped up proclaiming that Cristiano Ronaldo is "officially a billionaire". They claim he's the first soccer player (or footballer if the publication is outside the US) "to reach billionaire status". And perhaps not surprising, Forbes is once again the original source of the fake news explosion. Though, at least in this case Forbes didn't actually report fake news (as they did for nearly two years with Kylie Jenner). In this case, Forbes posted an innocuous article that has been misinterpreted over and over and over across the web. Like a game off fake news telephone.

So, let's make this clear once and for all:

Cristiano Ronaldo is not a billionaire.

As of this writing, Cristiano Ronaldo has a net worth of $500 million.

Here's something that is true: Cristiano's $105 million in salary and endorsements recently allowed his total career earnings to surpass the $1 billion dollar mark. Forbes declared that his total earnings topped $1 billion.

I'm not sure why that's always so hard to understand. It takes just a moment of thought to see the difference. Yet this mistake happens all the time. It's happened with Roger Federer, Madonna, Janet Jackson, Dr. Dre… even Raven Symone. 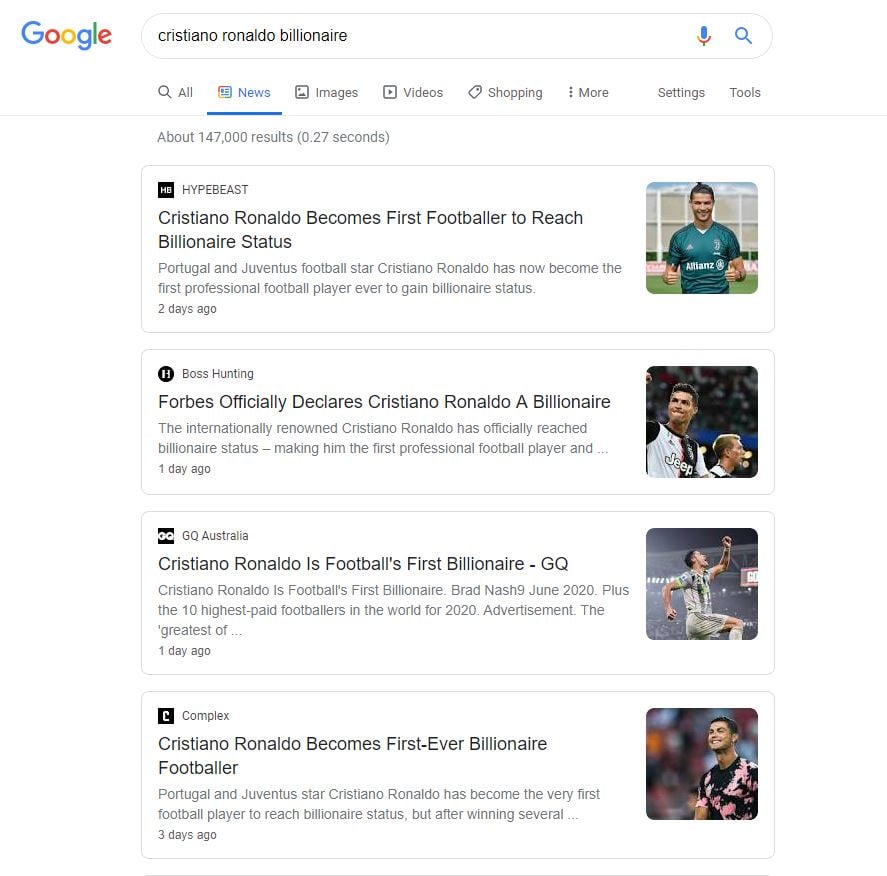 Not that we're trying to take away from Ronaldo's impressive earning accomplishment!

The 35-year-old striker is only the fourth athlete to hit the mark while still playing professionally. Tiger Woods hit that mark in 2009 thanks to his long-term endorsement deal with Nike. Floyd Mayweather hit it in 2017. Floyd generated 99% of his $1 billion career earnings through pay-per-view sales of his boxing matches. Michael Schumacher earned $1 billion during his career before his tragic skiing accident.

Athletes who earned north of $1 billion outside of their professional playing career include Michael Jordan, Arnold Palmer and Jack Nicklaus.

Ronaldo does have the distinction of being the first athlete to earn $1 billion in a team sport. He's made $650 million on the soccer pitch during his 17 year-to-date career. His current contract runs through June 2022 and is expected to boost his total earnings to $765 million. After spending 9 years with Real Madrid, in 2018, Cristiano Ronaldo signed a four-year deal with Juventus that pays a base salary of $64 million.

Off the field, he earns about $45 million a year from endorsements. One of his most lucrative brand endorsement deals was with Nike. In November 2016, it was revealed that Cristiano had signed a $1 billion "lifetime" deal with Nike. He is just the third athlete (Michael Jordan and LeBron James are the other two) to ink a lifetime deal with Nike. Specific terms of the deal are not known but it is believed that the deal came with a $100 million signing bonus.

In addition, Cristiano Ronaldo owns his own fashion and lifestyle brand CR7, a hotel chain under the same name, and his own museum located in his home town of Funchal, Madeira, Spain. 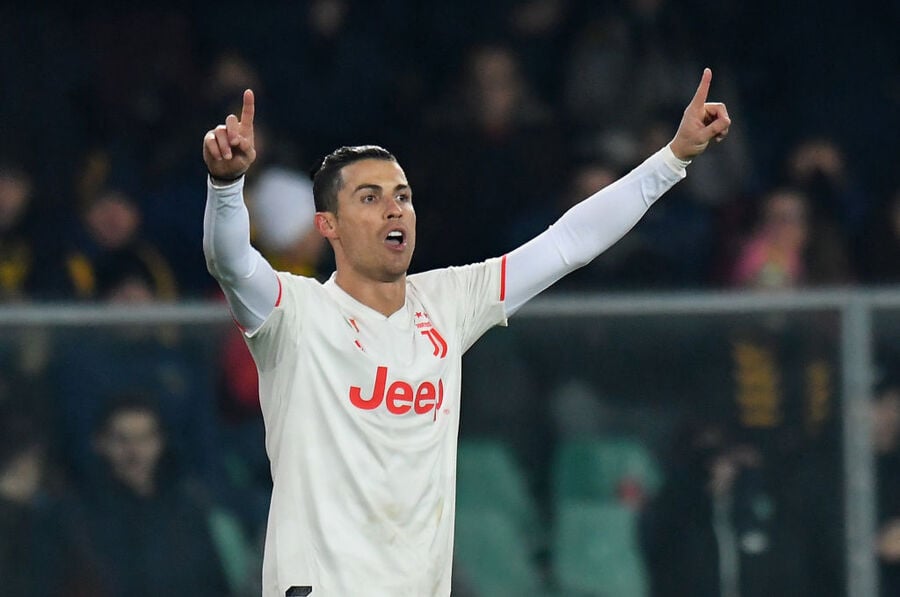 Further adding to his earning-power is a social media dominance that is almost hard to fathom. Ronaldo is also the most popular athlete on the planet with more than 425 million followers across Instagram, Facebook, and Twitter.

His good looks and his softer side as a dad of four make him a fan favorite. He first became a father to a son, Cristiano Jr., born on  June 17, 2010, in the United States. He has full custody of his son and has never publicly revealed the identity of the mother. Ronaldo became the father of twins, daughter Eva and son Mateo, born on June 8, 2017, in the United States via surrogacy. He is in a relationship with Spanish model Georgina Rodríguez, who gave birth to their daughter Alana Martina, on November 12, 2017.

Cristiano Ronaldo is a very wealthy man. But no: He is not a billionaire. That's just a bad take on the real fact that he has earned a billion over his career. That's something totally different from having a billion dollars in cash and assets.