By Joseph Gibson on May 7, 2017 in Articles › Entertainment

Aretha Franklin will always be the Queen of Soul, but one of her career accomplishments has been usurped by one of the current generation's highlights. With three recent tracks on the Billboard Hot 100 chart, Nicki Minaj has overtaken Franklin's career number of Hot 100 songs with 76 to her 73.

Before Nicki's most recent hot streak, Aretha Franklin had the most Hot 100 songs of any female vocalist ever, a record she hung onto for almost 40 years. She first hit the top spot on June 18, 1977, when "Break It to Me Gently" gave her her 54th appearance on the Hot 100 chart, beating then-champion Connie Francis' 53 career appearances. With the April 1 Hot 100 chart, Minaj's three most recent chart singles – "No Frauds" with Drake and Lil Wayne, "Changed It" also with Lil Wayne, and "Regret in Your Tears" all on her lonesome, all of which came out on March 10th – she went from tying the Queen's record to beating it handily in one go. 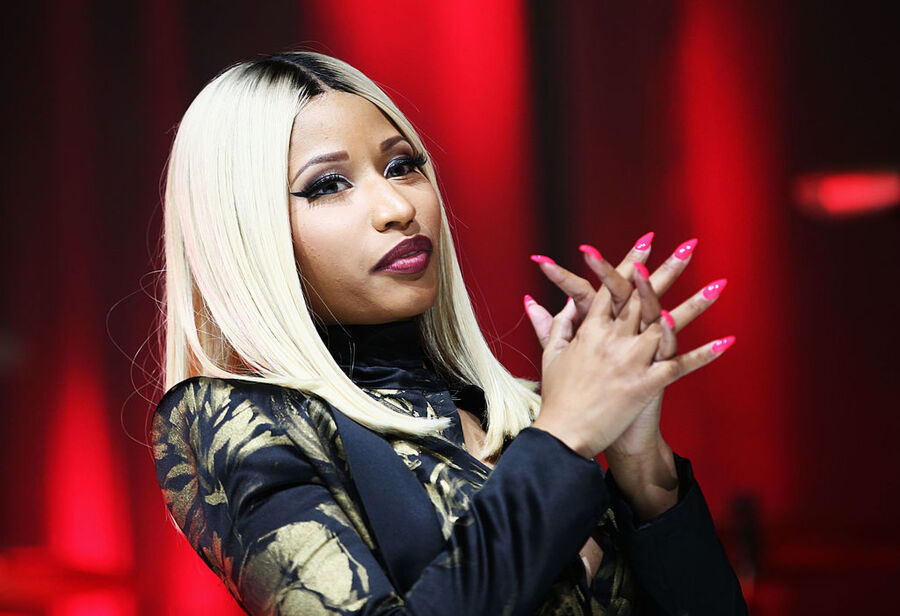 If one were to seek out a caveat for Nicki beating Aretha's record, for sentimental reasons if nothing else, one could look at the fact that while Franklin is the sole credited artist on all 73 of her songs to make the Hot 100 charts, Minaj is merely a featured artist on 44 of them. That's a bit of a double-edged sword, though, since that shift towards feature credits on pop songs also means the current top spot isn't likely to stay Nicki's for as long as Aretha's almost 4o-year stretch.

In the overall rankings, Nicki Minaj is in ninth place, behind artists like her recent collaborators Drake and Lil Wayne, as well as the current record-holder for most Billboard Hot 100 chart hits: The cast of Glee.