Nicki Minaj Made An Incredible Amount Of Money Last Year

By Amy Lamare on October 10, 2019 in Articles › Entertainment

Nicki Minaj is a force of nature. She recently announced her intention to retire and she's going out on top, literally. She brought in $20 million last year, making her one of the highest-paid in hip hop and one of only two women to make the male dominated list of the 20 highest-paid hip hop stars. So why is she retiring? We'll get to that in a minute.

Onika Tanya Maraj was born December 8, 1982 in Saint James, Port of Spain, Trinidad and Tobago and raised in Queens, New York City. Professionally known as Nicki Minaj, she released her first three mixtapes – Playtime Is Over, Sucka Free, and Beam Me Up Scotty – in 2007, 2008, and 2009, respectively. She signed with Young Money Entertainment in 2009 and released her first studio album Pink Friday in 2010. That peaked at number one on the Billboard 200. Nicki Minaj had arrived. 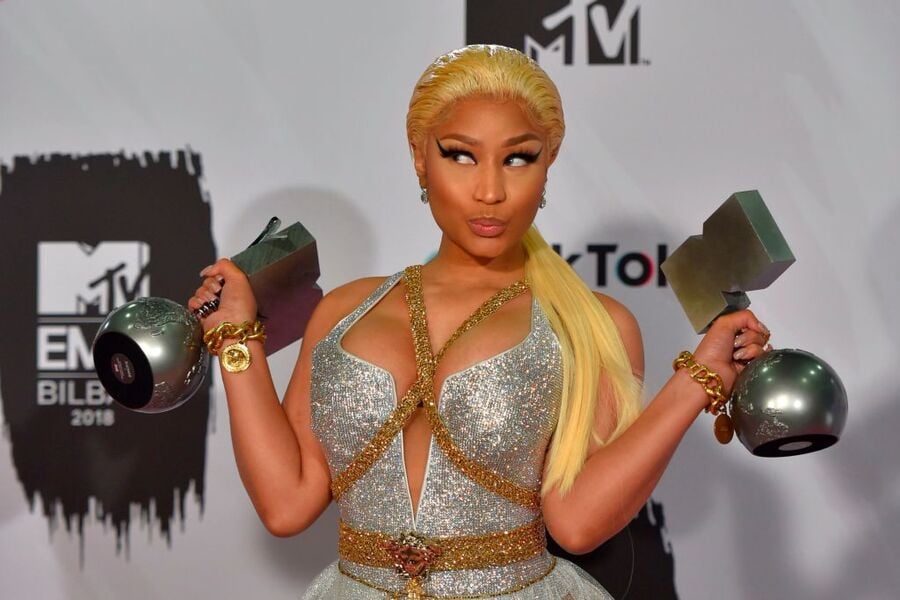 In 2012 she released Pink Friday: Roman Reloaded. It debuted at number one in several countries. In 2013 she was a judge on American Idol. Her third album, The Pinkprint, was released in 2014. Her fourth album, Queen, was released in 2018. Minaj is considered to be one of the most influential female rap artists in history. She's won 11 BET Awards, six American Music Awards, four MTV Video Music Awards four Billboard Music Awards, two People's Choice awards, a Billboard Woman in Music Rising Star Award, and 10 Grammy nominations. She has sold 20 million singles as a lead artist, 60 million as a featured artist and over five million albums worldwide. This makes Nicki Minaj one of the world's best-selling music artists.

In May 2017 Nicki overtook Aretha Franklin's record for number of songs on the Hot 100 for a female artist. Aretha's record stood for more than 40 years. Though it should be noted that Nicki is a featured artist on many of her tracks whereas Aretha was the sole-credited artist on all 73 of her tracks.

Nicki Minaj has a net worth of $80 million. On September 5th,  she tweeted that she is going to retire and "have my family."

"I've decided to retire & have my family. I know you guys are happy now. To my fans, keep reppin me, do it til da death of me, X  in the box- cuz ain't nobody checkin me. Love you for LIFE."— Mrs. Petty (@NICKIMINAJ)

Recently, Nicki revealed that she and her boyfriend Kenneth Petty had applied for their marriage license. We expect to hear they've gotten married sometime before the end of the year!