Nicki Minaj Was Paid $2 Million To Perform For Brutal African Dictator… And She Doesn't Care!

By Brian Warner on December 23, 2015 in Articles › Entertainment

How did you spend Saturday night? Considering the time of the year, most people probably enjoyed a few hours at a holiday party sipping on eggnog in an ugly Christmas sweater. Or maybe you were traveling to a holiday destination. Or maybe you stayed in and watched Saving Private Ryan (for the 100th time), alone on the couch, with tacos and ice cream. That's what I did!

Nicki Minaj, on the other hand, had a very interesting and controversial Saturday night. Nicki spent Saturday evening performing at a private party in the African nation of Angola. That's not controversial. The controversy revolves around whom she performed for, and how much she was paid for that performance.

On Saturday, Nicki was paid $2 million to perform at the corporate party of the Angolan telecom company, Unitel. Unitel is Angola's  largest privately owned company. It generates over $2 billion per year in revenue. That's all well and good. The problem is that Unitel is owned by the daughter of Angolan President, Jose Eduardo dos Santos, who happens to be a brutal and corrupt dictator. 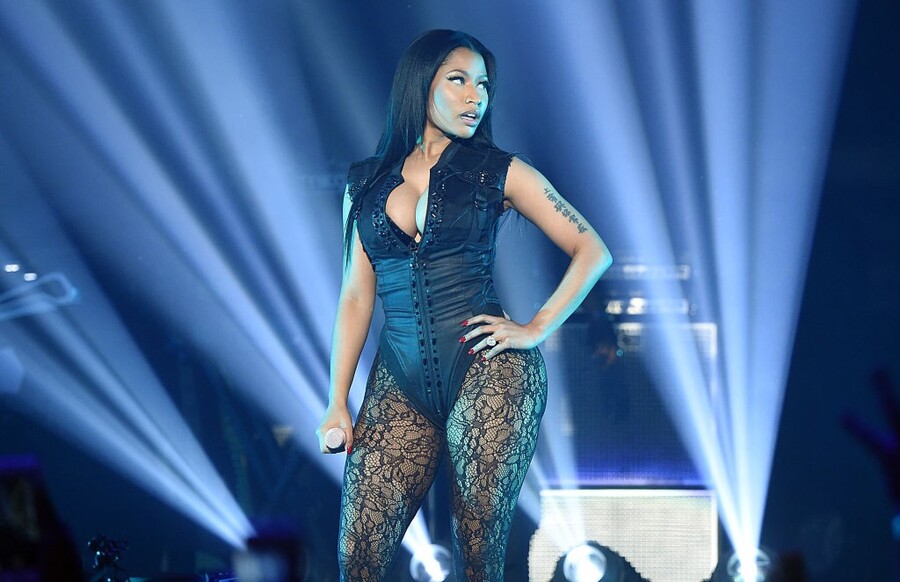 According to the nonprofit Human Rights Foundation, Jose Eduardo dos Santos is "one of Africa's chief human rights violators and most corrupt tyrants." Since becoming President of Angola in 1979, Jose has reportedly executed thousands of his own people, including rival politicians, journalists and activists.

Over the last 30 years, the dos Santos family has looted the country's most valuable natural resources, oil and diamonds, for their own personal gain. While the average Angolan citizen lives on $2 a day, Jose and his family have literally stolen billion dollar personal fortunes. Don't believe me? His eldest daughter, Isabel Dos Santos, just happens to be the richest woman in Africa. Isabel supposedly earned her multi-billion dollar fortune as an "entrepreneur" and "investor," but the truth is, she owes her entire fortune to daddy's brutal 30-year dictatorship.

The Human Rights Foundation begged Nicki not to perform at this concert on Saturday, claiming that the dos Santos family has used "Angola's diamond and oil wealth to amass an illegitimate fortune while maintaining control over all branches of the government, the military, and civil society.  [Jose] dos Santos has made it his policy to harass, imprison, or kill politicians, journalists, and activists who protest his rule."

These appeals did not reach Nicki, Or maybe they did reach her, but she just did not care. Not only did Nicki perform the concert and take the money, she even posted photos of herself on Instagram draping herself in the Angolan flag with the caption "Reppin the flag on my back. ANGOLA I LOVE UUUUUUUUUUUUU. THANK UUUUUUUU!!!!!!!! Muuuuaaahhhhhhh!!!!!!!"

She also posed for a photo with Isabel. Her caption to that photo was "Oh no big deal…she's just the 8th richest woman in the world. (At least that's what I was told by someone b4 we took this photo) Lol. Yikes!!!!! GIRL POWER!!!!! This motivates me soooooooooo much!!!! S/O to any woman on a paper chase. Get your own!!!! Success is yours for the taking!!!!! #Angola thank u to the women who brought me out here as well."

Oh no big deal…she's just the 8th richest woman in the world. (At least that's what I was told by someone b4 we took this photo) Lol. Yikes!!!!! GIRL POWER!!!!! This motivates me soooooooooo much!!!! S/O to any woman on a paper chase. Get your own!!!! Success is yours for the taking!!!!! #Angola thank u to the women who brought me out here as well. ❤️

Nicki Minaj is not the first celebrity to take blood money from the dos Santos family. Two years ago, Mariah Carey was paid $1 million to perform at a concert that was supposed to raise money for the Angolan Red Cross. The event ended up raising just $65,000.

Do you think Nicki should feel bad for taking money from this family? Should she have known better or maybe spent a few minutes googling her hosts? Or screw it, take the money and run?