Either Taylor Swift is the nicest gal in the world or she's got us all fooled. While her alleged arch nemesis Katy Perry spends her time trying to wrestle control of a $10 million LA property away from a group of nuns, Taylor is out there performing miracles for people in need. The "Shake It Off" singer just did something truly heart warming for a young fan battling leukemia…

Earlier this month, 11 year old Naomi Oakes, a devoted Swiftie, was diagnosed with acute myelogenous Leukemia, an insidious blood disease. To make matters worse, Naomi was absolutely devastated when she realized her long hospital confinement would force her to miss Taylor's concert in Phoenix, Arizona on August 17/18.

So in an effort to cheer her up, Naomi's dad made a video of her singing Swift's song "Bad Blood" which Naomi has declared her new anthem (remember, Leukemia is a blood disease). Dad uploaded the video to YouTube and asked fellow Taylor Swift fans to help get the message to the singer in the hopes that she would share a #TeamNaomi photo on her Instagram account.

"To the beautiful and brave Naomi, I'm sorry you have to miss it, but there will always be more concerts. Let's focus on getting you feeling better. I'm sending the biggest hugs to you and your family."

How cool is that?!?! Well it gets better.

Naomi's GoFundMe page was initially launched to raise $30,000 to help her family pay for her hospital stay, which might end up lasting six to nine months.  During those months, Naomi will be undergoing a series of intensive and painful chemo therapies and other treatments.

"Our goal is set at $30,000 but we aren't really sure how much more these expenses will grow over the coming months."

At the time Taylor left the message, Naomi's GoFundMe page had not quite broken $3000 in raised funds. Enter Ms. Swift.

In addition to leaving that amazing personal message, Taylor personally donated $50,000 to Naomi, absolutely obliterating the fundraising goal. And thanks to the TSwift publicity train, as of this writing, Noami's GoFundMe page (which you can access right here), has raised $80,377!!! 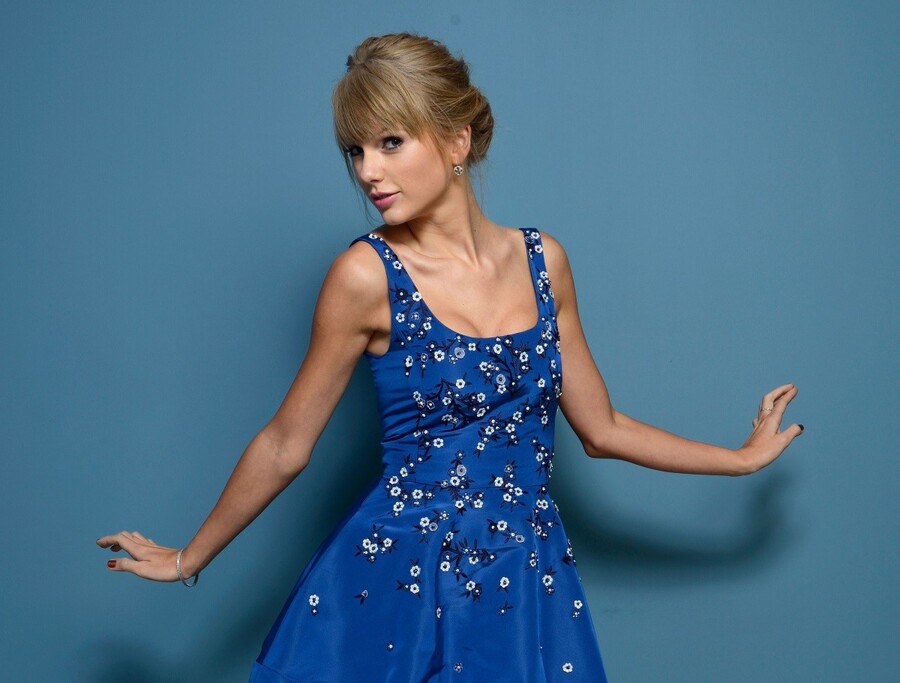 This isn't the first time Taylor has used her own money to help a fan. At one of her "secret listening sessions" in Nashville, Swift met Brandon, a verified Taylor Swift super fan. Brandon is currently homeless and has a GoFundMe page set up that tells his story. Apparently Brandon had a big fight with his father and his father threw him out of the house and cut him off. He says he wants to get off the streets and move to a city with job potential. However, he needs a little help to make that happen. He asked for $5,000 total. In a little more than two weeks that money has poured in and it is widely believed that Taylor donated $4,000 of it herself. Three donations, one for $2,000 and two for $1,000 show up as being from T.S., M.G.S., and O.B.S.

Taylor Swift has not confirmed that she is the person behind these donations but her fans are convinced she is. T.S. is obviously Taylor while M.G.S. and O.B.S. are Meredith Grey and Olivia Benson, her cats. In fact, Brandon's Twitter account also comes to the same conclusion.

It's not out of the realm of possibility for the fans to be right. Taylor has confirmed in interviews that she keeps a close eye on her fans and how they are doing via their Instagram, Twitter, and Tumblr feeds. She said she has sometimes watched certain fans for months and months.

And still, Swift has done more good deeds for fans. In between sold out 1989 World Tour shows, Taylor took a moment to help out a family in need. Recently, Aaron Van Riper, a volunteer firefighter in Texas, responded to a 911 call about a car crash. When he got to the scene, he discovered it was his wife Amber and son John who were in the accident. The family's medical bills started to mount and a GoFundMe page was set up to help them out. The largest donation was in the amount of $15,000 from Taylor Swift. Billboard magazine confirmed that it actually was Taylor Swift who made that donation.

It just goes to show that you never know who is paying attention to your story or the mysterious ways that help may arrive.