Marqise Lee, of the Jacksonville Jaguars, is suing insurance market Lloyd's of London, trying to get back millions of dollars in insurance money that he says he's owed.

If his lawsuit is successful, he'd be the first NFL player ever to collect on a loss-of-value policy. And it's a pretty good chunk of change that he's after: $4.5 million.

The policy dates back to Lee's time at USC. He paid a $94,600 premium to Lloyd's to cover him in the event that he fell in the draft due to an injury. The premium was supposed to be good for any contract that was worth less than $9.6 million. 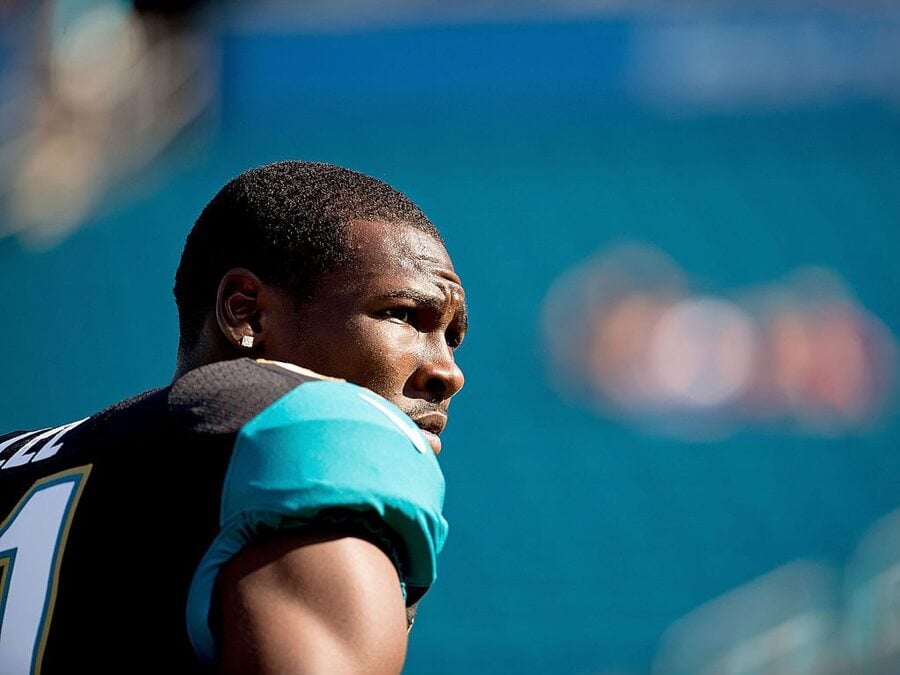 Two weeks after Lee paid that premium, he hurt his left knee in a game against Arizona State. And while he was still a good receiver after the injury, he wasn't among the elite in college football. His position in the draft fell accordingly: he was the sixth wide receiver off the board when the Jags nabbed him during the 2014 NFL Draft, and 39th overall.

Lee signed a four-year, $5.17 million deal with the Jags, and now he's looking to get compensation from Lloyd's. He believes he's owed the remaining $4.5 million that would equal the $9.6 million he was due to earn as a selected top receiver.

In the past, NFL players have collected on permanent total disability policies. Marcus Lattimore is a great recent example of this–he had a tax-free insurance policy worth $1.7 million. Thanks to two horrific knee injuries, the former running back never played a down in the NFL. He was able to collect his money, though, thanks to the permanent total disability policy he purchased.

If Lee is able to collect his money, all $4.5 million of it will be tax free. Not a bad bonus on top of living in Florida, which has no state income tax.

Perhaps still ailing from his knee injury, or, more likely, because Jacksonville's quarterback situation was absolutely abysmal this past year, Lee finished 2014 with just 37 catches for 422 yards in 13 games. Maybe the judge in this case will just take pity on Lee's poor surrounding cast, and give him the $4.5 million out of sympathy.