While His Fellow NFL Players Relaxed In The Offseason, Roger Staubach Built A $600 Million Business Empire

By Amy Lamare on September 11, 2016 in Articles › Entertainment

The concept of an NFL player needing to take a second job in the offseason to help pay bills sounds absolutely ridiculous, right? Pretty much every professional NFL player today makes plenty of money to spend the offseason relaxing, partying, and MAYBE doing a little training for next season. Can you imagine an active NFL player putting on a suit and going to a new job during his free time? I doubt even the lowest paid rookie would do this. Now can you imagine a world where not just a rookie, but the starting quarterback of the world famous Dallas Cowboys, needs to work an offseason job? And not out of boredom but out in order to support his family? Sounds insane right? Well, as crazy as it sounds, that was pretty common in the 1970s NFL. Understanding this reality, is key to understanding the life of legendary Cowboys quarterback Roger Staubach. Despite being an all-star player, Roger never made enough money to make ends meet from his NFL salary alone. Today, he is one of the 10 richest athletes on the planet. He has more money than A-Rod, Shaq, even uber-entrepreneur Magic Johnson. Roger is literally hundreds of millions of dollars richer than any other former or active NFL player. But only a teeny tiny percentage of his net worth came from throwing a football. As you are about to learn, the vast majority of Roger's fortune started with a very humble side job that turned into an empire.

Roger Staubach was born on February 5, 1942 in Cincinnati, Ohio.  He attended two different high schools in nearby Silverton and then went on to attend the New Mexico Military Institute (NMI). He played the 1960 college football season for NMI, but then transferred to the  US Naval Academy. Roger won the 1963 Heisman Trophy his junior year while playing for the Navy Midshipmen and was drafted by the Cowboys BEFORE he started his senior year in college (something the NFL apparently allowed back in the Wild West era of the 1960s). After college, Staubach did his mandatory four years of active duty including a one year tour of duty in Vietnam and joined the Cowboys in 1969.

As a Cowboy, Staubach was known for his last minute heroics, his Hail Mary passes, his deft handling of Tom Landry's offenses. In fact, the Hail Mary pass was invented by Staubach. In the 1975 playoff game versus the Minnesota Vikings, Staubach let a 50-yard pass fly with just seconds left on the clock and the Cowboys trailing 14-10. Wide receiver Drew Pearson caught the pass and easily ran into the end zone for a 17-14 Dallas victory. After the game, Staubach told a reporter he'd prayed the "Hail Mary" after he released the ball for that pass. Ever since then, any last minute long pass into the end zone in an attempt to seal a victory has been referred to as a "Hail Mary pass".

At 6'3″ and 200-lbs, Roger Staubach was hard to defend because he had a phenomenal ability to scramble his way out of trouble. He had 410 career rushes for 2,264 yards and 20 touchdowns. Over his career as a passer, he had 1,683 completions on 2,958 passing attempts for 22,700 yards and 153 touchdowns in nine seasons. By today's standards, Staubach would have Tom Brady or Peyton Manning level superstardom and the salary to go with it. 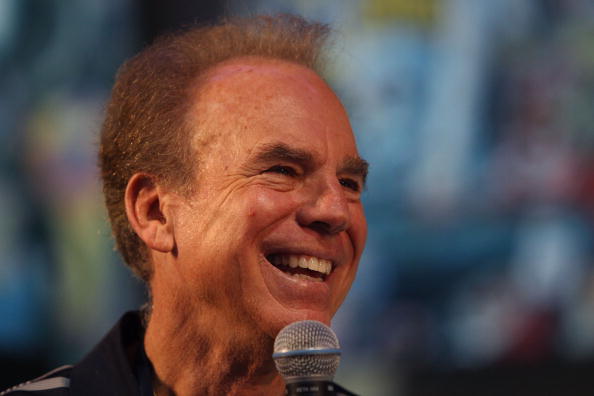 Staubach led the Cowboys to four NFC titles as the starting quarterback, two Super Bowl wins, he was the MVP of Super Bowl VI, invited to the Pro Bowl six times, 1971 NFL MVP, 1971 NFC Player of the Year, and two time all AFC, to name just a few of his awards and accolades.

Despite being a superstar NFL quarterback, after his first season Roger realized he still needed a second job to make ends meet. Roger was also wise to understand that a career in the NFL would be short. He was a 27 year old husband and father. Roger knew he had to prepare to support his family in the long run when football money dried up.

After the 1970 season Roger began  working as real estate broker in the offseason for the Henry S. Miller firm. The Henry S. Miller firm was founded in 1914 and was one of the biggest and most respected businesses in Texas. Henry Miller himself mentored the Cowboys QB in all the ins and outs of commercial real estate in Texas. While his fellow players relaxed and partied, at the end of every season, Staubach hung up his shoulder pads and helmet and put on a suit and tie and went to work selling commercial real estate

In 1977, the Dallas Cowboys were coming off a 12-2 season and a Super Bowl XII victory over the Denver Broncos. Any quarterback today would bask in the victory, the great season, and the Super Bowl bonus. They might even pack up the family and go to Disney World. Not Roger Staubach. After that season, Staubach decided it was finally time to leave the Henry S. Miller firm and start his own company – The Staubach Company.

Two years later, Roger Staubach hung up his helmet and retired from the NFL. At that time he took all the hard work and dedication he learned from football and applied it to his burgeoning real estate empire. He added partners and expanded the business nationally throughout the 1980s. In 1985, he was elected to the Pro Football Hall of Fame.

Throughout the 1990s and 2000s, Staubach's client roster grew steadily. He became the go-to guy for office, retail, and industrial space in all of Texas. Simultaneously during this time, the Texas economy grew and then faltered – just as it did across the country, but Staubach's company not only survived, it thrived. He seemed to have the same golden touch in business that he did as a quarterback. The Staubach Company had 1,100 employees in 50 offices by 2008.

Later that same year, Staubach entered into a multi-year deal with the Chicago-based Jones Lang LaSalle to take over his company. At the end of the payout period, Jones Lang LaSalle paid Roger Staubach $640 million to acquire his company. Today, Roger has a personal net worth of $600 million. That's a far cry from his 1970's NFL salary of $25,000, even after it has been adjusted for inflation!

Roger Staubach being the guy he is, spread the wealth around, giving equity to long time employees and putting half of his payout into a trust for his children. In 2013, he got the final payout on the 2008 deal. It included an additional $36.9 million performance bonus.

But that's not all! Staubach is the guy who keeps on earning. Now 72, Staubach still goes into the office everyday as executive chairman of Jones Lang LaSalle. In fact, he made $12 million dollars in 2013, making him the Highest Paid Retired NFL player in the world. Of all retired athletes, Staubach ranks 12th.

The lesson here? Invest wisely in your present to insure your future. It took a rare man with little to no ego to realize he had to plan for life beyond the NFL and that paid off in a $640 million buyout of his company and a $12 million salary last year. Roger Staubach may be a legendary Dallas Cowboy and beloved Texas sports figure, but where he really excelled was in business.