Last year, we told you about Mikaila Ulmer. She had just made an $11 million deal with Whole Foods to sell her Me and the Bees Lemonade (formerly BeeSweet Lemonade) in 55 stores in Texas, Oklahoma, Arkansas, and Louisiana. Mikaila got her start the way many young people do – with a lemonade stand. Mikaila's makes her lemonade using her great-grandmother's recipe, which contains mint, flaxseed, lemons, and honey.

The 12-year-old Texan is getting a little help with her business from an unlikely source – the NFL. Retired running back Arian Foster and other NFL players are investing in 12-year-old Mikaila's lemonade company. Foster announced his investment during a "Been Brilliant Entrepreneur Day" at a Houston Boys & Girls Club in early July. 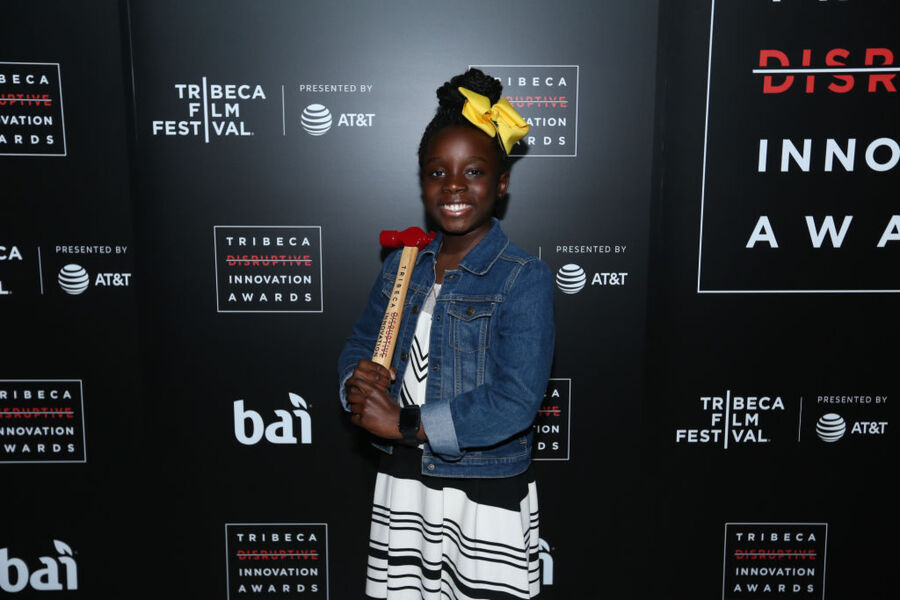 "Of course, any time you invest in anything you look at if it's going to be profitable. We look for companies that match our main focus of developing a good product, but are also good people and do it for the right reasons. It's more than about money to us. We believe that investing in small black businesses is extremely important."

Foster also said he was looking forward to working with the "humble" young entrepreneur.

Mikaila told the assembled crowed that she was excited for the opportunity.

"I'm very happy that I'm able to work with them and they invested in my company and them helping us and mentoring us and believing in our mission. I think we have a better chance of achieving our goals. That keeps me pumped and excited every day."

Me and the Bees Lemonade was founded soon after Mikaila was stung by bees, twice. To help her get over her fear of bees, Mikaila's mother encouraged her to learn more about bees. When young Mikaila discovered that bees were in danger of becoming extinct, she came up with the plan to sell her great-grandma's honey sweetened lemonade to make money to help the bees survive. Mikaila started her lemonade business in 2009. By using honey rather than sugar to sweeten her lemonade, her sweet drink is healthier, saves the bees, and helps the beekeepers survive. The savvy middle schooler appeared with her father Theo on ABC's Shark Tank in 2015, where she secured a deal with Shark Daymond John for $60,000. Mikaila was also named as one of the Movement50 Top 10 Innovators of the Year at SXSW. Her company donates to organizations fighting to save bees including Sustainable Food Center, Texas Beekeepers Association, and Heifer International.