NFL Player Saves 90% Of His Income, Moonlights On Wall Street

Brandon Copeland is a 25-year-old defensive end for the NFL's Detroit Lions. He's also a dual degree holder from an Ivy League school. Copeland got his bachelors from the University of Pennsylvania and his MBA from the prestigious Wharton School of Business at Penn. When he's not on the gridiron, Copeland moonlights on Wall Street. Copeland is not your typical NFL player. For one thing, he likes using his brain to make money and for another, he saves 90% of his income and lives off the remaining 10% of $615,000. 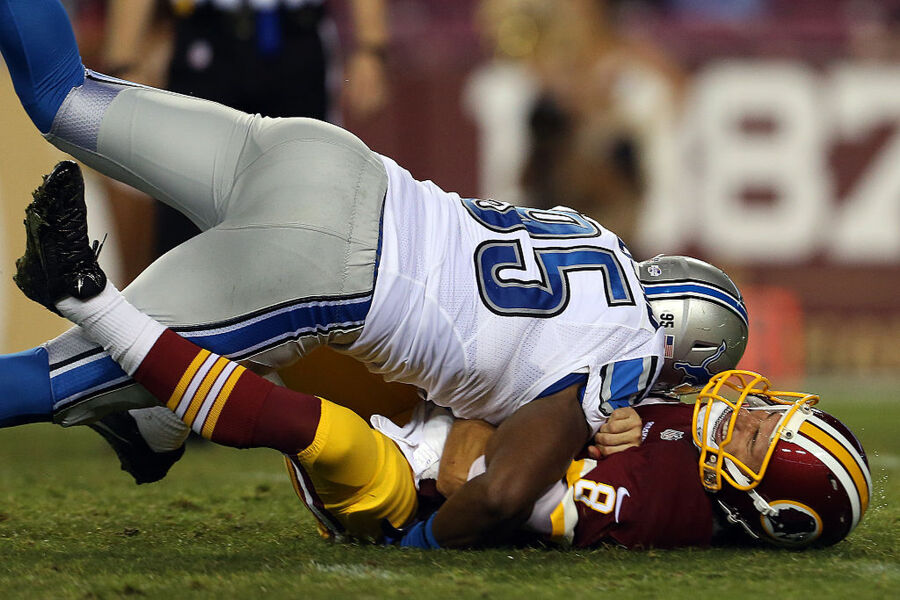 Copeland knows that an NFL career has an expiration date, so he's planning ahead. He spent two summers interning at UBS in college. During the NFL's off season he works (remotely) for Weiss Multi Strategy Advisors. George Weiss, founder of the firm, got to know Copeland through the University of Pennsylvania football program. An alumnus of Penn himself, he noticed Copeland when he was in high school and thought he was far too talented to attend Penn, an academic powerhouse not known for churning out NFL stars. Weiss was surprised when Copeland chose Penn, so he and Nick Morris, a former Penn player who runs the trading desk at Weiss' company, got to know their new player. They liked what they saw, on and off the field. Copeland asked questions, did research, followed up. He wanted to learn. He wanted mentors. He made a positive impression on Weiss and Morris.

When Copeland graduated in 2013, he wasn't drafted. He landed with the Baltimore Ravens for training camp. He got cut and joined the practice squad of the Tennessee Titans. During the 2014 off season, he went to New York to shadow Weiss and Morris full time. Copeland really impressed his Wall Street bosses when they sent him to a brokerage house without telling him he would have to give an off the cuff five minute presentation. Copeland nailed it. Had he not been picked up by the Lions in 2015, he would be working full time on Wall Street now.

Copeland is making sure his life after football is set in more ways than just the Wall Street job. He puts nearly 60% of his post tax salary into long term, stable, safe investments. He saves 30%, and he lives off the remaining 10-15%.

Copeland's time in the NFL may be limited, but he's setting up his post-NFL life to be unlimited.

Oh, and about the salary he earns as a stock analyst for Weiss—he uses a big chunk of it to fund his football camp for inner city kids in Baltimore as well as supply those kids with school supplies.