By Simon Gerard on August 28, 2011 in Articles › Entertainment

The legendary house of Faberge has recently unveiled a new collection of High Jewelry Egg Pendants, the first since 1917. This collection is to honor the great tradition of Imperial Eggs started by Peter Carl Faberge for the Romanov Family.

The Story of the House of Faberge and its eggs started back in 1842 in St Petersburg, Imperial Russia. This is when Gustav Faberge moved here from France and opened up his own jewelry store under his name "Faberge" in the fashionable area of the capital called Bolshaia Morskaia. He used his French origin to appeal to the current Russian nobility's use of French as a status symbol of the elite. He created high-end custom pieces of jewelry and ornaments to sell to the wealthy Russians. He had a son, Peter Carl Faberge, who created the first Faberge Egg in 1885 which he continued through 1917 when the Communist Party took over and the Faberge family fled to Switzerland. 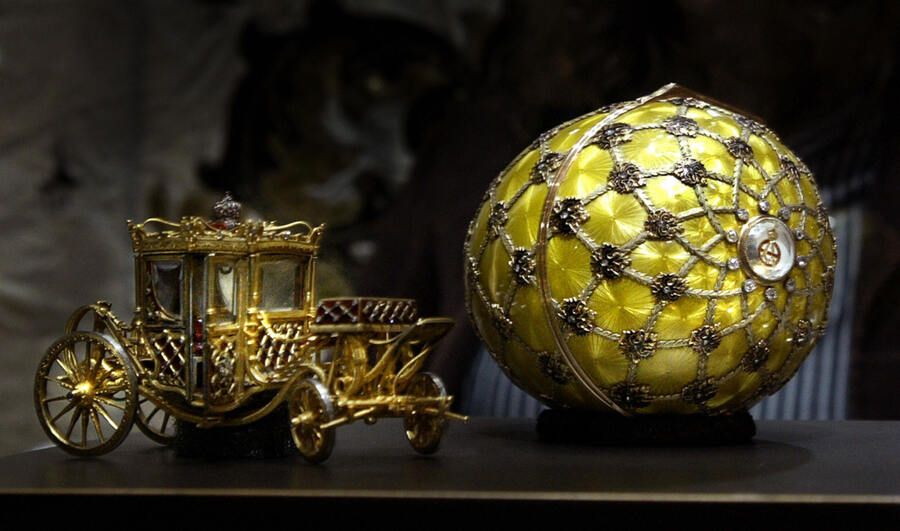 The first Faberge Egg was an Easter egg commissioned by Tsar Alexander III for his wife, Empress Maria Fedorovna in 1885. Its shell was made with enamel over gold, to look like a normal chicken egg. The egg would open up to reveal a yolk made out of gold, which then housed a small gold chicken. The egg was a metaphor for the universal symbol of life. The Empress was so impressed that the Tsar had many more commissioned. 54 eggs were created for the Tsar and the Empress, with Carl Faberge being allowed the freedom to make them as elaborate and imaginative as he wanted. When the Communist Party took power, Stalin had many of the eggs sold to raise foreign currency, with 10 still kept by the Kremlin Armoury. Malcolm Forbes, son of B. C. Forbes who founded Forbes Magazine and father of Forbes current editor-in-chief, Steve Forbes at one time held nine Faberge Eggs. His family endied up selling them and other Faberge pieces in 2004 to oligarch Victor Vekselberg for a estimated sum between $90-$120 million.

The Faberge brand has continued to make jewelry and ornaments in Paris, but this set of eggs is the first since they last made them for the Russian Tsar back in 1917. Nine out of a new set of twelve eggs were showcased during Haute Couture Week in Paris last month. The price range for the set of eggs ranged between $100,000 and $600,000 per egg. The House of Faberge plans to have more eggs commissioned for private buyers, each egg fully bespoke and original to each buyer. The world now waits until Kanye name-drops Faberge Eggs on a track.