Since Netflix's founding in 1997, it has grown from an online DVD rental company to a worldwide brand that has more than 30 million registered members in USA, Canada, UK and other European countries. Netflix has 29.92 million subscribers in the US alone. The company has struggled slightly at times but has recently been on a tear. After reporting extremely positive subscriber growth during their earnings call yesterday, the stock price jumped nearly 25% to a new 52 week high. This is great news for people who want to see a second season of House of Cards, and it's an especially good news for CEO Reed Hastings' bank account.

Reed Hastings, Netflix CEO, has managed to recover after this $640 Million decline in 2011.

Earlier this week, Netflix announced that the company's income for the first quarter of the year was $1.02 billion. The number of subscribers reached 29 million for the US only and has risen to 7.1 million in other countries such as Europe and Canada. Subscribers pay $8 a month for an unlimited streaming plan. Since the largest profit generally comes from the number of subscribers, Netflix has been working hard to create new and innovative ways to attract and retain customers. 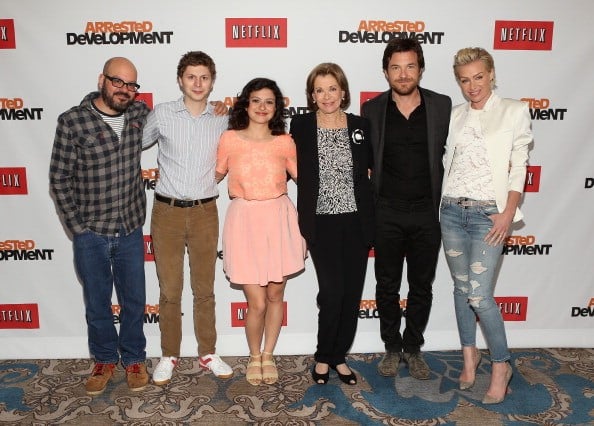 Original TV shows are now available only on Netflix. Even though the first show "Lillyhammer" did not grow in popularity, the company achieved its goals with the introduction of the "House of Cards". Kevin Spacey takes the lead role in this political drama and the show has been wildly popular among the Netflix audience. The success of the "House of Cards" encouraged the company to keep investing into new series such as "Hemlock Grove" which was released Friday April 19th. Netflix followers are currently waiting for the surprise fourth season of "Arrested Development" as well as "Orange is the New Black". There are many more series that are scheduled to follow.

Even though the DVD membership and rentals have decreased significantly, the company still makes a profit of around $113 million a year from DVD rental. As the popularity of Netflix is steadily increasing worldwide, its share price has begun to soar. The price has increased from $53 just eight months ago, to today's closing of $217. The share price jumped 25% yesterday alone! For the second quarter of the year, the company is expecting to earn around $670 million profit from subscribers only, and another $14 to $29 million in other ventures. Aside from the production of TV shows, Netflix also has exclusive pay-TV deals with many movie studios like DreamWorks, Open Road Films and The Walt Disney Studios Motion Pictures.

Reed Hastings owns 5.1% of the outstanding shares of Netflix, roughly 2.8 million shares. After the share price jumped $46 today, his net worth increased by $117 million!