Nancy Pelosi Has A Surprisingly MASSIVE Personal Net Worth

By Amy Lamare on January 4, 2019 in Articles › Entertainment

Nancy Pelosi has been serving the residents of California in various capacities in Washington D.C. for more than 30 years. On January 4th, 2019 she took the gavel as the 52nd Speaker of the House. When not in D.C., the 78-year-old Democrat maintains multiple residences in Northern California. She and her husband Paul own a mansion in San Francisco and an idyllic vineyard estate 65 miles north of San Francisco on the Napa River. The couple's neighbors know when the Washington D.C. power couple is in town by the line of luxury black SUVs making their way up the Pelosi's driveway on Zinfandel Lane. Everyone from California former Governor Jerry Brown to former Google CEO Eric Schmidt have hobnobbed at the Pelosi's California estate. All of this got us wondering about Nancy Pelosi's net worth. How rich are the Pelosis and how did they amass their fortune? Clearly, her government salary of $223,500 is nice, but not enough to amass a personal net worth that can afford a luxurious vineyard estate and mansions up and down the state…

Nancy Pelosi Net Worth: According to her most recent government wealth disclosure, Nancy's net worth ranges somewhere between $42 million and $202 million. 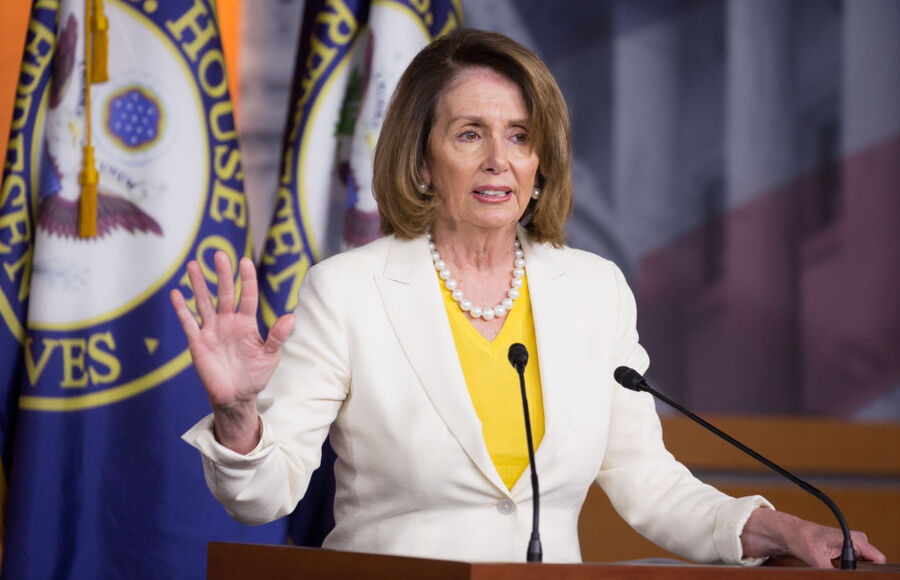 An example of this broad range is evident in the value for Pelosi's St. Helena, California estate on Zinfandel Lane. The property is valued at between $5,000,001 and $25 million according to her financial disclosure forms. Interestingly, she makes between $5,001 and $15,000 from the sale of the grapes grown in their vineyard and collects between $15,001 and $50,000 in rent from a townhouse she and her husband own in Napa Valley. Another rental property brings in up to $50,000 in the ski resort town of Norden, California. That property is noted as being worth between $1,000,001 and $5 million.

The vast majority of Pelosi's assets are attributable to her husband Paul Pelosi. Paul owns a venture capital, financial consulting and real estate firm called Financial Leasing Services, INC. Thanks to Paul, the Pelosis own large stakes in companies like Facebook, Apple, Comcast, Shutterfly and the Walt Disney Co. Paul Pelosi also owns a few office buildings in San Francisco and commercial properties around California. In 2009 Paul spent $10 million to buy the Oakland Invaders United Football League team. The team, which was soon relocated and renamed the Sacramento Mountain Lions, was eventually shut down.

Something else to keep in mind, members of Congress are not required to include their annual salary on their financial disclosure forms. They also do not have to list any property they own that they don't earn income on. For example, if Pelosi bought one of her five children a $10 million home in San Francisco she wouldn't have to disclose it unless she made her kid pay rent. Officially, Nancy Pelosi reports having $13.46 million in liabilities, which includes mortgages on seven properties.

All these wide price ranges can be confusing.

Nancy Pelosi represents possibly the safest Democratic district in the county with democrats having held the seat since 1949. No Republican has made a serious bid for the seat since the early 1960s, and she has been reelected more than 10 times with no serious opposition, winning with an average of 80% of the total votes.