As if Russian President Vladimir Putin was not already interesting enough, he is about to add a multi-billion dollar art collection to his estate. The collection is currently located in Moscow and includes original works by the likes of Michelangelo, Leonardo da Vinci, and Rembrandt.

The valuable artwork is currently in the hands of Nina Moleva, who wants it to go to Putin. After the dissolution of the Soviet Union, she claims the collection was valued with a starting price of $400 million and an estimated actual value of $2 billion by a Paris based auction house. Many questions surround the collection, including whether or not they are, in fact, original works – whether they are really worth $2 billion, and how Moleva actually obtained the artwork.

Moleva and her late husband, Ely Belyutin, have maintained that the collection came from his grandfather who was a stage artist in imperial Moscow. That man, Ivan Grinyov, was said to have collected the works through European auctions. He hid them in a fake attic so that the Bolsheviks were not able to confiscate the art. When Moleva and her late husband moved into Ivan's place some forty years later, they found the hidden treasure.

One journalist digging into the story has claimed that she was unable to find any evidence of an Ivan Grinyov in the imperial theater archives. Some people believe that Belyutin was a Soviet military intelligence officer who got the collection during World War II, when trophy art was brought from Germany to the Soviet Union.

Eric Turquin is a Parisian painting expert who visited the collection personally. He says that he has never heard the Grinyov story and that the collection was not worth even $400 million. Turquin did say that "it was an altogether remarkable body of religious painting from the 16th and 17th centuries." 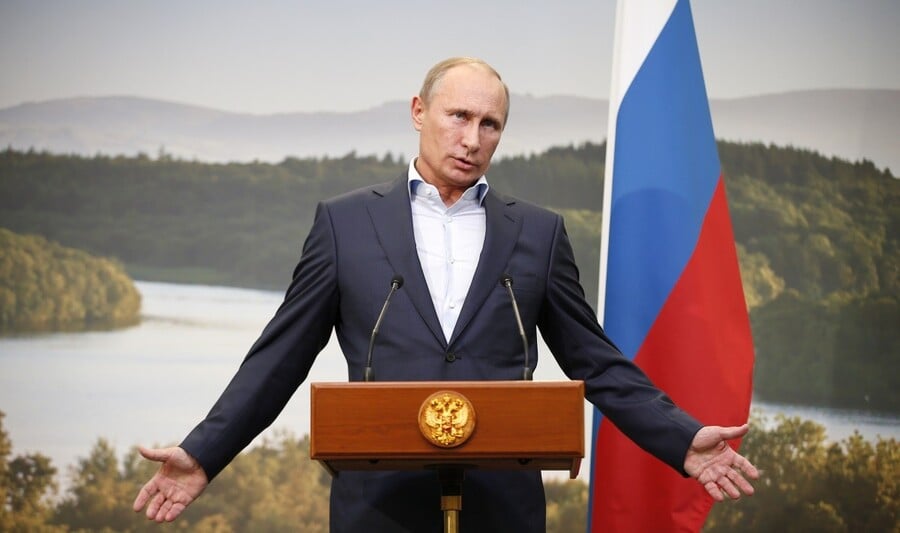 Whatever the truth is about this artwork, two things are certain: Moleva wants Putin to have the collection, and he wants to have it also. Two policemen have been sitting in a car 24 hours a day, seven days a week by the entrance of Moleva's apartment to protect the said collection.

This goes to show that although some may consider Vladimir Putin to be radical and even crazy, some Russians really love him deeply. If you found a multi-million or billion dollar art collection in your grandfather's attic, would you donate it to President Obama?