By Brian Warner on October 26, 2011 in Articles › Entertainment

Last night multi-millionaire director Michael Moore went on CNN's Piers Morgan Tonight and vehemently denied that he is part of the 1% that Occupy Wall Street is fighting against. Moore has been an unofficial spokesman for the Occupy Wall Street movement over the past two months commandeering the media spotlight around the cause. Last night was actually his second appearance this month on Piers Morgan and followed an appearance on CNBC that took place earlier in the day. 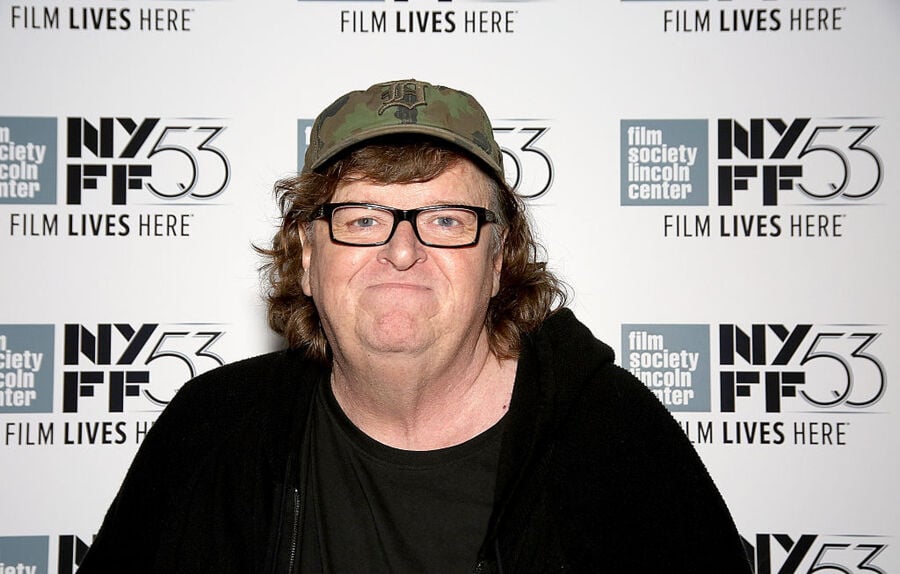 A transcript of the interview:

I need you to admit the bleeding obvious. I need you to sit here and say, I'm in the 1 percent, because it's important.

You're not in if 1 percent?

Because you're worth millions.

No, that's not true. Listen, I do really well. I do well. But what's the point, though?…

Moore's denial is strange when you consider his net worth is easily over $50 million. His three biggest documentaries have raked in over $300 million at the box office. Moore cleared over $20 million off Fahrenheit 911 alone. Under his current distribution deal with Miramax, Moore is entitled to 27% of all his film's revenues. He also receives generous 7 figure advances for his book deals. So how is he not part of the 1% which OWS defines as "anyone with an annual household income greater than $593,000"

Moore is a member of an ever growing list of extremely wealthy celebrities who support the Occupy movement. If you recall, Celebrity Net Worth was one of the first outlets to point out the irony in Roseanne Barr calling for all rich people to be beheaded when she herself has a net worth of $80 million. Within 15 minutes of publishing our original article, we received a series of ridiculous angry tweets from Roseanne herself via Twitter where she called us "lying pieces of commie shit". We responded with an open letter to Roseanne where we asked some very basic questions about her involvement in the Occupy movement. Specifically how she has the right to support the 99% when her wealth puts her squarely in the .01%. No response was received from Ms. Barr.

After our little spat with Roseanne we published a list of the 10 Richest Celebrities Supporting Occupy Wall Street. Let me stress here that we really do not have anything against the Occupy Movement. But we do find it ironic when people like Alec Baldwin, who gets paid to hawk Capital One credit cards, rally against the banking industry. Or Russell Simmons who is worth $325 million and has his very own line of high fee, high interest credit cards called UniRush Financial Services. Or, our personal favorite Kanye West who shows up to #OWS wearing tens of thousands of dollars worth of clothes and jewelry.

So what do you think? Is Michael Moore part of the 1%? Considering his own personal net worth does he have the credibility to be the un-official spokesman of this movement? Maybe he is just bad with his money and needs a better money manager! Let us know in the comments.