How Mukesh Ambani Became The Richest Person in India

By Amy Lamare on November 29, 2013 in Articles › Entertainment

Mukesh Ambani shares a handful of traits with another of India's most famous citizens, the late, great, revered, Mahatma Gandhi. Like Gandhi, Mukesh Ambani is a vegetarian, a teetotaler and an inventive thinker with great ideas for India's future potential. The comparisons to Gandhi pretty much end there. Gandhi was focused on spiritual purity to a near saintly level. He was a man who believed the soul of his country was in the small villages, and was very skeptical of modern times, technology and industrial advancement. Ambani is a champion of the city, a man who embraces the present, runs full tilt towards the future and, somewhat ruthlessly, wields his great financial power to do so. He believes that in the near future his countrymen can banish the abject poverty that plagues India today and remove the entrenched caste system. Another slight difference between Gandhi and Ambani would be their views on wealth. Gandhi took a vow of poverty, Mukesh definitely did not. Today, Mukesh Ambani is the richest person in India with a net worth of $18.5 billion. His countrymen believe he will be the richest person on earth one day soon. Who is Mukesh Ambani, where did he come from, and how did he get so stinkin' rich? 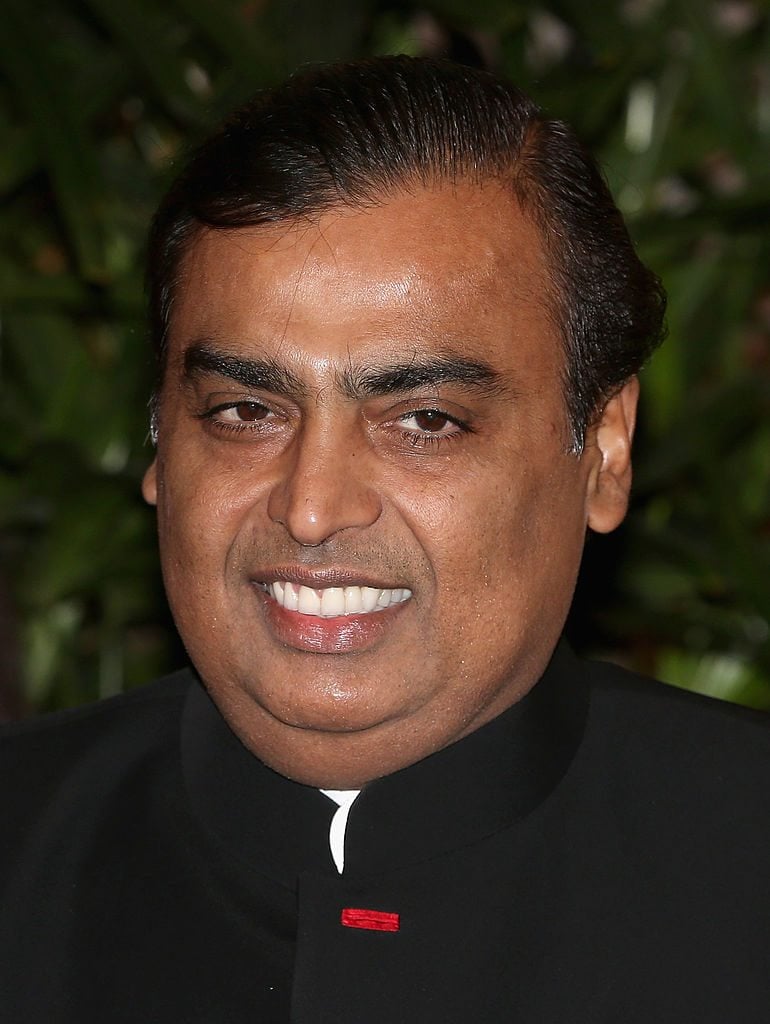 Mukesh Ambani was born of April 19, 1957 in Yemen, the oldest child of Dhirubhai Ambani and Kokilaben Ambani. His father founded the company Mukesh runs today, Reliance Industries. Reliance Industries first exported spices to Yemen, then entered the yarn business. Mukesh and his family lived in a two bedroom apartment in the relatively downtrodden Bhuleshwar area of Mumbai. Their building was what Americans would call a tenement. When Reliance began to thrive in the late 1960s, the family moved up into one of Mumbai's best neighborhoods.

Ambani received his BE in Chemical Engineering from the University of Mumbai and then enrolled at Stanford for his MBA. In 1980, Mukesh dropped out of Stanford after the polyester/filament/yarn (PFY) industry was opened to the private sector. Ambani's father applied for and was awarded the government's PFY license and asked his son to return home to help the company build a new polyester plant. During the early and mid-1980s, Ambani worked for his father's company's yarn manufacturing division in a remote Indian village where he lived in a trailer. This laid the foundation for his leadership skills as he learned to listen to his employees and keep a pulse on the business at every level. Over the ensuing years, Reliance moved into petrochemicals, petroleum refining, telecommunications, entertainment, asset management and oil and gas exploration. Reliance soon grew into one of largest publicly traded companies in India.

Today, as his country moves from burning cow dung for energy to guzzling oil with the zeal of more industrialized nations, Reliance has built the world's largest oil refinery. As of 2013, India ranks 23rd on the list of top oil producing nations, but in music industry parlance, you'd say that's No. 23, with a bullet. Ambani and Reliance definitely has India on the rise. 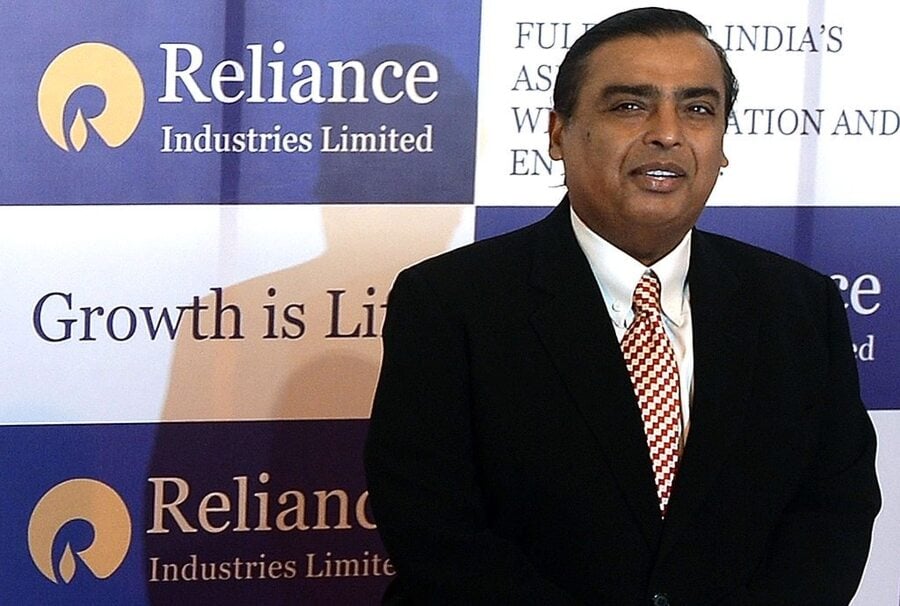 Under Ambani's guidance, Reliance has grown well beyond the oil and energy world. The company has opened a chain of roughly 700 stores that sell food to tens of millions of Indians. Ambani has promised that these stores will move money from the flourishing cities of India out to the struggling agricultural and rural areas. Over the next five years, Mukesh would like to see Reliance earn more than $40 billion in revenue per year and employ 15 to 30 million Indian citizens. Even as Ambani steers his company into new arenas, he continues to nurture Reliance's dominance in its petrochemical, oil, gas and textile manufacturing businesses. In certain regions of India, Reliance's chain of grocery stores have inspired farmers to become more productive.

When the Ambani father died without a will in 2002, a war erupted between Mukesh and his brother Anil. The fight over Reliance would last several years until the Ambani mother intervened and brokered a peace. The resulting agreement gave Anil control of all of Reliance's telecommunications, asset management and entertainment. Mukesh was given the company's oil, textile and refining assets.

Ambani is a vigorous supporter of the movement to move India farther and farther away from the days of colonial imperialism. He is seen as someone who is fiercely loyal to his country and committed to making it a better place. Ambani shrugs off the decades of British influence, preferring to speak Gujarti to English, and take in Bollywood films as entertainment rather than ballet. While other Indian families, who have been wealthy for generations, wear fancy clothes and drive flashy cars, the Ambanis are more emblematic of a new class of wealthy Indians. These families want to live, work and raise their families with traditional Indian values, food and popular culture. It's almost an anti-snobbery movement.

On the other hand, Mukesh definitely does not live like a pauper in the streets of Calcutta. Quite the opposite, in fact. Mukesh and his family live in a 27-story mansion right in the heart of Mumbai that is the most expensive private home in the world. The roof has landing space for three helicopters and six floors are reserved exclusively for 168 parking spaces. The house has a 50-seat movie theater, yoga studio, health club, spa, ballroom. Even though only six people live in the house, the building is staffed by more than 600 full-time employees. To build the property, an orphanage was demolished. The 48,000 square foot building is estimated to have cost between $1 and $2 billion.

Ambani is a man who is proud of his Indian heritage, wants to lift his country out of poverty and does it all while running a multi-billion company. And then he goes home, where his teenage daughter rides him over his environmental record, telling him that his plastics business pollutes and requesting he re-evaluate his portfolio. Despite all the wealth and power, at the end of the day, Mukesh Ambani is a father being questioned by his daughter.