Vanna White Net Worth And Salary: How Much Does The Wheel Of Fortune Beauty Make To Spin Letters?

By Marvin Jules on March 1, 2022 in Articles › Entertainment

You would be hard pressed to find a more famous game show duo than Pat Sajak and Vanna White. As I'm sure you know, Pat and Vanna are synonymous with the show "Wheel of Fortune."

As of this writing, "Wheel of Fortune" is the third-longest running American game show of all time at 47 years. The show only trails "Jeopardy" at 53 years and "The Price is Right" at 59 years. But! Perhaps more importantly, Pat and Vanna do hold the record for longest-running television hosts of all time, at 40 years.

While Sajak holds down the hosting duties, White may be the straw that stirs the drink. For four decades, Vanna has entranced audiences as she casually made letters appear on the Wheel of Fortune board with style and grace.

But how exactly did Vanna White come to be the world's most-famous and best-paid letter turner? 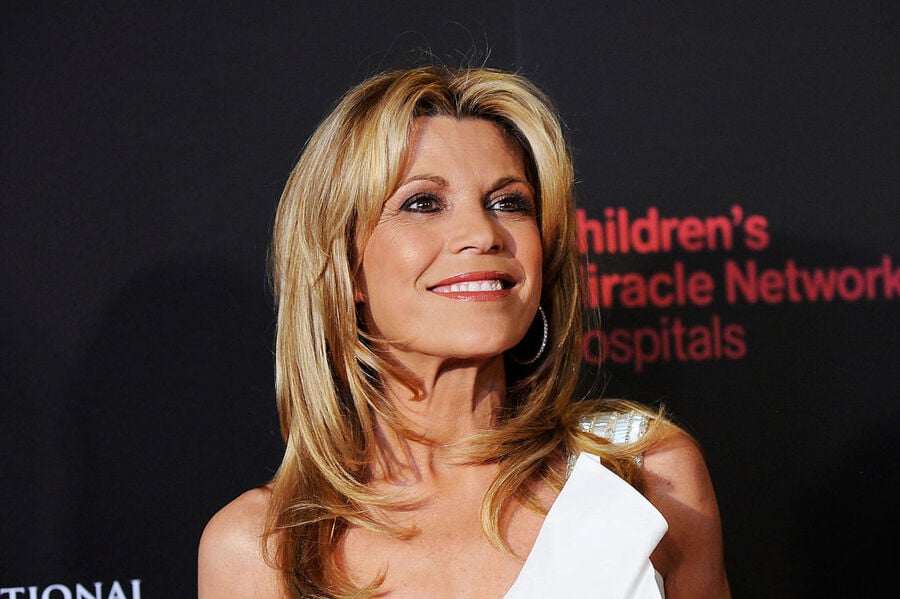 Vanna White was born Vanna Marie Rosich on February 18, 1957 in Conway, South Carolina. Her birth father abandoned her family after she was born, and White's mother ended up marrying a man named Herbert Stackley White, Jr. She ended up taking Herbert's last name as her own. She left South Carolina in the late 1970s to pursue an acting and modeling career in Los Angeles.

Fun fact: Vanna's first appearance on a game show was not as a host, but as a contestant on "The Price Is Right." Unclear if she took home the showcase showdown.

"Wheel of Fortune" was conceived by game-show genius Merv Griffin in the mid-1970s while he was on a family road trip spending his days playing the word game hangman. With the help of executives at his production company, they tweaked hangman to create what became "Wheel of Fortune."

The game debuted on January 6, 1975. The original host was Chuck Woolery. Woolery was replaced in 1981 after demanding a large pay raise that Merv rejected. When Woolery's contract was not renewed, Merv chose a local NBC Los Angeles weatherman named Pat Sajak to be the new host.

Wheel of Fortune's original hostess was Susan Stafford. Stafford worked on the show from the debut in 1975 until October 1982 when she left to become a humanitarian worker.

An audition for her replacement was held and over 200 of LA's most-beautiful and talented models tried out for the gig. In the end, the choice came down to two women:

Playboy centerfold Vicki McCarthy and Vanna White. As you know, Vanna got the gig.

As of this writing, Vanna White has appeared on over 6,000 episodes of Wheel of Fortune. She's worn more than 5,700 gowns on the show. Pat attempts to match his tie to her dress every night.

For her letter-turning services, Vanna White's salary is…

Wheel of Fortune tapes four days per month, six shows per day. They tape two Thursdays and two Fridays. On taping days, they both arrive around 8:30 am and start shooting at noon. One audience watches three shows, then there is a break for lunch. A second audience comes in to watch three more tapings.

But That's Not All!

In exchange for licensing their names and likenesses, Vanna and Pat each earn an estimated $15 million per year.