How Much Do The Real Housewives Make For Living Their Lives On Camera?

By B. George Young on September 8, 2015 in Articles › Entertainment

Whether you love or hate the show, The Real Housewives franchise has become a force to be reckoned with in the landscape of reality television. It has been almost ten years since the franchise began, with The Real Housewives of Orange County debuting on Bravo in 2006. Since then, the series has expanded to New York City and Atlanta in 2008, New Jersey in 2009, Washington, D.C. and Beverly Hills in 2010, and Miami in 2011. The Real Housewives has even expanded internationally to places like Athens, Vancouver, Melbourne, and Cheshire.

With reality TV comes the opportunity for reality stars to make lots of money for "just being themselves" and having their lives constantly filmed. There are lots of Real Housewives to keep track of, but here are the most up to date figures on what some of them are making per season. 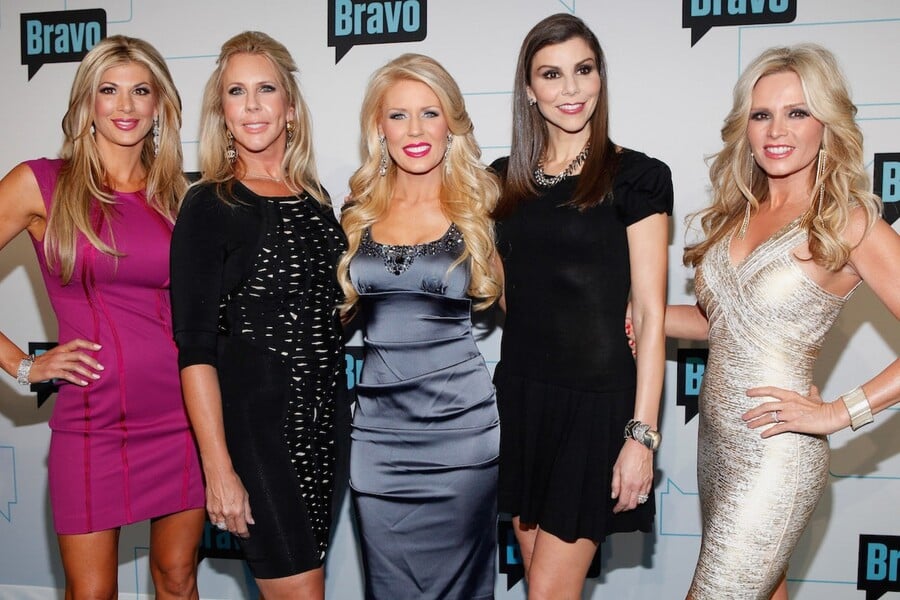 The Real Housewives of Orange County

Vicki Gunvalson – Vicki makes $500 thousand per season. She calls herself the original housewife and says that she plans to stay relevant even with all the spin-offs and interesting housewives.

Tamra Barney Judge – Tamra brings home $600 thousand a season. She got married for third time on the Bravo special Tamra's OC Wedding and calls herself the "hottest" housewife.

The Real Housewives of Atlanta

NeNe Leakes – Leakes is the biggest earner of The Real Housewives franchise, making $1 million plus bonuses per season.  She also had her I Dream of NeNe wedding special on Bravo and is the most recognizable wife on the highest rated housewives version.

Kandi Buruss – Buruss takes home $550 thousand per season. She is also a singer and music producer and got her own Bravo spinoff The Kandi Factory. Buruss even runs a sex toy company called Bedroom Kandi which makes her a real entrepreneur.

The Real Housewives of New Jersey

Teresa Giudice – Giudice is the second highest paid housewife and makes $700 thousand per season. Teresa owes more than $400 thousand in restitution for her fraud conviction. Maybe she should borrow from Donald Trump, who she "worked for" on The Apprentice.

Melissa Gorga – Gorga brings home $350 thousand each season and is the sister-in-law of Teresa Giudice. Melissa is writing a book about how to "maintain a sexy marriage" with her husband Joe.

The Real Housewives of Beverly Hills

The Real Housewives of Miami