How Much Does An NFL Referee Make?

By Amy Lamare on February 2, 2020 in Articles › Entertainment

Football season is in full swing and every weekend we watch the NFL referees run up and down the field making calls that can make or break the outcome of the game. Those poor referees. They get the brunt of the angst. Fans yelling at their TVs when they think a call was wrong. Fans criticize refs easily, but the truth of the matter is that the NFL's website shows that referees were 95.9% accurate on all calls during the 2016 season. With that kind of accuracy, those officials in the striped shirts deserve a big payday—and they know it. Just look at what happened in 2012 when the official referees were on strike. Replacement referees had to step in and boy was that a disaster. It was a Monday Night Football game between the Green Bay Packers and Seattle Seahawks. A very controversial end zone call at the end of the game forced the NFL and its striking officials back to the bargaining table. Three weeks into the 2012 season the they came to a new eight year agreement that included changes in their pension and retirement benefits as well as wage increases throughout the term of the agreement.

In 2013, the average NFL referee salary was $149,000. By 2019, the final year of the current collective bargaining agreement, that salary will rise to $205,000. In addition to their base compensation, the referees got to keep their existing defined-benefit pension plan through the 2016 season or 20 years of service. Starting this season, the league is moved to a defined-contribution 401(k) plan. It's pretty generous, with an annual deposit of $18,000, and a partial matching contribution. As for their 2017 salary, this season referees make $188,322. 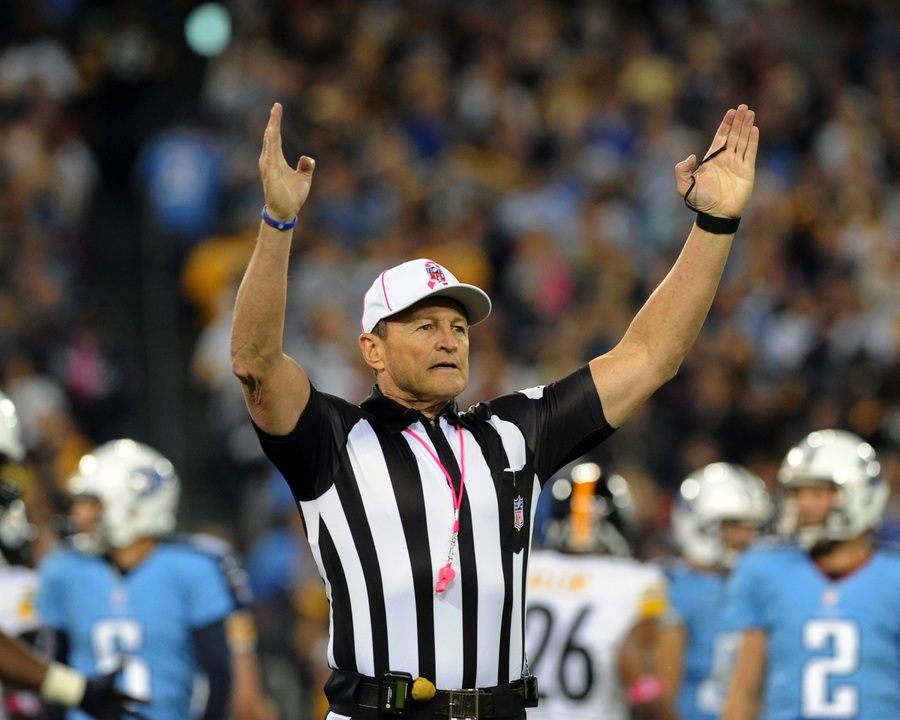 As well compensated as NFL referees are, they aren't paid anywhere near as well as referees in other professional sports. A veteran baseball umpire can make as much as $400,000 per year and receives health insurance, paid time off and a full pension.

However, a 10 year veteran can make as much as $200,000 or more per season. But here's the kicker (pun intended): NFL referees are not full time employees. They do not get paid time off and they do not receive health benefits. Even though NFL refereeing is a highly paid side job, most officials have full time jobs outside of Football. One of the most famous refs Ed Hochuli is a prominent attorney in Arizona during the week.

Even though being an NFL ref is just a side-job, refs aren't simply running around blowing a whistle for a few hours each Sunday. They are required to spend 35-40 hours per week preparing for games, training physically, studying rules and traveling for games.

If you think refs were being greedy or that they are overpaid, consider the $13 billion in revenue the NFL makes each season. The $3.2 million the refs' current collective bargaining agreement cost the NFL is nothing. Even if the NFL had said yes to every single request the refs made during the 2012 strike, the total cost would have amounted to $16 million. Total. That's not an annual number, that's the full amount. The league thought hiring replacements wouldn't cause much of a difference in the game play. Clearly that was proven false. Part of the reason the replacement refs were so awful is that they came from the lowest levels of college football. The refs from college football's highest ranks refused to be scabs. The lower level refs were clearly unfit for a professional level of play.