How Much Has Mark Wahlberg Made From His Movie Career… So Far?

By Venus Lockett on September 15, 2015 in Articles › Entertainment

An unconventional rapper turned actor story, at this point, Marky Mark, AKA Mark Wahlberg would likely be willing to discuss any topic besides his musical beginnings. Nevertheless, his humble beginnings have led to a slew of happy (and not-so-happy) on-screen endings. How much has Mr. Wahlberg made from his films so far? Well, let's add it up…

A supporting role in a Leodardo DiCaprio film, Wahlberg didn't exactly start at the bottom as far as his film career is concerned. Nevertheless, he was only paid $60 thousand for his role in the film.

A suspense thriller released in the mid-nineties, Fear took Wahlberg's career to a whole new level. Luckily for him, his paycheck also saw a boost. Still not quite the A-B list celebrity he is today, but the $250K he made for the film was certainly nothing to sneeze at.

A war story about a treasure hunt, this was the turnaround point for Wahlberg as he actually started to be taken seriously as a thespian. Complete with an equally awesome payday, the actor struck gold, earning $2 million for his role in the film.

An American biographical flick about the dangers of working on fish boats, Wahlberg starred alongside George Clooney and scored another $1 million for his role in this film.

A new age interpretation of an epic, sci-fi standard, Wahlberg's performance in Planet of the Apes was highly revered and earned him his biggest paycheck yet: $8 million!

An excellent year for Wahlberg, this film solidified the actor as a sex symbol as well as a force to be reckoned with. An awesome story about a working man who got the chance of a lifetime and ran with it, the film seems to parallel Wahlberg's career in a number of ways. Either way it goes, he was paid $6 million to play one of the greatest on-screen rock legends of all time.

A remake of the classic film Charade, this film is a romantic thriller of sorts filled with many twists and turns. Well worth the running around, Wahlberg scored an impressive $10 million for this film. Which had been his biggest paycheck to date.

An American remake of the British film (of the same name), The Italian Job is a film about a heist of epic proportions. However, his wallet wasn't so lucky. The actor received only $2.5 million for his part in the movie.

A smaller role for the actor, nevertheless, I Heart Huckabees is a brilliant film that certainly enhanced the actor's resume. A small yet vital part of an all-star cast including Jason Schwartzman, Dustin Hoffman, and Lily Tomlin, this role put a spotlight on his versatility and gave him an extra $500,000 to boot.

An awesome action film with a highly sympathetic story line, Wahlberg starred alongside music greats Tyrese Gibson, Andre 3000, and actor Garrett Hedlund in this modern day classic. Movie reviews were mostly stellar and Wahlberg also earned $2 million for his role in the film.

A film geared towards football buffs, Invincible is an inspiring tale that Wahlberg helps to masterfully bring to life in this awesome flick. What's more, he earned a pretty good living doing so. His bankroll increased by $5 million.

A mobster film that received rave reviews, Wahlberg's supporting role in The Departed invited an additional $5 million into his bank account.

Another awesome action film, Wahlberg stars as a fleeing Marine sniper in this military themed flick. Once again boosting his earnings, the star took home $10 million for his execution of the character, Bob Lee Swagger.

Another action-packed film, this time Wahlberg stars as a boxer who is bogged down by intersectional, personal and professional woes. Despite his stellar performance, the actor took a pay cut to play this role. He was paid $500,000 for his work in the film.

Juvenile, shocking, and provocative, Mr. Wahlberg stars opposite a talking teddy bear known as Ted (voice by Seth MacFarlane) in this highly comedic movie. Once again raking in the big bucks, the actor was paid $7.5 million for his role in the film.

A governmentally focused thriller for the new age, 2 Guns brought out the big gun, Denzel Washington as the actor's co-star. A great movie with a pretty good payday, Wahlberg scored $10 million for his work in this film.

Later in the same year, Wahlberg plays a Navy Seal stationed in Afghanistan. As touching as it is brutal, the star more than earned his $4 million for lending his acting chops to the film.

As proof that acting is an unpredictable field, the actor scored his biggest payday ever for his starring role as Cade Yeager in the action-packed film. Although he certainly had fun playing a vigilante of sorts in this robotic-centered film, I'm fairly sure that the $17 million was one of his main motivations for taking the role. 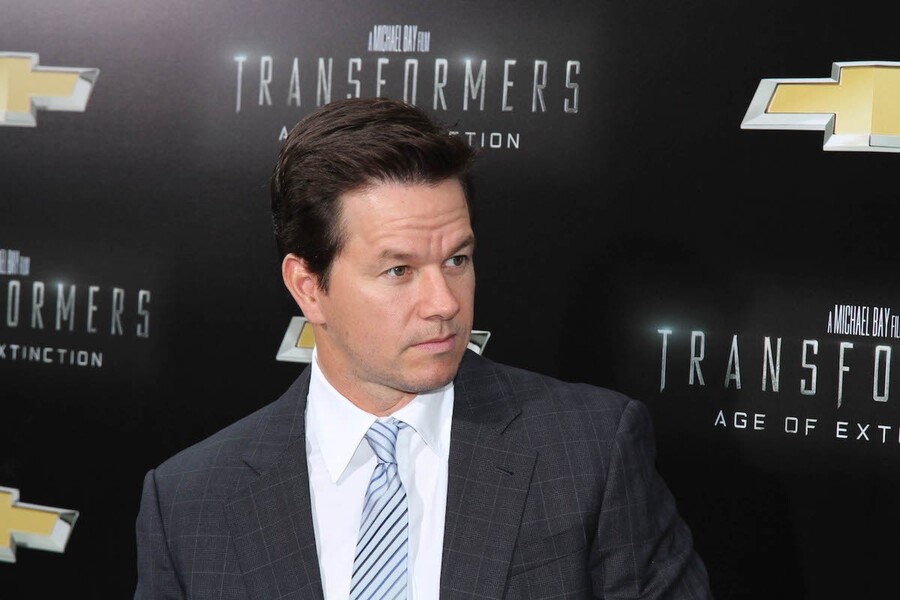 Although the actor did not appear on the show, Wahlberg also had a very successful run as executive producer of the hit show. Much more than just fun and dirty jokes, the $3 million per year Wahlberg received had him laughing all the way to the bank.

With over $116 million made from his acting endeavors so far, and a total worldwide box office gross of $3,508,100,000, his net worth of $225 million will likely continue to grow. Indeed, with movies such as Ted 2 and his work in Entourage, the film (as well as the show's subsequent syndication), which is not even included in the tabulation, it is unlikely that the still fairly young actor will be taking any vacations, anytime soon.