How Much Gold is In Fort Knox?

By Paula Wilson on September 5, 2021 in Articles › Entertainment

In this era of electronic transfers and cashless transactions, it is sometimes easy to forget that the value of "normal" (aka non crypto) money is partially based on a very real substance: Gold. From 1900 until 1971, all United States currency operated under the gold standard. In theory, every paper dollar printed by the U.S. Mint was backed by an equivalent amount of government gold.

Under the gold standard, anyone could walk up to a bank currency desk and exchange paper dollars for the market rate worth of gold. For nearly 80 years, a very large portion of America's gold has been held in reserve at the U.S. Bullion Depository, known more commonly as Fort Knox. And even though we switched off the gold standard in 1971, the idea that billions of dollars worth of gold bars are just sitting in Fort Knox gathering dust, is a tantalizing fantasy for any criminal mastermind.

So, exactly how much gold is kept at Fort Knox? 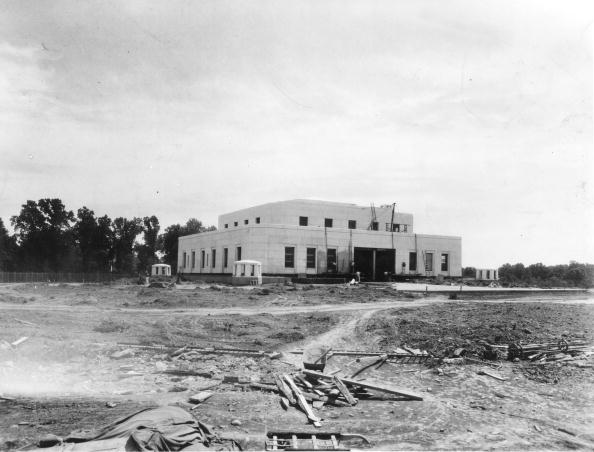 Fort Knox is located in Fort Knox, Kentucky at the intersection of Gold Vault Road and Bullion Boulevard.  It was built in 1936 to house the massive gold reserves that came about because of an order issued by President Roosevelt in 1933.

Executive Order 6102, required all American citizens to relinquish ownership of private gold reserves, including coins, certificates, and bullion.  The order essentially made it illegal to own these items privately.

At the time, the US government had $4 billion worth of gold.  By the time everyone had complied with the new order, that amount had ballooned to $12 billion.  With no place to put all of the gold, the Federal Government decided to take over a portion of land reserved for the military, and build a massive vault.  Construction cost just under $600,000 (roughly $10 million in today's dollars) and was completed in December of 1936.  The gold began to arrive in January of 1937.

The main vault, which holds gold as well as items deemed important to national security or US history, can only be accessed through a 20-ton, 21-inch thick door that is torch and drill-resistant.  The entry codes are known only to a small number of employees and no visitors are allowed into the building.  Inside the vault, there are multiple smaller vaults, each requiring their own entry codes.  A special police force, known as the United States Mint Police, protects the entire compound at all times.  There are also extensive alarm systems, cameras, microphones, barbed wire, mines, electric fences, multiple attack helicopters, and artillery.  If an employee is locked in, there is an escape tunnel, but little information about the tunnel is available to the public. 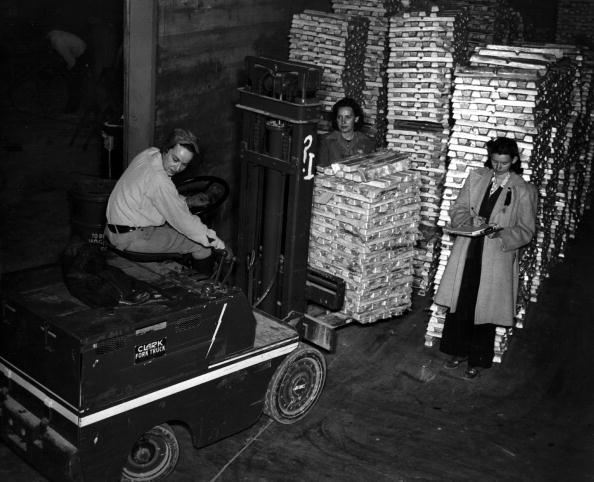 The amount of gold held at Fort Knox has fluctuated over the years.  It was at its greatest amount during World War II when several European governments moved their gold reserves to Kentucky for safe keeping. At this time, the amount of gold at Fort Knox peaked at 20,205 metric tons (650 million oz. troy). Also during WW2, the original copies of the Declaration of Independence and the US Constitution were moved to Fort Knox as were the Hungarian Crown Jewels and a copy of the Magna Carta.

Currently, the vault holds 4,578 metric tons of 368,000 standard, 400 oz. troy gold bars. That's equal to three percent of all the gold that has ever been found and refined in human history. At today's price of roughly $1,800 per ounce, Fort Knox holds….

The vault also holds a number of rare gold coins.  The gold bars are of varying purity.  Some are roughly 90% gold, as they were created from melted down coins.  Others are mint and are 99% gold.

Roughly $500 billion worth of gold!

Some of this gold is owned by other nations and is being held in trust. Anyone who has seen the movie "Die Hard with a Vengeance" will recall that the bad guys were attempting to steal the gold from the Federal Reserve in NYC using huge trucks and construction tunnels under the city.

Between Fort Knox and the gold held in the Federal Reserve Bank in Manhattan, there is more gold held on American soil than any other country in the world. But for all you super criminals reading this, the lesson here might be forget Fort Knox and focus on the Fed in Manhattan. Twice the payout!