How Much Is The Cast Of Orange Is The New Black Worth?

Orange Is the New Black is one of the hottest shows out there, even though it is only available on Netflix. The series, which is returning for its third season on June 11, promises more drama and laughs than ever before. OITNB has won Critics' Choice Television Awards, Primetime Emmy Awards, and People's Choice Awards. Netflix has been spending about $4 million to produce each episode of the show, so you know it must be making a ton of money.

The third season will have 14 main characters and many more recurring players to keep track of. Netflix has not revealed a lot about how much the actors and actresses make in Orange Is the New Black, but we know that two of the stars make $35,000 per episode. I wouldn't complain about making that much money, but compared to some other hit shows it seems pretty low. Here is a look at how much each of the stars of this hit show are worth and how they rank against each other. 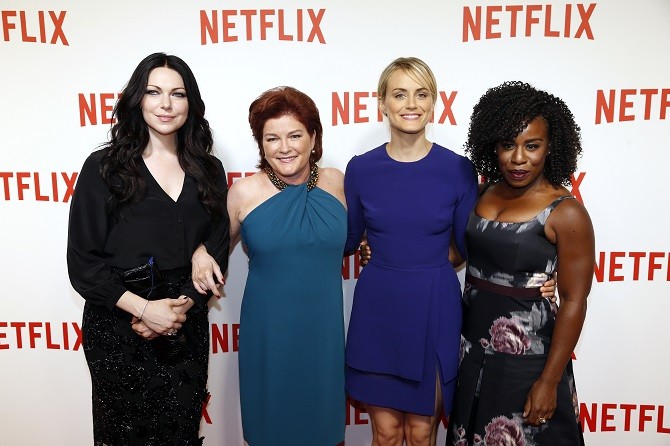