Was Muammar Gaddafi The Richest Person Ever? Worth $200 Billion?

By Simon Gerard on August 16, 2012 in Articles › Entertainment 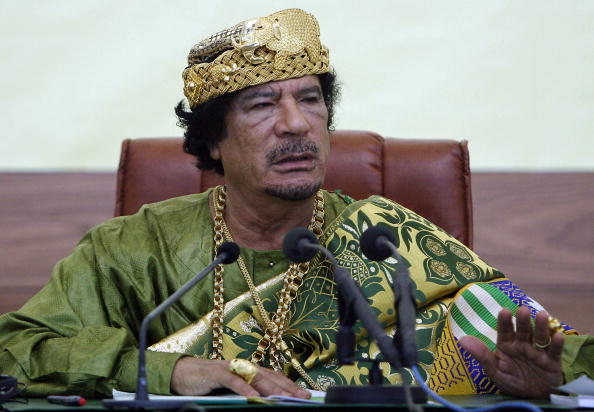 Muammar Gaddafi was able to build his massive personal wealth thanks to a violent and domineering control over Libya's natural resources. Specifically their rich supply of oil. Libya has the largest supply of oil in Africa and the tenth largest in the world. Gaddafi used Libya's oil to print money for 40 years! During that time he spread his money around the globe through family members, Swiss bank accounts, real estate and investments. Estimated at $200 billion, he had enough to give $30,000 to each of Libya's 6.6 million citizens.

At the beginning of the Lybian conflict, authorities discovered and seized roughly $67 billion of Gaddafi's wealth hidden in bank accounts around the globe. England, France, Italy and Germany seized another $30 billion and the Obama administration found a staggering $37 billion in the United States. Investigators suspect that Gaddafi hid an additional $30 billion around the world.

As more investigations take place, it looks like Gaddafi had money stashed or invested in almost every major country in the world including the United States, Europe, the Middle East and Asia. In addition to bank accounts, Muammar owned a stake in the Italian soccer club Juventus and the car company Fiat. He also was a minority of London's Financial Times. Gaddafi had luxury homes around the world including the huge estate pictured below. Surprisingly this house is located in the United States. In Englewood, New Jersey of all places! His house includes a huge swimming pool, tennis court and even a shooting range…

Investigators from U. N. Security are still waiting on many countries to resolve what Gaddafi might have within their borders. Several neighboring African nations refused to freeze Gaddafi's accounts because of their fear and loyalty to the ruthless leader. Now that he's dead, we should see even more money come to light. On top of all this, it's believed that Gaddafi had billions of dollars worth of gold hidden in Libya, which has yet to be discovered.

Did Mummar Gaddafi's $200 billion make him the richest person of all time? To find out how he stacks up, click this article: