Mother Of The Internet Lynda Weinman Stunned By Her Own Success

You've probably heard of Lynda.com. Founded in 1995 by now 60-year-old Lynda Weinman, she founded the site as a place students could go for free resources. At the time, Weinman herself was taking a self-taught approach to web design. That isn't all that unusual today, but back in that pre-YouTube, pre-smartphone, pre-app world, it certainly was. She was a web design teacher and in 1993 she was looking for a book her students could use as a reference. All she found were technical guides that were too complicated for the average person or a beginner to understand. So, what did she do? She went out and wrote that book, Designing Web Graphics, herself. It was instantly popular. Around the same time, she got an email from the email address [email protected] and wondered if the domain name Lynda was available. It was. She bought it for $35 and used the website as a way to communicate with her students and readers. Two decades later, in 2015, LinkedIn bought Lynda.com for $1.5 billion in cash and stock.

Lynda is old school – both the woman and the website she founded. She didn't enter the tech industry with dreams of becoming a billion dollar unicorn. She was just trying to teach people about what she loved – web design. For many years she was a professor at the ArtCenter College of Design in Pasadena. Her side hustle was her book and her web design courses. 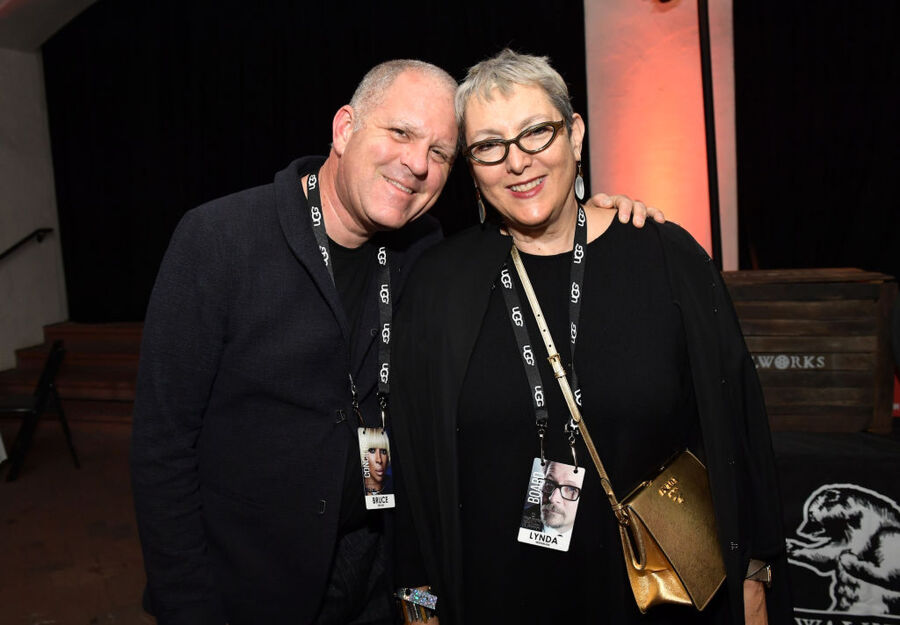 After the success of her book, her husband and cofounder Bruce Heavin got the idea to rent a computer lab at a high school over spring break and to offer a week long web design class. They advertised the class on Lynda.com and weren't sure anyone would be interested. The class sold out and students flew in from as far away as Vienna to take her class.

Those seven-day workshops soon became Weinman and Heavin's bread and butter. They took $20,000 of book royalties to found their web design school. Their training programs sold out months in advance. They had to turn customers away. They grew the web design school to a business with $3.5 million in revenue and 35 employees. Then, in 2001, the dot com crash and 9/11 happened and interest in learning web design fell off. Weinman had to lay off 75% of her staff. She had only nine employees remaining. Weinman and Heavin downsized their home and gave up some of their classroom leases in order to stay afloat. That is when they came up with the idea to put their business online.

Remember, back in 2001, streaming wasn't a thing yet. Watching movies on computers was a pretty new and not widely accepted idea. Lynda.com put up a pay wall and sold a $25 monthly subscription service. Not too many people signed up. With only about 1,000 subscribers to start, Lynda.com was barely surviving. Weinman knew that building an online member base would take time. The first couple of years membership doubled each year. By 2006, it had grown tenfold. When Lynda.com reached 100,000 subscribers, Weinman took all 150 of her employees and their families to Disneyland to celebrate.

Weinman wanted a family feel at Lynda.com. It got harder to know every employee by name as her company grew to more than 500 employees. In 2007, she brought in a CEO to help run the business better.

Over the past few years, massive open online courses (MOOCs) looked like they might threaten Lynda.com's business. She held her ground and continued to offer more courses and subjects. She started with 20 online video courses nearly two decades ago. Now Lynda.com offers 6,300 courses and more than 267,000 video tutorials. By offering a library of courses and videos turned out to be just the thing that kept Lynda.com from being classified as a MOOC.

When Weinman heard that LinkedIn was interested in acquiring her company she was shocked. She and her husband were not looking for a buyer and she felt far from ready for retirement. The more she thought about it, however, the more it made sense. Both websites were resources for people trying to advance their careers. The success of Lynda.com plus the sale to LinkedIn give Lynda Weinman, the "mother of the internet," and her husband a net worth of $320 million.

Today, Lynda Weinman makes somewhat of a hobby of buying and selling properties. She picked up her mansion in the prestigious Bird Streets neighborhood of Los Angeles in 2016 for $27 million. It is currently on the market for $29 million.

A serious art lover, Lynda's success allowed her to amass a world class art collection, which hangs all over her mansion above the Sunset Strip. Her neighbors include Leonardo DiCaprio, the mansion of the late Stan Lee, Walmart heiress Sybil Robson Orr, and the notorious fugitive Jho Low. This estate is just one in Lynda's more than $70 million property portfolio. She also owns an oceanfront home in Carpinteria, California that she bought for $19 million in 2015 from Dennis Miller. Her neighbors there include George Lucas, Ellen DeGeneres and Portia de Rossi, and Ashton Kutcher and Mila Kunis. Weinman also owns a four acre vacant property in Montecito not far from Oprah's house. She bought the land in 2015 for $13.4 million and is in the early stages of building a massive custom compound.

She is president of the Santa Barbara International Film Festival. She is a major art lover and collector. And, fun fact, her best friend dating all the way back to her college days at Evergreen State College is The Simpsons creator Matt Groening.