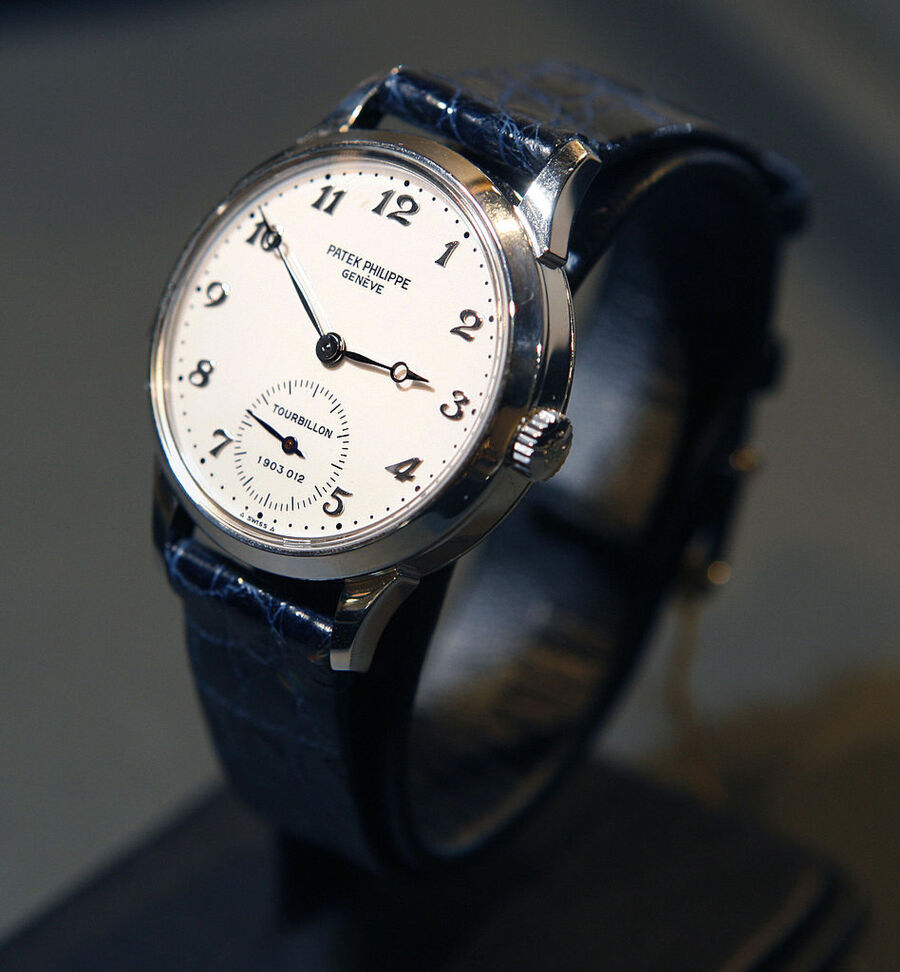 The 10 most expensive watches of all time:

This is a one-of-a-kind Patek Philippe wristwatch, featuring 18-karat yellow-gold, a chronograph and a 60-minute register.

Patek Philippe's gold chronograph wristwatch has a cushion-shaped case, a one-of-a-kind wristwatch made specifically for a left-handed wearer.

The watchmaker's most influential patron, Henry Graves Jr., a New York financier, had this signed Patek Philippe watch made for him. The Grande Complication watch had 12 so-called "complications," including a bi-directional winding mechanism, twin-barrel and a perpetual calendar.

Patek Philippe's Model 1591 holds the world record for any stainless steel wristwatch sold at auction. This watch is believed to be the only stainless steel model 1591 ever made, one of only two of this model to exist to date.

This watch is the most expensive watch ever sold at Christie's, stamped with Patek Philippe's signature. There are five other examples of this 18-karat rose-gold wristwatch known to have appeared in public to date.

This Patek Philippe watch of 18-karat yellow-gold is a world time watch with an intricate design with polychrome cloisonne enamel dial representing the map of North America.

Sold at Antiquorum in

The Caliber 89 18-karat white-gold "clockwatch" has a total of 33 functions and is known as the most complicated watch in the world, including time of sunrise and sunset and dials for a second time zone.

The most expensive watch in the world was sold at Sotheby's, with intense competition for this prized watch. The estimate by Sotheby's for sale of the Henry Graves Supercomplication was a figure between $3 million and $5 million. Instead, intense competition drove the bids to more than $11 million. Henry Graves Supercomplication is a yellow-gold pocket watch with two faces and 24 complications. The watch took four years to build and holds the record for the most expensive watch ever sold.