Will Moneyball Be A Home Run or a Strikeout for Brad Pitt?

By Brian Warner on September 16, 2011 in Articles › Entertainment

On September 23rd, the film Moneyball takes the field nationwide and one major question will be whether or not this baseball story will be a home run or a strikeout for Brad Pitt. If you don't follow baseball, Moneyball is based on the book of the same name by Michael Lewis and is about Billy Beane, the General Manager for the Oakland Athletics.

The book Moneyball follows the true story of how Billy Beane built a strong team while dealing with a much lower budget than big name MLB franchises. In 2002, the Oakland Athletics had a $41 million salary budget, compared to a big name team like the New York Yankees who had a salary budget of over $125 million.

What Billy Beane did was go against the traditional techniques of drafting players by using a more economics-based approach to drafting and trading. Traditional scouting would use a more human approach and focus on basic stats such as batting average, runs batted in and stolen bases. Beane used a system called sabermetrics, that considered the economics along with the statistics of players, to ensure that his budget was spent wisely. Beane would draft players that he calculated as being drastically undervalued in the baseball markets. He then built an surprisingly competitive team filled with players who made fractions of their big league counterparts. This practice became known as "Moneyball" 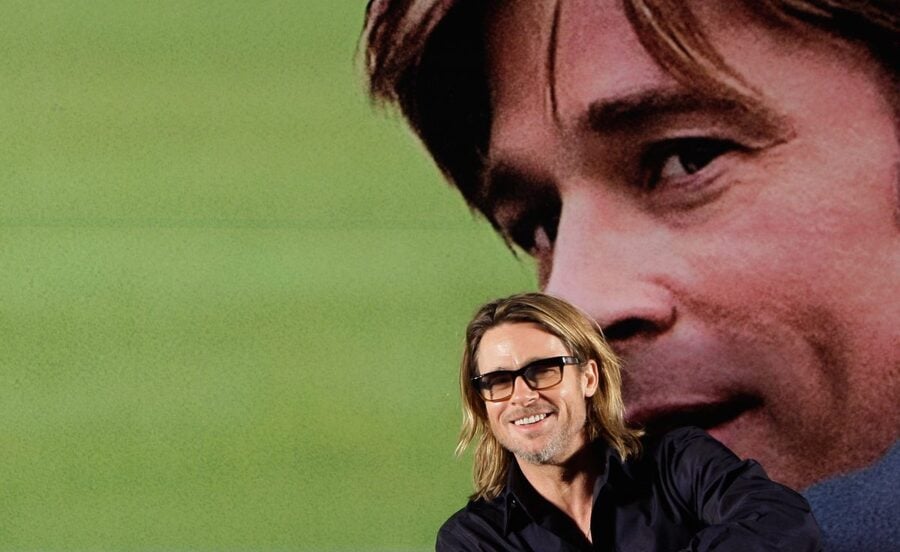 Now enter Brad Pitt, who was drawn to Moneyball, not so much for the Baseball history, but the human story of Billy Beane being an underdog challenging a time honored system. This "based on a true story" movie dealt with several problems during its production. It settled on its third director choice, with Sony having issues with the unconventional script for a sports movie. The script was re-written by Aaron Sorkin, famous for the West Wing series and more recently, The Social Network movie. And then by Steve Zaillian, famous for several movies such as Schindler's List, Gangs of New York and more recently American Gangster.

The movie has received mixed reviews from both movie critics and MLB insiders and fans. Some baseball fans are critical of inaccuracies and movie critics are skeptical of several plot problems. But then other baseball fans enjoy the spirit of the movie and movie critics are looking forward to the underdog story of Billy Beane Vs Major League Baseball. Brad Pitt also chews tobacco in the movie. This was for accuracy as Beane also chewed tobacco. The MLB was against chewing tobacco being portrayed in the movie and tobacco companies secretly loving it.

Are you a baseball fan and/or a Brad Pitt fan? What are your thoughts and predictions for this movie? Are you a supporter of the Moneyball theory or traditional scouting? How about on chewing tobacco: are you a fan, just disgusted or are considering starting because Brad Pitt can make anything cool?