How Much Money Does A Drug Kingpin Make? – Largest Drug Cash Seizure Ever

By Brian Warner on August 8, 2013 in Articles › Entertainment

After months of waiting, the final season of Breaking Bad airs this Sunday night on AMC. In the final scene of last season, Skyler brings Walt to a storage unit that contains a three foot tall mountain of money. There's so much money that Skyler has to use bug spray on the pile of cash once a week to kill termites. But that's just a fictional TV show. How much money does a real life meth kingpin make? You're about to find out thanks a Chinese fugitive named Zhenli Ye Gon who was caught in suburban Mexico with the largest amount of drug cash of all time, back in 2007.

Even if you're not a fan of Breaking Bad, you probably at some point have wondered exactly how much money someone can make as a drug kingpin. Throughout the past seasons of Breaking Bad, we have been given quick glimpses into the fictional financial world of meth producers. For example, at one point Walt is offered $3 million for three month's worth of meth cooking. That breaks down to $250,000 per week, $33,000 per day, $1388 per hour. In season three we are told that Walt's boss Gus Fring will make $96 million off three month's of Walt's work producing 200 pounds of meth per week. Not a bad haul. So is that at all close to reality? 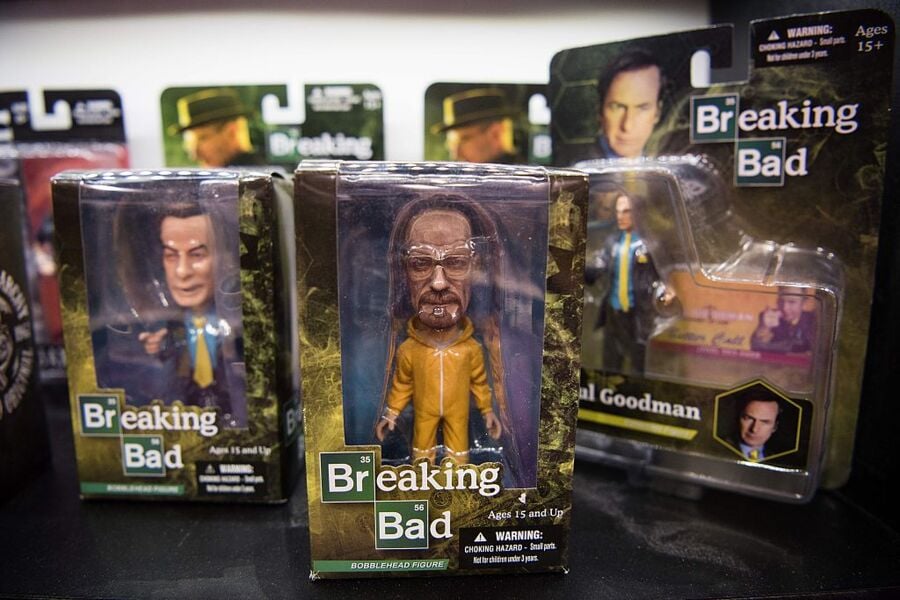 Meet 44 year old Chinese businessman Zhenli Ye Gon. Zhenli Ye Gon is a Chinese born Mexican national whose arrest has shed a fascinating light onto the bank accounts of major drug manufacturers. Zhenli Ye Gon initially moved from China to Mexico to run a legitimate import/export business called Unimed Pharm Chem México. Unimed Pharm Chem México was authorized by the Mexican government to legally import thousands of metric tons of pseudoephedrine and various other ephedrine products that have many legal uses like the manufacturing of NyQuil. Pseudoephedrine and ephedrine are also the primary ingredients in manufacturing methamphetamine which is why countries regulate their distribution so strictly. Sometime between 2004 and 2007, Zhenli Ye Gon began setting aside large portions of his legal supply of chemicals, so he could allegedly operate a side business producing mass quantities of meth.

Fast forward to March 15th, 2007 when Mexican drug police in conjunction with American DEA agents raided a suburban Mexico City home belonging to Mr. Ye Gon. During the raid, agents stumbled onto a normal looking back bedroom. What they discovered after opening the bedroom door was anything but normal. Stacked neatly and ordered by denomination, agents found a literal mountain of cash. Enough to make Scrooge McDuck put on his swim trunks. The cash, was mostly in US dollars took up nearly the entire floor space of the room. This discovery would end up becoming the largest seizure of drug cash the world has ever seen. Weeks later when the money was officially totaled up, agents announced the take was $207 million US dollars, $18 million in pesos, $200,000 in Euros and $113,000 in Hong Kong dollars. In addition to the cash, agents seized 11 Mexican gold bullion coins, many pieces of expensive jewelry, seven luxury cars and a war chest of automatic guns.

After four months on the run, Zhenli Ye Gon was captured in a Washington DC suburb of all places. He was taken into custody and the DEA requested he be extradited immediately to Mexico for trial. Ye Gon claims the he was forced by a violent Mexican drug cartel to keep the large amount of cash on behalf of the Mexican Secretary of Labor and that the money would be used in President Felipe Calderon's upcoming re-election. Incredibly, in 2009 the case was dismissed from the US Courts and Mr. Ye Gon was freed. He still faces trial in Mexico but so far the US government has not been able to force his extradition. I wonder how much Ye Gon was able to sock away in secret Swiss accounts and if it's enough to make him disappear into a world of anonymous fugitive luxury forever?! Whatever his fate, it's got to be better than Gus Fring's ending.