By Amy Lamare on February 6, 2019 in Articles › Entertainment

The Fyre Festival just keeps on delivering delicious news. Now, Kendall Jenner, Bella Hadid, Emily Ratajkowski, and other models, artists, and Instagram influencers who helped promote the Fyre Festival will be forced to disclose the terms and information about payments they received from Billy McFarland. A judge in New York issued an order to subpoena the celebrities who helped build hype for the upscale music festival in the Bahamas.

Subpoenas were issued for Jenner, Hadid, Ratajkowski, Hailey Baldwin Bieber, and others who were featured frolicking in the beautiful blue waters of the Caribbean in the promotional video designed to create massive FOMO for all who saw it were singled out by the judge. That video drove thousands of people to buy tickets for the ill-fated event that was supposed to take place over two weekends in the spring of 2017. 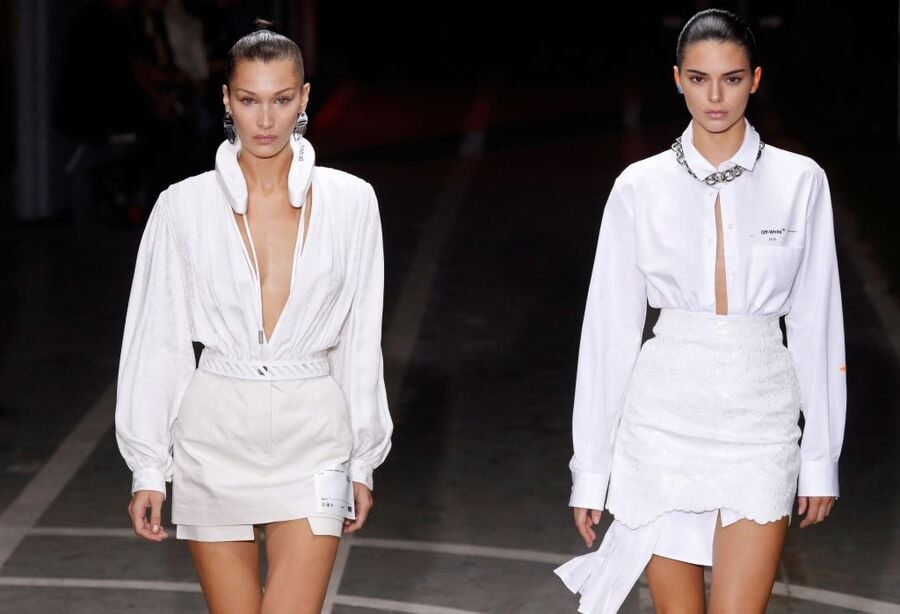 Almost two years later, the subpoenas are part of the investigation into what happened to the $26 million that McFarland raised from investors and spent in the months and weeks before the Fyre Festival fell apart, leaving the thousands of attendees stranded, people who worked on and for the festival broke, investors scammed out of millions, and eventually, put Billy McFarland behind bars in prison.

The investigation is seeking answers on $5.3 million worth of payments. IMG Models represents Hadid, Bieber, and Elsa Hosk – all of whom appeared in the viral promotional video for the Fyre Festival. Between November 2016 and February 2017, IMG received $1.2 million from McFarland. Kendall Jenner received a $250,000 payment in January 2017 for a post she later made on Instagram that members of Kanye West's G.O.O.D. Music family would be featured performers at the Fyre Festival. Jenner didn't disclose in the post that she had been paid for it, prompting an FTC warning about disclosure rules for social media posts. The post has since been deleted.

DNA Model Management represents Emily Ratajkowski. McFarland paid her $299,000 in March 2017. Jerry Media, the social media agency that orchestrated the social media campaign was paid $90,000 in March 2017 and was included on the list of entities facing a subpoena. Jerry Media came under fire for not speaking up about the warning signs that the festival was not going to live up to the high expectations of its attendees and for deleting complaints about the festival on social media.

The complaint is also seeking information from artists paid to promote or use the Fyre Media app, which was created to allow fans to book musician and celebrity appearances directly, without the need for a booking agent. Specifically, Soulja Boy is being investigated for a $115,000 payment in August 2016 and Waka Flocka Flame a $150,000 payment around the same time.

United Talent Agency is on the list for a February 2017 payment of $90,000. Paradigm agency was subpoenaed for $1.4 million in payments it received for artists booked at Fyre Festival. All in all, $1.4 million in payments were paid out to agencies representing the scheduled Fyre Festival performers. Blink 182 agency CAA received $250,000, another $250,000 was paid to ICM Partners for performers Migos, Lil Yachty, and Rae Stummurd, and Windish Agency and AM Only received $690,000 in payments for Major Lazer, Disclosure, and other acts.

Another 16 companies involved with staging, food and beverage, and travel at the event have also been subpoenaed in relation to $4.7 million in payments.

Attorney Gregory Messer was appointed to oversee the involuntary chapter seven bankruptcy of the Fyre Festival.

Billy McFarland is serving a six year sentence in federal prison after pleading guilty to multiple counts of fraud. He kept absolutely no accounting records during the months of planning the Fyre Festival and spending millions of dollars of investor funds.