It is a tale as old as time. As soon as one makes a lot of money, friends and family start looking for handouts. Some even feel they deserve them. It is a headache and a half for the person with the money. Just ask singer Ed Sheeran. After it was reported that he had made $57 million in 2015, he surely found out just who his friends were… and weren't.

The funny thing is, the publication that reported that Ed Sheeran had made $57 million got it all wrong according to the singer. He told Rolling Stone magazine:

"I was getting texts from people with pictures of cars going, I'd like this for my birthday, please. This one's only .06% of your annual income." 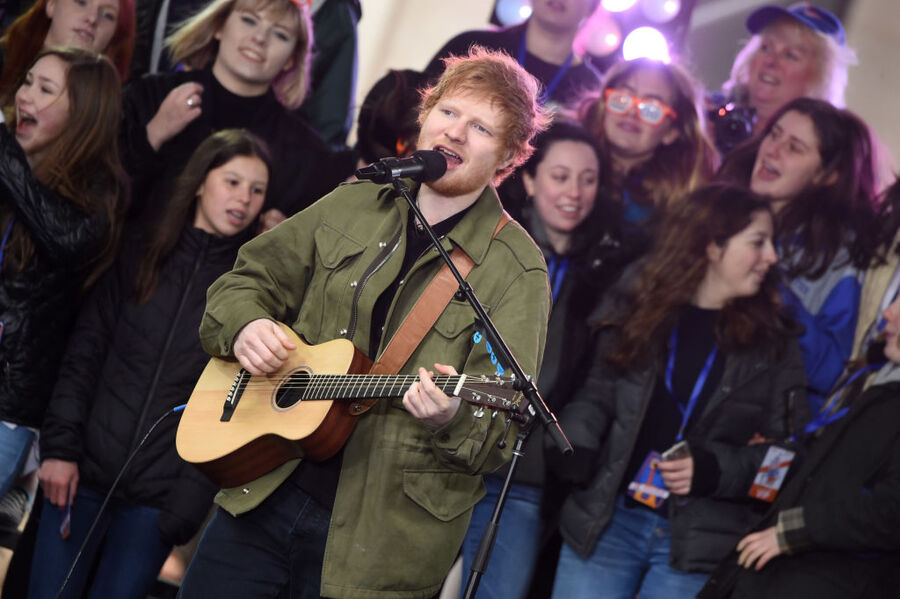 Can you imagine how annoying and infuriating that would be? There you are, enjoying your success and suddenly someone you thought was a true friend is looking for handouts. And from what Sheeran has said, that wasn't the only friend that contacted him looking for money.

As a result, Sheeran got rid of his cellphone. He uses his iPad to communicate and has a flip phone with a secret number for his family members, very close friends, and emergencies.

Last month, Sheeran confirmed on an appearance on "The Ellen DeGeneres Show" that he still pretty much only communicates via email off that iPad. It has made his life easier and less stressful. He is no longer waking up in the morning to 50 voicemails and texts of people asking him for something.

One thing that Sheeran didn't mind as a result of his reported wealth—at least before he got all cozy with his girlfriend Cherry Seaborn—was the influx of women willing to have a one night stand with him. It wasn't just his fame and wealth they were after though, they were also after Sheeran because of his friendship with Taylor Swift. Those dedicated Swifties will stop at nothing.

As Sheeran said to Ellen DeGeneres:

"Taylor's world is celebrity. I was this 22-year-old awkward British kid going on tour with the biggest artist in America, who has all these famous mates. It was very easy… I would often find myself in situations just kind of waking up and looking over and being like, 'How the f—k did that happen?'"