By Amy Lamare on January 8, 2014 in Articles › Entertainment

Miuccia Prada, the multi-billionaire heiress who runs fashion label Prada was not initially inclined to be a fashion designer or even a businesswoman. For much of the early part of her life, Mario Prada's granddaughter had no intention to set foot in the globally successful fahsion house that was founded in 1913. Instead of studying fashion or design in college, Miuccia Prada earned a doctorate in Political Science from the University of Milan. But her ambitions didn't lie in politics either. No, as crazy as it sounds, Miuccia Prada, the multi-billionaire heiress with a PhD in her back pocket, wanted to be a mime. 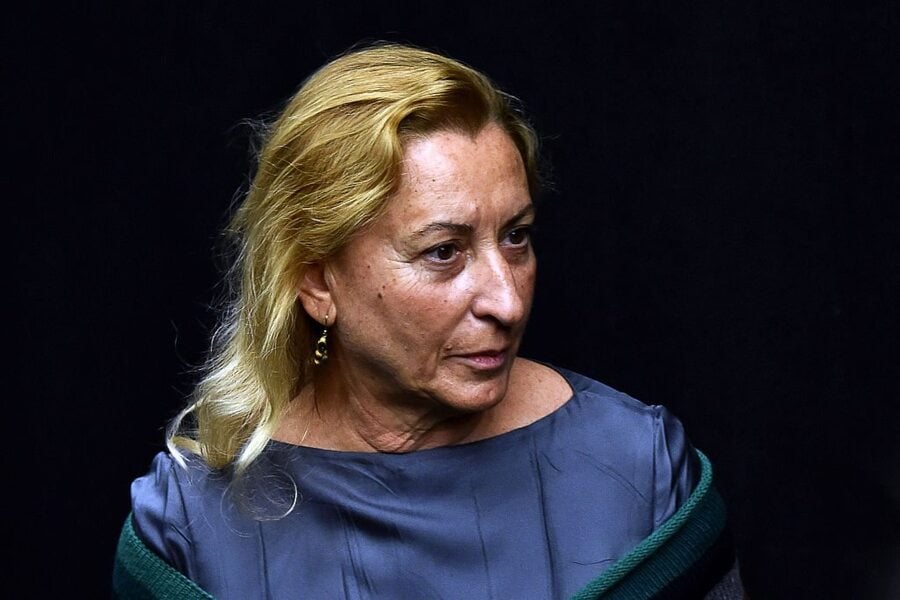 Miuccia Prada is the granddaughter of Mario Prada, the man who founded the famous fashion house as a leather goods manufacturer in 1913. Today Miuccia owns 28% of Prada and runs it with her husband Patrizio Bertelli serving as CEO. Since taking over the company in the late 70s, Miuccia has brought Prada to global prominence through strategic expansion, the addition of new product lines, and savvy branding. Today Miuccia Prada has a net worth of $6.8 billion.

Born May 10, 1949, Miuccia Prada grew up in and around the family business, which had started as a leather goods store on Milan's Galleria Vittorio Emanuele II. Perhaps it was this overload of fashion and accessories that led young Miuccia to start forging a path that was as far away from fashion and wealth as possible. While earning her PhD in Political Science at the University of Milan, Miuccia was a card carrying member of Italy's communist party. As if this wasn't embarrassing enough for he clearly ant-communist family, Miuccia's next move was even worse. After graduating with her PhD, Miuccia decided she wanted to become a mime.

Oh, yes, you read that right. The now award winning, multi-billionaire fashion designer went the way of Marcel Marceau. She began studying under opera and theatre director Giorgio Strehler at Piccolo Teatro, a theatre company in Milan. For the next five years, Miuccia performed as a mime. Frequently she performed on the street and received donations from strangers. Can you imagine giving a mime a dollar then finding out he or she actually was worth billions of dollars?

In 1978, After five years of living the mime life, Miuccia finally came to her senses and joined the family business. At the time, the house of Prada was still focused on the manufacturing of luxury leather handbags, briefcases, trunks, and other accessories. Around the same time as she joined Prada, Miuccia met a man named Patrizio Bertelli. Patrizio was a leather-goods entrepreneur who became one of Prada's largest suppliers.They fell in love and 1987 were married.

The influence of Bertelli on Miuccia and Prada was immediate. He was the one who encouraged Miuccia to expand the fashion house's lines beyond leather goods and into footwear and ready-to-wear apparel. Prada formerly owned a solitary flagship store in Milan, but staring in 1986, opened stores in New York, London, Paris, Madrid, and Tokyo. Prada currently has over 250 stores in 65 countries. 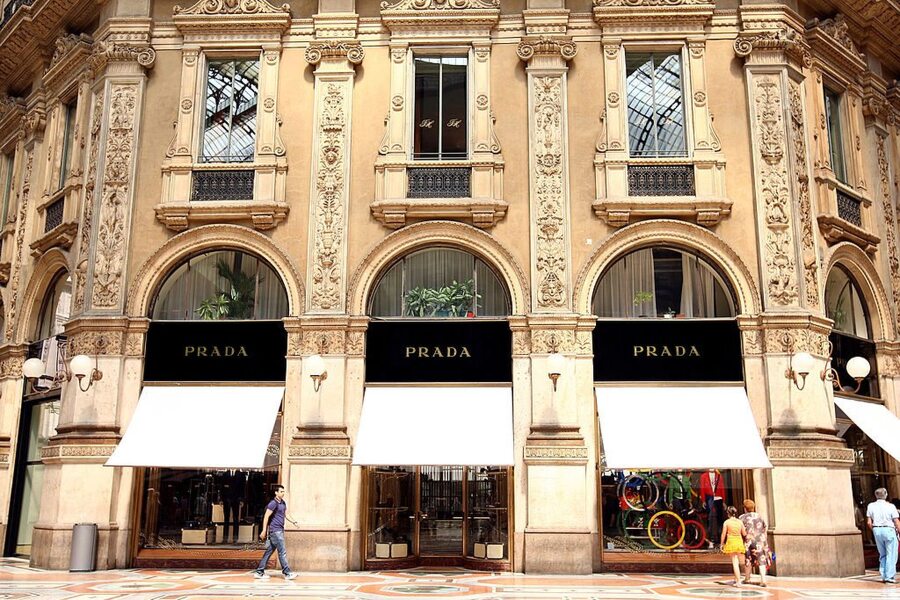 Miuccia Prada, doctorate degree holder, former mime, and now fashion designer found major success in 1985 when a line of black woven nylon handbags hit the market and instantly became a must have for fashionistas. (Like the Sam bag by Kate Spade, there are several of these classic black Prada bags in my personal collection.) The familiar inverted triangle Prada logo adorning the front of these bags made them an instant status symbol.

In 1989, Miuccia designed and debuted Prada's first ready-to-wear collection for women. It was met with high praise and critical acclaim by both the fashion industry and customers. In 1992 she launched a lower priced entry level women's line called Miu. The Miu line is inspired by Miuccia's own wardrobe and named after her own personal nickname. In 1995 she launched a menswear line that was instantly popular. 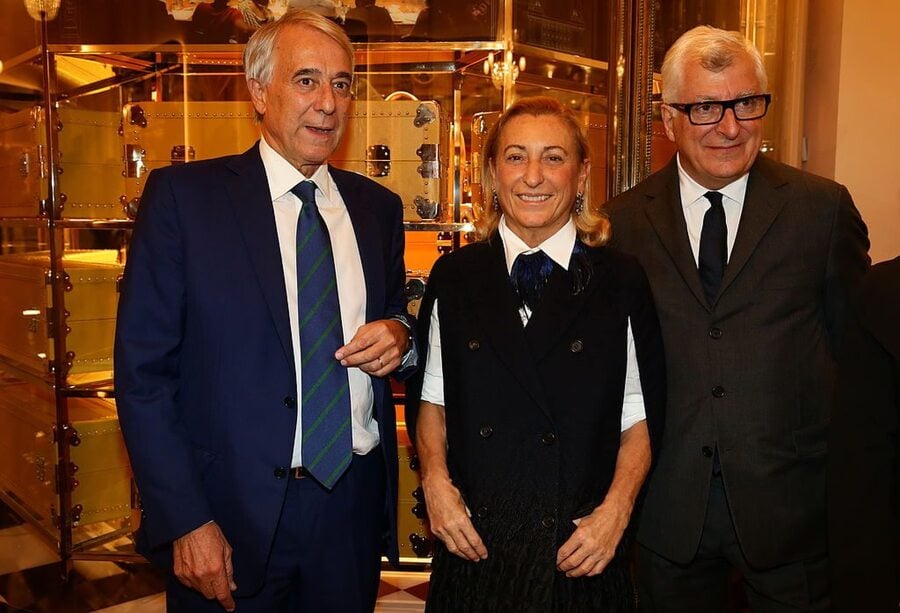 In 1993, Miuccia was honored with the Council of Fashion Designers of America International Award. In 1994, her lines were shown at fashion week in New York and London for the first time.

In 2011, Prada announced their intention to take the company public on the Hong Kong Stock Exchange. Miuccia and Patrizio aimed to raise up to $3 billion with the offering. The June 2011 IPO ended up infusing Prada with $2.14 billion in cash. There wasn't a ton of interest from retail investors, due in part to the weakened economy and the toll that had taken on luxury brands. Despite being slightly weaker than she hoped, the public offering still put $675 million in cash directly into Miuccia's bank account.

Today Prada, under the design direction of Miuccia, is known for minimalist, classic, and understated style that exudes cool and luxury. It's an effortless style that is very put together and chic. In 2003, Miuccia was named Chairman of the company her grandfather founded. She continues to run it with her husband, the company's CEO. Miuccia and Patrizio live in her childhood home in Milan. The couple has two sons, Lorenzo and Guilio. As of January 8th, 2014, Prada is trading at a market cap of $23.6 billion. That means Miuccia's 28% stake is worth roughly $6.8 billion. Not a bad chunk of change for a former communist mime.