How This Dancer Launched A $400 Million Fitness Empire

By Amy Lamare on October 25, 2015 in Articles › Entertainment

When I'm not writing for Celebrity Net Worth or working on my novel, I manage a fitness studio. Over the past year, we've seen an increase in students coming in from ClassPass. The startup fitness subscription service allows customers to visit any of their partner studios for a flat $99 a month fee. Basically, instead of paying $25-40 each for a barre, spinning, yoga, or boot camp class, you get to sample all four for that $99 a month. The catch is, you can only go to partner studios and you can only visit the same studio three times a month. It is a la carte fitness for those with short attention spans. It is a brilliant business and it is dominating the fitness industry. Payal Kadakia is the brains behind ClassPass and the CEO of the company that is valued at $400 million today.

ClassPass raised $40 million in new funding earlier this year and expanded to 34 cities in three countries, making Kadakia one of the biggest movers and shakers in the New York tech scene. This wasn't what Kadakia set out to do. 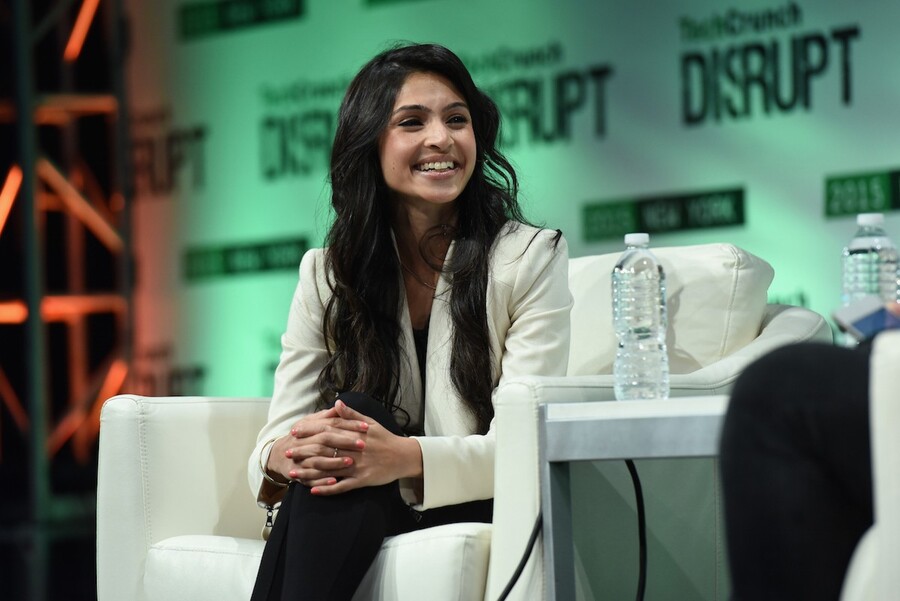 Kadakia attended college at MIT. While there, she founded her own dance troupe. Dancing was all she knew. She'd been dancing and performing since she was 3 years old. However, like many college graduates, she found herself working in the corporate world: Kadakia landed a job at Bain & Company.

She enjoyed the challenges of her day job, but at night, she had to make time for rehearsals. The thing about a job at a place like Bain & Company, is that it is assumed you will go to business school. When the time came for that, Kadakia realized that wasn't what she wanted to do. She quit her job and took a more flexible job at Warner Music Group and continued to dance in every spare moment she had.

Kadakia's dad wanted his daughter to go to business school. He told her to spend less time dancing and more time studying for the GMATs. Kadakia was hard at work perfecting something – her dance. She and her troupe were preparing for a big show. Her dad attended the show and watched as his daughter got a standing ovation from the audience.

In 2010, she took a trip to San Francisco to visit friends and noticed they were all working on creative ideas they loved. Kadakia, on the other hand, was feeling torn between her day job and dance. She didn't feel she belonged fully in the world of corporate day jobs, yet dancing for a living didn't feel worthy of her MIT education. She gave herself two weeks to think of an idea.

Kadakia flew the red eye back to New York City and was too tired to think on Monday. On Tuesday, she woke up and wanted to take a dance class to clear her mind. Instead, she wasted hours searching online to find one. Suddenly, she had an idea. Building a directory of fitness classes, like an OpenTable for working out, would help. Now in her early 30s, Kadakia was inspired to create ClassPass based in part on her dancing. She had trouble finding available dance classes at the time she needed them.  She had found her idea.

In January 2011, Kadakia quit her job at Warner Music to work on her startup. She spent a year and a half researching and cataloging fitness classes. The end result was a really pretty website. She was accepted into the TechStars incubator program in New York and launched Classtivity in July 2012. There was a lot of hype surrounding her new site. Kadakia put it out and waited for customers to come. They didn't.

Kadakia thought at first that maybe the website design wasn't intuitive or the checkout procedure for buying a class took too long. As it turns out, selling fitness turned out to be harder than booking a gym class. The trick was in getting people to show up to the class. Finding a class shouldn't be as hard as taking one. But finding a class isn't even as hard as actually showing up to one. The motivation to show up was the key to the whole equation.

Classtivity launched their Passport product. This let fitness enthusiasts buy a pack of 10 classes in advance. This was ideal for people who wanted to try a bunch of different workouts. The problem was getting those people to come back and buy another 10 class package. They also found that people were returning to classes they'd taken before, for example a barre class, only 15% of the time. Classtivity's goal was to get that number to 75% so that it would benefit both studio owners and Classtivity.

Since Passport wasn't living up to expectations, Kadakia went back to the drawing board and came up with a subscription model. Classtivity launched the $99 a month subscription on June 1, 2013. The first month there were only 35 users. The next month, they had 70. And then it kept doubling every month from there on.

Kadakia rebranded her company as ClassPass in January 2014. That was the same month they hit 1,000 users, putting the fast growing startup on the track for a $1 million year.

At the same time, Kadakia and her ClassPass employees started making plans to expand outside of New York City. They called this plan "Operation 2015." Kadakia wanted ClassPass to be in 20 cities by January 1, 2015. Not only did it hit that goal, it surpassed it. A bit more than two years after its launch, ClassPass is now in three countries (soon to be four with the addition of Australia) and 34 cities. The subscription price is still $99 and for that price, members can book fitness classes that cost as much as $30 per class to attend.

ClassPass is on track to pay out more than $100 million to studios. Oh, and by the way, the company will also make that same amount back from its users. Kadakia's vision for ClassPass is evolving beyond the fitness search engine that started it all. Rather than being solely about fitness, Kadakia sees ClassPass as a means to connect people with what they love and allowing them a way to try new experiences easily.

Kadakia plans to have ClassPass move from being just a fitness pass to more of a life pass over the next five years. She envisions incorporating museums, artists, music–things people can do with their time– into the business model.

Payal Kadakia has made a success of ClassPass in a very short amount of time. Do you suppose her dad is still eager for her to go to business school?